Those in the Know, Do Truly Know 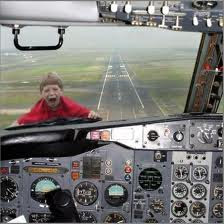 Every word a fully accurate description.

But as vile as some of the terms that A&G uses to succinctly depict them, it is even more so how governments around the world, non-stop cater to them and conduct public policy for their benefit.

This is all old news to those who loyally have stayed with us for just upon two full years this coming Labor Day..  You all know the deal.

This Yahoo! Finance headline kinda says it all & makes us disgusted..

'With QE3 Hopes Delayed, The Next Treasury Rally Begins'

Stocks are at a five-year high as of yesterday...  The greed of investors basically killed off their September QE3.  But they still made ample profit while the bottom 99% trudged along with no lifeboat in sight.. 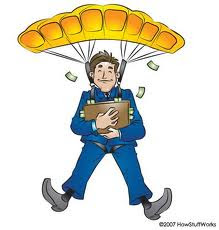 And the dogs know that at any time the market drops a little bit too much for the Fed's taste, that free QE money will be poured in... taxpayer money..  money added to the US debt..

But loyal readers, you knew that too, didn't you?

Apologies.. hard sometimes not to be a little repetitive when dealing with such economic stagnation--  will the stock market Ever drop and Investors get the Punishment they Richly Deserve?   Will Greece ever admit they are dead?   Will the Euro as a currency admit it is finished?

These same stories.. over and over.. months upon months.. in some cases, years... and we are forced to continually cover the repetition in the off-chance that there is resolution one way or another..

We at A&G believe strongly that there will be dramatic movement in the US and global economic situations this autumn and that the stock market will finally have a serious drop akin to 2008.

We did find three individuals who agreed with us and are betting heavy on the outcome we're predicting... They're not just any ol' simple Joe off the street..  They just happen to be three of the wealthiest people in the entire world: 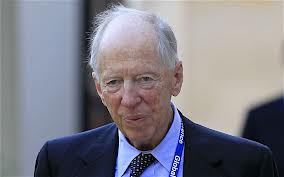 He believes that the euro is headed for quite a tumble.  From a recent CNBC article:  "You know the euro is in deep water when a doyen of the banking industry, Lord Jacob Rothschild takes a £130 million ($200 million) bet against it."

Seems like someone stands to make a pretty penny from the collapse.  And if/when there is a Greek default, or if Germany leaves the euro, or if a new currency comes along to replace the euro those currently betting against it will end up looking like geniuses... 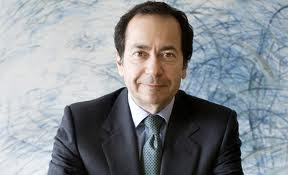 Paulson is a billionaire Hedge Fund Manager.  He made somewhere around 20 billion dollars betting against the U.S. housing market during the last financial crisis (the one we're still dealing with), and now he has made huge bets that the euro will go down and that the price of gold will go up.

From Der Speigel:  "The hedge fund manager once made billions by betting on a collapse of the American real estate market. Not surprisingly, the financial world sat up and took notice when Paulson, who is now widely despised in America as a crisis profiteer, announced in the spring that he would bet on a collapse of the euro. 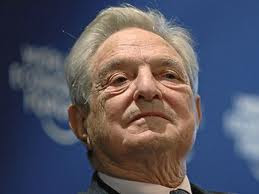 The Billionaire Investor has been putting massive amounts of money into gold in anticipation of the Euro currency collapsing.  In the last quarter alone, Soros has purchased $130 million in the commodity.

From a recent article in the UK Telegraph:

"There was also news last week in an SEC filing that both George Soros and John Paulson had increased their investment in SPDR Gold Trust, the world’s largest publicly traded physical gold exchange traded fund (ETF).  Mr Soros upped his stake in the ETF to 884,400 shares from 319,550 and Mr Paulson bought 4.53m shares... These are significant positions."

To those in America, who may only know Soros as the thorn in Conservatives' sides who started 'MoveOn.org' and tries to sway US elections,  in Britain, he was primarily responsible a few years back for dramatically weakening the UK currency and made a fortune from it.
Then there's this from MarketWatch about possibly another major player in the purchasing of gold.. Not a person but a nation:
"Within the gold market, there is unconfirmed speculation that China plans to buy up to at least 5,000 to 6,000 metric tons of gold and that it will start to buy during this year, according to Kevin Kerr, president of Kerr Trading International.
If China buys this much gold, that would exceed annual, global production of gold, he said. “We do not have enough gold for China to buy that much, and it will take China time to purchase this amount of gold.”" 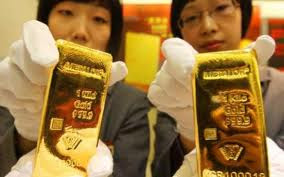 We do not advise people to buy or not buy gold.  That's not the purpose of this posting.. We have nothing to sell you and never will.  All investments that you make are your own and are ultimately 'caveat emptor' or 'Buyer Beware'
But to be honest, we're getting sick and tired of people--both the friendly, good intentioned sort and the arrogant smart-alecky type, not giving proper respect to what we do and the information we provide.
Yes, what we've been writing about has not come to pass yet..  Yes, it is certainly irritating when the financial elites come up with endless tricks and schemes to make those like us look like the tale of "Peter and the Wolf"
But here's the un-manipulated, non-propagandized truth:
Since '08, nothing has gotten fixed-- nothing was even attempted..
Everything was glossed over globally with trillions upon trillions of various currencies to keep zombie banks looking solvent and creating fresh new asset bubbles for the bottom feeders to profit from under the guise that their prosperity 'trickles down' to the common know-nothing on the street.
That as been the past four years in a nutshell.   The banks and other financial institutions simply could not fail!  You certainly could..  They couldn't..  Never. 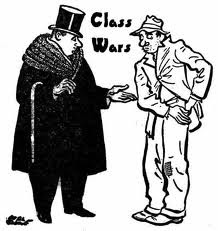 Four years ago, statistically speaking, 20% suffered dramatically in some way from the ongoing recession with probably half that number being people who would have suffered financially even if the economy was strong.   Then you have the 1-2% at the top who supremely prospered...
So what's left is approximately 79% somewhere in the middle who've either felt untouched or lives impacted minimally, not realizing over time the principle of 'lobster in a pot' is being applied to them; the slow eating away of their savings, their home values; the expiration of their welfare checks...
And because 79% do not believe themselves affected, believe their leaders will fix everything by themselves in due course, etc, there has been little to no vocal expression for change. The Occupy movement tried-- they were quickly caricatured and lampooned by the 79% to their demise.
We expect by some point this autumn, there's going to be economic turbulence.. and if you are a loyal follower of A&G, you never will say to yourself  'I didn't know'
Posted by dsasR at 11:34 AM