All Hands on Deck: How We Can Help Someone Who's Suicidal

With National Suicide Prevention Month starting this September, now is the time to raise awareness. 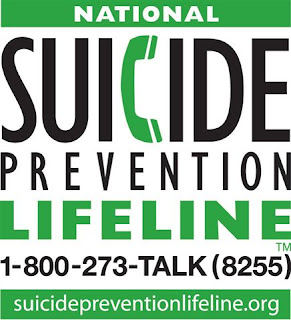 The whole world has felt the impact of recent reports about suicide. The suicide rate in the U.S. military reached almost one a day this year, meaning more U.S. forces died by suicide than in combat in Afghanistan. A UK study published earlier this month showed 1,000 suicides to be linked to rising unemployment and the recession in Great Britain, while the rate of suicides in Greece has reportedly skyrocketed in a time of economic crisis.

Suicide is not just something we hear about in the headlines. It is something that affects us all on a personal level. Almost 1 in 5 people have been personally impacted by a suicide. You never know when someone you care about may become at-risk. It is, therefore, invaluable to gain a better understanding of what goes on in the mind of someone who is suicidal, so we can help them win their battle against the distorted perceptions that are leading them toward this ultimate act of self-destruction.

Taking an "all hands on deck" approach to suicide prevention can truly save lives. Knowing the warning signs for suicide and the helper tasks that can prevent a suicide equips us with powerful tools for assisting those at risk. It should give us hope to know that suicidal people are ambivalent. Suicidality exists on a continuum and is not a black-and-white subject. I recently attended a presentation given by psychologist and suicide expert Dr. David Jobes, when he was receiving a career achievement award. His talk focused on new studies regarding ambivalence in suicide. Dr. Jobes began his presentation by showing a stirring image on the large screen of a man standing precariously on the side of a bridge. Although his feet were mere centimeters from slipping from the ledge, the man's arms and hands gripped tightly to the railing, clinging on for dear life. Even as he stood on the verge of jumping, his grip showed the will and strength of a man who somewhere inside knew he was ambivalent about taking his own life.

This example reminded me of my friend Kevin Hines, who I got to know when making the documentary Understanding and Preventing Suicide. Kevin was 19 when he jumped from San Francisco's Golden Gate Bridge. He was one of only 28 people in history to have survived that jump, and, like all 28 of his fellow survivors, Kevin regretted his decision as soon as he leaped from the bridge. In an interview for our film, Kevin recounted, "At the split second I hit freefall, I didn't want to die. What did I just do? The voices were gone. I was right there, facing ultimate death... I said God, please let me live."

When a person is in a suicidal state, they are not acting in their own best interest; they are turned against themselves. They are operating in trance-like conditions, in which they are listening to the directives of a cruel, internalized enemy, what my father psychologist Dr. Robert Firestone has referred to as the "anti-self" or the "critical inner voice." We all possess an "anti-self," a self-destructive side that tells us we are worthless, undeserving, or even that we shouldn't exist. We formed this anti-self out of negative early life experiences, painful or traumatic events, and destructive attitudes directed toward us that we internalized. This "anti-self" can drive us to be self-critical, self-hating, or at its worst, self-destructive. However, each of us also possesses a "real self," a part of us that is goal-directed, life-affirming, and that wants us to thrive in our lives. The battle between our self and our anti-self is one we all must face when it comes to living our lives to the fullest and being who we have the potential to be. For a suicidal person, this battle can mean the difference between life or death.

In Dr. Jobes' presentation he described his research, in which he's found that there are three groups of suicidal patients that vary in the degree to which they want to end their lives. What Dr. Jobes found is that even for people who were at the highest risk and who fell on the extreme end of the suicidal spectrum, there were subtle signs of ambivalence in their actions.

Both Dr. Jobes' data and the research we've conducted at The Glendon Association supports that suicidality exists on a continuum. No matter where they fall on this continuum, there is hope that people can emerge from a suicidal state -- a state that has been proven to be, in most cases, both transient and treatable. When suicidal individuals are reached out to, when they've learned ways to be resilient in dark moments, to stand up to their anti-self, and to reconnect with their real self, lives can be saved.

When we go about helping a suicidal person, we always want to connect with the part of them that wants to live and do nothing to support the part that wants to die. We must look at any behavior or activities that have helped them feel better in the past and encourage them to engage in these when they start to have suicidal thoughts. It's important to help these people to remember the things that light them up, interests they still have and to pursue in these activities, even when they're critical inner voice is persuading them to do otherwise.

We must also make an effort to orient suicidal individuals toward the future. We can help them to create meaning out of adversity. For example, after having amazingly survived an almost certainly fatal method of attempting suicide, Kevin was able to reconnect with his desire to live and find purpose in helping others. Kevin is an advocate for mental health and spends his time educating people and speaking on suicide prevention. He has found meaning and fulfillment in his own life.

Just as Kevin realized he was operating under the influence of his "anti-self" when he made his attempt, people at risk can recognize that when they're feeling suicidal, they too are seeing the world through a negative and distorted filter. We can also think about our own ambivalence in relation to our lives and, even though not as serious, it can help us have compassion for the struggle this person is facing. An important question to ask them is how did you come to feel this way.

By taking time and showing that we care and that they're not alone, we can help people to feel connected. Two conditions that can lead to suicide involve a person feeling that they are a burden and that they are disconnected and alone. We can help someone immensely just by letting them know that they matter to us and that they are not on their own. As a colleague of mine, psychologist Dr. Sheldon Solomon, has said: Every person should feel that they are a "significant contributor to a meaningful world." And this is the truth. We all matter to someone, even when an inner critic convinces us differently. We all have the capacity to create meaning and to lead rich lives. This is a possibility that defies nationality, class, and culture. We can all get through dark times; we can choose life, and we can come out stronger in the process.

There are many helper tasks and techniques that can help prevent a suicide, which I've introduced on the website PsychAlive.org, along with the warning signs for suicide. This September, in honor of National Suicide Prevention Month, I'll be hosting a free Webinar for the public and a CE Webinar for professionals that will help educate attendees on how to identify and help suicidal individuals. You can learn more about these online presentations at PsychAlive.org.

If you or someone you know is in crisis or in need of immediate help, call 1-800-273-TALK (8255). This is The National Suicide Prevention Lifeline, a free hotline available 24 hours a day to anyone in emotional distress or suicidal crisis. 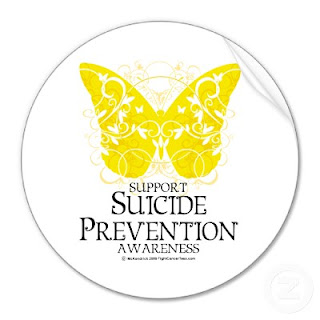