Can't have 'Confidence' without the 'Con' 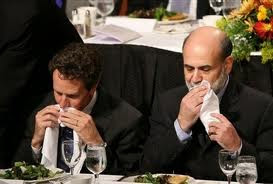 Bernanke:  "Ever notice how food tastes so much better when knowing fewer have access to it?"
Geithner:  "Nom Nom Nom" (continually nodding)

Today's the first day in quite a few weeks that the insidious stock market has dropped triple digits a trading day..  As of 3p, its -105pts down to 13,067..

Guess those Wall St bloodsuckers haven't given up on trying to get that mid-September approval of QE3..  we wonder if this is a one-day "profit taking" adjustment (as CNBC loves to say) or the beginning of the 'dogs' intentionally starving themselves of profit for a couple weeks before the big hand-out?

In a perfect world, we would take an eraser in one hand, piece of chalk in the other, and properly adjust that over-inflated Dow number to something accurately reflecting the True state of the US economy as it exists this moment.. 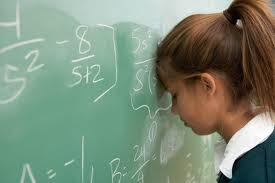 But as with everything in life, every designed action has a specific set of purposes behind it.  The Fed's goals were as follows:

1)  Provide a means of continual back-door bailouts to zombie banks and financials by purchasing their toxic debt at over-valued prices to guarantee the banks would make sizable profits while preventing 'mark to market' which would show the enormity of the debts which banks hold on their balance sheets; the Fed would take intentional losses  --  Check (success)

Example:  You are desperate for $$.  We can't simply just give you what you need.  But, we observe you recently had a bad flu and have quite a lot of really nasty tissues collected in your waste basket.  So we will "cleverly" offer you $50 per yukky tissue which we will immediately discard, you have your $$ and no one can legally say we simply 'Gave' you free money.

2)  Allow those greedy banks to make profit both by selling the toxic crap way beyond its value, but pay the banks to hold that money in deposit for them.

Yes- that is correct.  After the Fed gives $$ to the banks, it pays them at a rate of 0.75% to Not lend that money out to the public i.e. home loans, car loans, etc.    It thinks it can cleverly control the rate of dollar devaluation this way.

Its one thing to physically print trillions in money- that devalues what's currently being used in everyday transactions gradually i.e. 'lobster in a pot'.    But if the lent $$ got out to the public, then people notice everything go up in price 100-200% within weeks and the US becomes Egypt.

So banks and financials get rewarded twice for being 'too big to fail', the populace does not benefit in any way, and the greater society is kept manageable --  Check 3)  Give the impression to millions of Americans who do not pay any attention to financial or economic news outside of what the Dow is today, that the nation is on a path toward continual, sustainable recovery.

The everyday 'Joes' and 'Jolenes' end up being happy and docile even though their lives haven't improved an iota, and politicians love it because they're not forced to pass watered-down legislation that may anger their biggest campaign contributors. -- Check

Example:  You're waiting a very long time in line at the bank to make a deposit.  Ten people are in front of you and you're losing your patience... But you finally see some positive movement: the one teller available to serve the public now takes the next customer in line.

You're still ninth in line and going to be there an eternity but that one action of minimal line movement convinces you to remain patient, calm and... here's that magic word.. its coming... wait for it...  ''Hopeful"

Everyone is blissfully ignorant that nothing was done to fix what caused the recession to occur in the first place.   And as long as soothing words tell us 'Help' is on the way, and we still have a few nickles left in the savings jar to ride it out, we will. 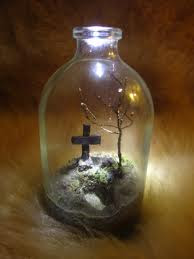 The Fed along with the US Government (remember the Fed is a private bank; as 'Federal' as FedEx) have treated all post-WWII recessions the same..  Do the absolute minimal to convey that there is recovery, get the masses to believe it, then when they open their wallets and purses, it becomes via confidence something self-sustaining.

Its no different than that first time someone taught you to ride a bicycle.  You're nervous and fearful you will fall..  The other soothes you with (lies) words to the effect that they won't let go...  that nothing will happen...

So you start to ride with the other person holding the back of the bicycle to give it support, and once you start pedaling, he/she lets go... And you're riding your bike joyfully, never looking back; head in the clouds on the assumption that the other's hand is still steadying the bike.

Yours truly had a different experience.

A trusted person was holding the back of the bicycle and promised not to let go..  the ride begins and I instinctively glance back to discover no hand steadying the bike.  In anger, I allowed the bike and myself included, to fall off onto the grass, yelled at the person who deceived me and Never Ever trusted that person again... Ever!

Most people want to be lied to... Want to be told everything is OK and things will all work out so don't worry... go back to normalcy or to paraphrase President Bush to a scared nation after 9/11, 'Keep Shopping' 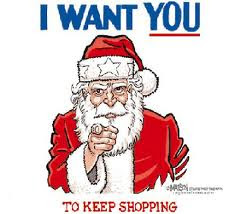 And then there's some.. statistically not many, but some who won't simply tolerate that.   They want to actually see some plan in motion to get the economy moving.

People-- you know, we're pretty amazing when you think about it.  Amazing how much we put up with; how much we take.  Our 'breaking point' never seems to have any Snap! to it... just a lot of bend.

Look at Greece-- their people have nothing.  If there was such a category as '4th world nation' that would be Greece -- financially gutted, privatized, severe unemployment only worsening with more austerity on the way... the financial equivalent of being raped and tossed into a ditch...

The Grecian people -- such dead dogs -- couldn't even muster the spirit and pride to vote for a political party who was going to tell the ECB, IMF, et al to go to Hell... no spirit to rise in unison against their oppressors. 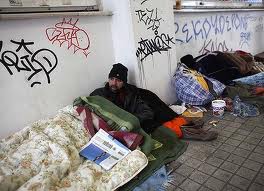 America is in far better shape economically than Greece but that's really like saying 'Celebrity Apprentice' is a far superior quality TV show than 'So You Can Dance!'

Imagine how many more years of middle and working-class destruction we all will be passively accepting before we eventually get to the Grecian levels of today?