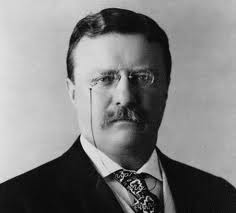 To wind up another utterly unmemorable week in markets and the like, we thought we'd give Wall St the respect it deserves by completely ignoring it, and writing on something more interesting for the weekend edition.

The Presidential version of 'American Idol' is happily nearing an end.  And like it or not, one of the two remaining candidates will win in November.  And whoever that person is, he will bring with him a Grade-A goofball as the Vice President.

But rather than focus on the depressing present, we're going to wax nostalgic and take a trip into our nation's past.    In the last 100 years (1912-2012), the nation has seen 18 men take office and swear allegiance to the Constitution.  And some even meant it.

We've had everything from capital-G 'Great' Presidents to garbage with many in between.  Both political parties represented with aplomb and with shame. 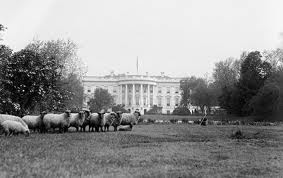 So we at 'A&G' have decided to grade each President specific to economic and fiscal policy decisions as well has how each has handled financial crises which appeared sudden under their watch.

We don't focus on sex scandals, handling of war(s), or Constitutional crises.  Being a good communicator, likability or how often if any that person was re-elected, will play no bearing in how we grade each President.

Because this is a lengthy exercise and not just simply a Grade with a couple words tossed around, we decided the best way to present the information to you was in three parts...  Part I will be 'Taft to FDR';  Part II will be 'Truman to Ford';  Part III will be 'Carter to Obama'

You may agree or disagree-- that is quite OK.   It means you care.

One last thing- Because Teddy Roosevelt served as President prior to 1912, we did not include him in the grading 'officially' but if we had, 'A&G' would have given his Presidency a grade of A- on economic/financial matters.  We just wanted to give the 'Trust Buster' his proper respect..

And now we begin: 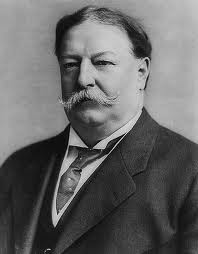 Some background first:  Taft was Teddy Roosevelt's VP and when Teddy boxed himself into a corner by promising in 1905 he wouldn't run for re-election, it opened the door for Taft to win.   Roosevelt tried to run again in 1912 under a 3rd party ticket  (Bull Moose Party) but it split the Republicans in two and allowed Woodrow Wilson to win the election.

On the positive, Taft's domestic agenda emphasized trust-busting, civil service reform, strengthening the Interstate Commerce Commission and improving the performance of the postal service.   On the negative, he signed into law the 16th Amendment which was introduction of Income Tax.

Because he was an academic more than politician, Taft was not very popular by many and alienated many in his own party.  He's widely forgotten today outside of the fact he weighed over 300lbs.  Later, he was nominated to and served on the US Supreme Court, even becoming its Chief Justice-- a position he was much more comfortable with. 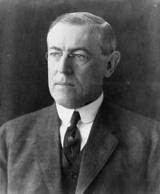 Some background first: Wilson is famous for being President during WWI; a war he promised he'd keep the US out of until the bankers let him know in uncertain terms that their billions upon billions in loans to Britain, France, etc.. would never be re-payed (defaulted upon) unless US entered the war and turned the tide vs the Germans.

Wilson also tried to push forth his 'Fourteen Points' plan at the post WWI conference at Versailles; it was mostly ignored.  For time constraints, we won't get into it here.

Economically, Wilson did many good things such as: Federal Trade Commission Act (authorized to issue “cease and desist” orders to large corporations to curb unfair trade practices), the Clayton Antitrust Act (sought to prevent anti-competitive practices), the Federal Farm Loan Act (aimed at increasing credit to rural, family farmers) and child labor was curtailed by the Keating–Owen Act of 1916

But the black mark for Wilson economically was passing the Federal Reserve Act which gave birth to that Creature that sucks the lifeblood of the US economy; a private bank called the Fed.  It took those bloodsuckers 5 years to pass legislation to create the Fed-- Roosevelt and Taft fought it; Wilson approved.

In addition, the US suffered a post-war recession in 1919 as the nation tried to shift from a war economy to peacetime..  it was a severe recession but also extremely quick, and by 1920 the nation was prospering again..

If not for the Federal Reserve Act, we'd give Wilson an A-, but we can not ignore how horrible that parasite, the Fed has been for this nation as it continues its sole function of putting banks before anything/anyone else.   So we gave Wilson a B- 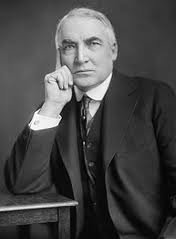 Harding died midway through his one term in office.   Its hard to say much positive about the man-- a total immoral (politically and sexually) scumbag who rewarded friends and political contributors, referred to as the Ohio Gang, with financially powerful positions.

The highlight (or lowlight) of Harding's Presidency was the notorious Teapot Dome scandal (a bribery incident where the Secretary of the Interior Albert B. Fall leased Navy petroleum reserves at Teapot Dome and two other locations to private oil companies at low rates without competitive bidding)  Fall and several of Harding's appointees were eventually tried, convicted, and sent to prison for bribery or defrauding the federal government.

Really nothing positive to say about him economically or otherwise. The 1920s under Coolidge was a prosperous time for most people.  It certainly was for Wall St.  Markets kept rising.. So did the profits..  A belief took hold that nothing could ever alter the economic direction in the nation from going Up, Up, Up.

Coolidge was the father of laissez-faire capitalism which refers to the belief in a truly free market where with very few exceptions, government gets out of the way of the private sector.  The market will regulate itself, weed out the baddies and conduct itself appropriately without need of legislation, regulation or tariff.  The private sector establishes wages, work conditions, etc and if the employee doesn't like it, he/she is free to leave...

Coolidge was fiercely anti-organized labor, taking an active role in crushing Boston police officers who tried to form a union then later went on strike.  Coolidge directed all the officers to be fired and a new police force to be hired.  Later in 1981, Ronald Reagan would use this as his inspiration for dealing with the Air Traffic Controllers' strike.

If 'A&G' was a fiscal conservative blog, we'd grade Coolidge with A+.  If we were an extreme-leftist blog, we'd grade Coolidge with F-.  Because we are neither, we decided to give 'Silent Cal' a grade of C- because economically times were bustling for many people during the later part of the 1920s and when you compare it to what life was like in 1930, he deserves some credit.

Overall however, we will say that laissez-faire does not work...never has.. never will.  It is much like steroids-- both will give quick, dramatic results with many immediate benefits, but the downside comes just as quickly with major negative side-effects that last far longer than the initial plusses achieved from it. 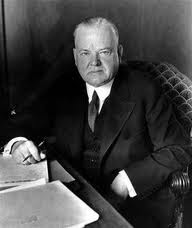 People like to blame Hoover for the Great Depression.  It occurred in late 1929 and Hoover was in office, thus it had to be his fault...    No.   Hoover can be criticized for policies after the stock market crashed but not for the act in itself.  It was a culmination of 9-10 years of continual prosperity which transferred itself into continual greed and excess.

And actually, we are not critical with his post-market crash policies because they were the correct decisions.. its just the economic collapse was simply too severe to be fixed in one 4 year term of office.

Hoover is fascinating in that he tried to combat the ensuing Great Depression with approaches not expected stereotypically by a Republican: volunteer efforts, public works projects such as the Hoover Dam, tariffs such as the Smoot-Hawley Tariff, (it raised U.S. tariffs on over 20,000 imported goods to record levels), an increase in the top tax bracket from 25% to 63%, and increases in corporate taxes.

These initiatives did not produce economic recovery during his term, but served as the groundwork for various policies laid out in Franklin D. Roosevelt's New Deal.

We believe the reason the Great Depression lasted as long as it did, wasn't because of any failings necessarily on Hoover's part but that it was the first true global economic collapse.

Germany was supposed to pay war reparations to France and England which they would take and repay the US for loans our bankers and government gave out.  But demanding money from a dead horse like Germany back then is like trying to extract it from Greece today.  So Germany's economy melted, the rest of Europe could not repay the US and melted too, and then the US got pulled up under the tide.

Only one nation ever fully repaid its WWI debts to the US:  Finland.

So when all things are considered, we graded Hoover a B-.  His policies were the right ones (especially taxing the wealthy and the corporations). But he simply did not have the time to see his policies implemented while his laissez-faire Republican party fought him tooth and nail on every public and social policy, then besmirched Hoover's name for many years after as 'the cause' of the mess. 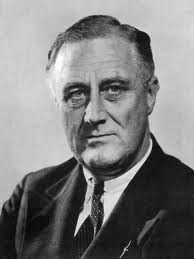 We write the most minimal on the President who is the most well known of the list thus far..

In his first hundred days in office, Roosevelt spearheaded major legislation and issued a profusion of executive orders that instituted the New Deal—a variety of programs designed to produce relief (government jobs for the unemployed), recovery (economic growth), and reform (through regulation of Wall Street, banks and transportation such as the SEC {Securities Exchange Commission}).

Roosevelt also introduced unemployment compensation, Social Security for the elderly and disabled and Medicare to America (Germany was the first nation to implement such programs for its people).

The economy improved rapidly from 1933 to 1937, but then relapsed into a deep recession which took America's entrance into WWII to officially get out of.