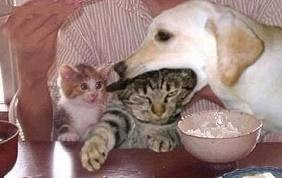 We start today's posting with a story-- don't worry, its relevant...

Once upon a time, there were a pack of dirty, mangy dogs.  They had no home or family to love them, and out of mutual self-interest, would travel leaderless in packs looking for food, shelter and such.

Over time, as they roamed the local streets and alleyways, they were always aware of where the latest handout scraps were to be found.  So if a particular spot threw out its garbage once a week, the pack of dogs eventually learned it didn't serve any need to visit before or after that period.

Their favorite visiting spot was a place called 'Bernanke's Bakery' because the old, grey-bearded owner Ben would throw lots and lots of food out. Not just any food mind you... Good, Quality food much more deserving for people.

But since Ben valued dirty dogs over hungry people, the dogs got the food.

In fact, unlike most places the dogs would visit, Ben welcomed the motley bunch, speaking to them as if they could understand each other, and promising an enormous amount of food upon the next visit.

Usually to prepare for this, the dogs would purposely go without out food for a few days, starving themselves purposely so they could fully engorge upon the bounty of edible delights being thrown out the back door by Ben. 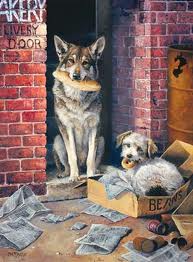 Problems soon arose though...  Ben kept promising an enormous amount of food then failed to deliver.  The dogs would starve themselves for nothing and leave Ben's bakery quite angered.

So one month after continual promises are made, Ben is finally ready for the enormous dumping of quality food out the back door to the dogs..

But this time the dogs appear quite over-stuffed with food.  They simply weren't going to wait.  The dogs filled their bellies with rot and crap, and now were too full to eat from Bernanke's Bakery.  And both Ben and dogs looked at each other with resentment.

Eventually Ben had no choice but to throw all the quality food into trash bags (no way he was going to ever feed the everyday person) and the dogs slowly trudged away, but not before Ben promised the mangy pack if they come back next month, another buffet awaited.

Problem for them is, they weren't willing to forgo quick, cheap profits for 3-4 weeks to allow the stock market to drop enough to provide political cover for Bernanke to act..  They chose to fill their putrid 'bellies' with empty junk 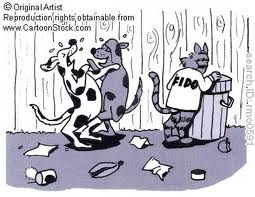 And now the stock market is at a new pre-2007 recession high..  The bull market is continuing to rally up, up up...  Jobs reports and Consumer Confidence manipulated to show improvement so to help Obama get re-elected...

They pretty much killed any chance of QE3 before the election.

Expect Bernanke to speak on August 31st and say they're keeping tabs and ready to act, etc.. But it would be a shock.. a total shock if the capital-I Investor mongrels get their QE fix now...

And all because their insatiable greed was So Intense, they couldn't forgo profit-taking for a mere week or two, in order to get the 'golden goose' of QE3 that would have probably pumped at least Another $1 Trillion and caused by some accounts, another 1000 pt artificial spike.

We guess in ranking order, after seeing professional Investors lose their life savings and capital to make future deals, being #1 on our 'happy' list,  this short-sightedness and deprivation of easy money for a bit longer, would have to fall somewhere in our Top 5. 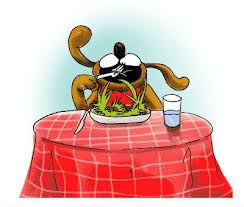