Taken In Broad Daylight -- Starring James Van Der Beek and Sara Canning, the film is based on the true story of Anne Sluti, a young girl, brutally kidnapped from a Nebraska mall parking lot, keeps her head together, makes herself useful and leave clues in order to stay alive during the six and a half day, 1500 mile journey where she ultimately negotiates her own safe release.

WHERE: Private Estate in Encino Hills (address provided upon confirmation).

Born in New York City and raised in Paris, France, Melissa grew up in a bilingual home spea

king both French and English. A disciplined student, Melissa excelled at academics but was intrigued by the freedom of expression she found in theatre. At age ten, already mature beyond her years and seeking an artistic outlet, Melissa was 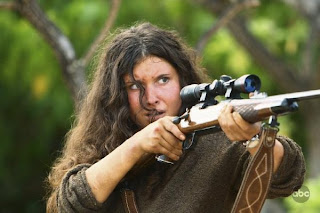 accepted into the exclusive Bilingual Acting Workshop for professional actors in Paris.

After finishing high school, top in her class, Melissa postponed her business studies at the University of Pennsylvania to travel to Los Angeles to focus on her more artistic propensities such as writing and theatre.

After spending a year in Los Angeles, and on the verge of departing for the East Coast Ivy League university, Melissa was discovered by her manager in an acting class. Almost immediately, she booked the role of Young Danielle Rousseau on the hit ABC series "LOST," a guest role on CBS's "Cold Case" and a supporting role in HBO's "Temple Grandin" starring Claire Danes. In addition to pursuing a professional career, Melissa is currently at the University of Southern California, in the Thematic Option Honors Program. She is pursuing a major in Political Science, minoring in history.

Farman is represented by Peter James, of Prodigy Talent Group.

For more information on Ms. Farman please go to: www.MelissaFarman.com 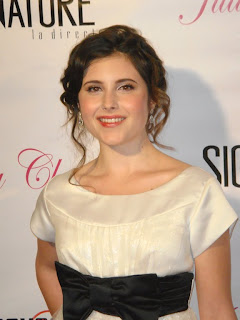