Be Design kicks off the holidays with Be Bash 3, Run DMC and The Brave Foundation 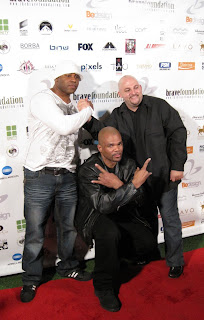 WHO: More than 650 invitation-only guests will be attending this star studded event, featuring some of the hottest entertainment in Hollywood. Major players in the industry from both the creative and executive arena will be attending. The guest list includes executives from Sony, Paramount, Fierce Entertainment, Lionsgate, Warner Brothers, Universal, Vivendi, Focus Features, The Weinstein Company, Bravo, USA, Magnolia, MTV, BET, Motown and many more. 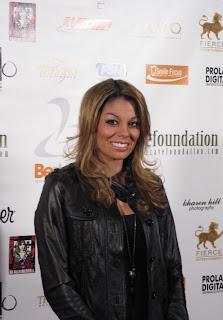 WHY: Be Design, one of the leading advertising agencies amongst the Hollywood studios, networks and celebrities themselves strongly believes in giving back. This year they have partnered with Shyan Selah of The Brave Foundation, to raise both funds and awareness for keeping the arts in schools, giving "every child the opportunity to flourish."

In addition, some of Hollywood's chart topping talent is expected to attend. From The Brave Foundation Founder, Shyan Selah with RUN DMC, with one of Hollywood's hottest bands UpGround, performing salsa, reggae and funk. UpGround is a young team of talented youth from East LA who focus their energy and talent into music in their 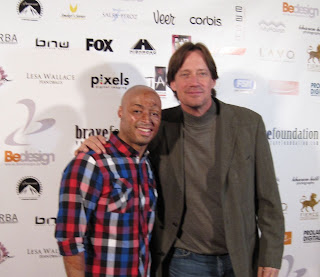 spirited support for the arts, and they have been present at the previous Be Bash events. UpGround has proven to be a hit and an inspiration with younger audiences with their unique style and talent range. T-Killa will also be performing as well along with renowned DJ Rocdusa.

Be Design's BeBash 3 is being held at celebrity hot-spot My House. 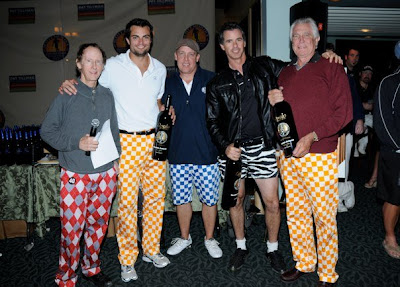 saw today that spirit triumphs schedules and pocketbooks. The Tillman Foundation changes the lives of people every day, our goal was to contribute to their being able to continue doing that, and everyone, from players to sponsors, family to friends, has made that a reality."

The tournament, which was held at the stunning Malibu Country Club was won by the all-star team of George Lazenby (aka James Bond from "Her Majesty's Secret Service"), Scott Elrod (who many remember as "Cash" from ABC's "Men In Trees") and businessman David Katz. A close second, and almost winners of the hole-in-one grand prize of four new Mercedes-Benz' from W.I. Simonson Mercedes-Benz were Michael Chiklis star of FOX's "The Shield", Kenny Johnson also from "The Shield", Stephen Bishop (star of "The Rundown") and TNT's Aldis Hodge from "Leverage". 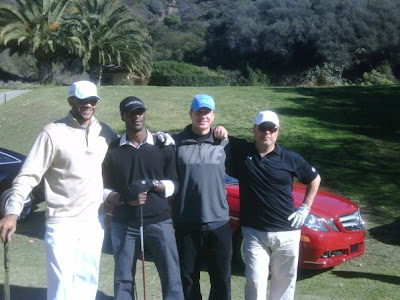 e up a $3.6 million dollar contract with the NFL-Arizona Cardinals to go fight for our country. Pat unfortunately lost his life while serving in Afghanistan. Last year the foundation was able to give over $650,000.00 in scholarships to vets & their families who have been impacted by the Iraq & Afghanistan wars. These scholarships allow families who have lost loved ones, or have been crippled physically and or emotionally, the opportunity to still impact our great nation in a positive way while contributing with their gifts & talents. It also educates the youth of our future & carries the Legacy Pat started by serving others & paying the ultimate price. This is truly an opportunity to invest into something so much bigger than we are and our sponsors like Best Buy are making it possible." Special guest, J. R. Martinez of "All My Children" a wounded vet himself, couldn't agree more and spent the day circling the course, reiterating to all present the value of their participation.

One of the crowning moments, beyond the Tommy Bahama Rum stop, or the Titlest Tent, or even the Zino Platinum Cigars that were driven about the course, was clearly the changing booth provided by Loudmouth Golf Apparel so that every player could don the company's completely outrageous pants and shorts (skorts and shorts for the women) including Transamerica Insurance & Investment's President Ken Kilbane; Johnny Carson Foundation Director Larry Witzer, his brother Marc, Waste Management Vice President, Larry Metter and HUB International's Vice President, Lee Davis! Event photographs are tell tale, as players swaggered about the awards ceremony and continued on at the Canyon Club's private rock concert with The Doors' Robby Krieger, sipping on a pint of Budweiser, a glass of Zealear Wine, or Kettle One martini in their fresh, very 'Loudmouth'-ed togs!

Kicking off the concert, the Charity Angels rounded out the last spots on the Opportunity Board, which included an Gibson Guitar autographed by The Doors' Robby Krieger complete private lesson with the legend himself! Special guest, Adrian Young of "No Doubt" also took the stage in an impromptu performance, with rising rock sensation 13-year old, Sacha Edwards.

For more information on the Scott Medlock and Robby Krieger Celebrity Golf Invitational and Rock Concert, please contact media@ppmg.info, or call (310) 860-7774. You can also log on to http://www.pattillmanbenefit.com/

2010 sponsor packages and tickets are available.