ass Hysteria Entertainment. Mr. Landis is an Emmy Award winning director of such blockbuster movies as "The Blues Brothers", "Animal House", "Twilight Zone: The Movie", "An American Werewolf In London", "Trading Places". “John is one of the greatest directors of our time,” says CEO Dan Grodnik.

“I look forward to being part of the Mass Hysteria team,” says the Emmy Award winning director, “and contributing to this new paradigm of entertainment that the company is creating.” 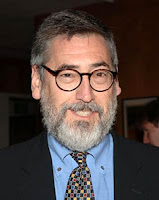 rked with every major studio as well as many of the better-known Independent companies. Currently, Mr. Grodnik is preparing a thriller titled “Carjacked,” starring Ron Pearlman and directed by Peter Mednak; and the “Courier,” an action film to be directed by Russell Mulcahy. Mr. Grodnik completed a romantic comedy last March titled, “Overnight” and is in development of a new theatrical film with two-time Academy Award winner for best picture, (”The Godfather” and “Million Dollar Baby”) Albert S. Ruddy. The company website is www.masshysteriafilms.com
Mass Hysteria Entertainment

"As evidenced by his innovations at Electric Farm, Brent has a keen understanding of the unique relationship that's developing today between technology and content. Brent will be spearheading Mass Hysteria's efforts to bring its proprietary interactive experience into the theatrical arena," said Daniel Grodnik, Mass Hysteria's CEO.

ing to be revolutionary," said Friedman. Mike Greenfield, Mass Hysteria's Senior Vice-President, was responsible for bringing Brett to the attention of the Company.

About Mass Hysteria Entertainment Company, Inc.
Incorporated in Nevada and headquartered in Hollywood, California the Company is an innovative motion picture studio that produces branded film content for the young adult market including theatrical, DVD, and television distribution managed by veteran motion picture producer Daniel Grodnik. Mass Hysteria's plan is to produce a slate of films that appeal specifically to the youth market. The company website is www.masshysteriafilms.com

Forward-Looking Safe Harbor Statement:
This press release contains forward-looking statements that are made pursuant to the safe harbor provisions of the Private Securities Litigation Reform Act of 1995. By their nature, forward-looking statements and forecasts involve risks and uncertainties because they relate to events and depend on circumstances that will occur in the near future. There are a number of factors that could cause actual results and developments to differ materially from forecasted results. These risks and uncertainties include product demand, market competition, fluctuations in advertising payouts, delays in website & application development, technical issues beyond our control, reliance on the various platforms that we build applications on, and risks inherent in our operations. For a discussion of these risks and uncertainties, please see our filings with the Securities and Exchange Commission. Our public filings with the SEC are available from commercial document retrieval services and at the website maintained by the SEC at http://www.sec.gov. All traffic statistics are recent averages.