The silliness of the QE3 drum-beating 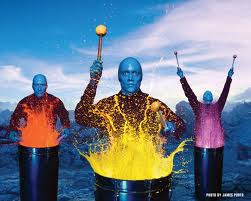 There's so much talk from the parasites on Wall St and the global financial community about expectations for QE3... its really become the ultimate cocktease...

Every month, you see countless headlines like this from Yahoo! on Friday, August 4th: "Election or Not, QE3 Is Coming in September"

It really is repugnant..  soulless, profit-hungry people and corporate entities collectively working in a feverish, impassioned pitch to drum up a mass upswell with the goal to provide political cover for injecting more money into a slimy, pungent morass known as the stock market.

Here's another headline, this time from US News & World Report:  "Markets Spike on Bernanke Talk of 'QE3'"   That was from an article written on July 15th....

Or how about this header from a site called GoldWatch:  Bernanke Speech Implies QE3 May be Coming -- "Judging by Bernanke’s tepid outlook on employment and the output gap discussed today, one can make the case that QE3 may be right around the corner..."

You know when that was written?

In other words, the loud incessant drums beaten hard by the media, financiers and other market vultures for the need for QE3 have now been going on for 18 Months!!

For "fun" let's look at a brief time chronology of headlines from news sources which with heavy bias push, prod, insist and other forms of 'cock-tease' that QE3 is a certainly, a formality and quickly on its way... 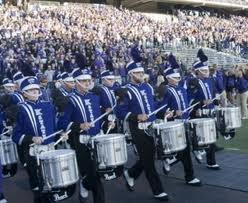 We could produce dozens upon dozens of more headlines from over a year ago but why bother?

And there is a reason QE3 keeps getting put off month after month even though the bone picking stock market scavengers want it...

If you believe in the allusion of the Fed possessing a "tool bag" full of "tools" to fix the economy... well that tool bag is getting extremely light to carry..   Just about all the tools have been used up..

What more can the Fed really do-- lower interest rates into the negative?  Commit to a gazillion dollars in QE?   Even they know QE3 is little bang for the buck, and expectations are so high and long in coming that it will guarantee to disappoint..

And if/when this occurs, will anyone take stock in a QE4 or 5? 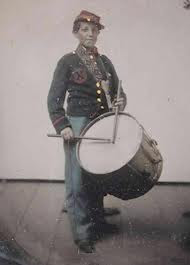 So QE3 is pretty much the last major 'tool'-- the last 'drum', and it is more advantageous for the Fed to play up rumors and hunches of it being implemented, then to actually do so, and for the Fed to be publicly shown to be impotent..

And there is a razor thin line between appearing impotent and impo'tant
Posted by dsasR at 2:50 AM