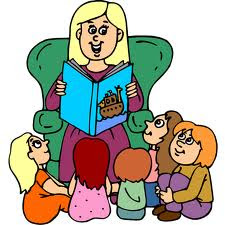 We received some very positive feedback from our posting the other day, how we at A&G helped to make complicated and/or convoluted concepts simpler to grasp and understand.

Meet Ben..  He's not just your typical run of the mill, lives beyond his means loser..

No, Ben is very different.. He's a man on a mission

You see, Ben is poor.. actually Quite poor but he needs to give the appearance that he's filthy rich-- Its important for Ben to do this so he can enter into the upper-crust of high society.. perhaps find a super-wealthy old hag to marry.. or get hired at a Fortune 500 company that eventually he will embezzle from..

One simply can not do this just by wearing overpriced polo shirts with extra-large horseys on them and driving leased 3-series BMWs...

To get people to believe Ben is Extremely successful, and to get people to put all their faith, trust and money into him, he has to go all the way with his ruse--  the most expensive clothing.. drive around in a Ferrari.. or two..  Diamonds.. lots of Diamonds..

But Ben knows one doesn't go from looking like dirty trash to looking like Donald Trump in a day... its a gradual process...the wealthier he presents himself, the more people are attracted to him; to 'invest' in him.. certainly someone looking so successful won't default on a loan and cause economic misery like the riff-raff 99% would, right? 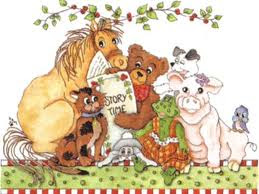 Eventually Ben had transformed himself completely--  he was the perfect modern Gadsby-- Impeccably dressed and coiffed, high-styled and every step.. every movement brimming with confidence.

The more successful he looked, the happier the genuine well-to-do were.  It gave them a strange pride to see someone with such inflated sense of self.. the local media loved gushing on him-- front page of society section and all that..

And no-one bothered to look at the tell-tale sign of his ruse; his hands

No one bothered to touch them, to feel they are not the soft hands of the pampered, well-to-do. They were the rough, calloused fingers of the grifter; the low man on the economic totem pole.  No one bothered to notice fingernails not well-manicured, but bitten-- sharp little nubs from the teeth of the nervous and desperate.

And if anyone had noticed the hands or other tell-tale signs, no one wished to call him out on it.   They needed Ben to be the wealthy, successful socialite by this point even more so than Ben himself.  So much invested in him.. so much to lose if it all came apart...

So even those who know of the big lie; who knew of it from the beginning.. they all kept quiet and played along as Ben continued to attempt to con every new person he met.  Their finances i.e. loans, ego and pride are far too tied into 'successful' Ben to ever allow admittance that it was all a sham. 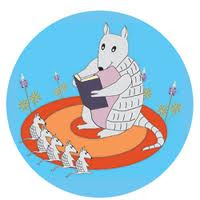 The following summation could really apply to any major election of importance in the past but because most are concerned with the present rather than past, we will apply this example to the 'now':

Imagine yourself back in High School..  For some, a depressing thought if there was one, but nonetheless, go back in your memory banks to Student Government elections.    What do you recall?

Pretty much all high schools were the same -- two popular kids running, wanting to be President for ego reasons and more importantly, it would really impress those on the Admissions boards of the Ivy League schools both candidates were trying to get approved to.

And the two candidates would cover every wall with non-stop posters, and hand out tons of flyers which were colorful and catchy, yet said nothing important.

And during the speeches to the student body in the gymnasium, both candidates would promise the world; anything to draw applause while knowing full well the promises could never be fulfilled once elected due to budget restraints or simply not within the powers of a student body President.

Occasionally you might hear one student candidate attack the other in a lighthearted way to imply he/she was more devoted to the school and cared more,etc..  The attacked candidate never took it seriously-- it was just a game between 'best-buds'

Of course, people didn't seem to notice that behind the scenes, the candidates were usually friends who would eat lunch and/or hang out together and thus certainly share the same inner circle of friends..  But during the election for appearance sake, they kept distance from one another...

And that's all Presidential elections are-- expensive versions of the local high school student body Class President elections none of us cared about then..

As sophisticated as people try to make elections today... the billions in campaign contributions, the intricate polling, the tireless campaigning, etc...  national elections are ultimately little different than what we observed in High School...

Well, except no lie a Student Body President told ever resulted in the loss of employment, life savings and/or one's life...

Illusions of Freedom of Speech

She doesn't like what's going on in her country.. all the corruption with the banks and markets and political leaders..  she's sick of it..  she needs to get things off her chest.

So she starts a blog..  she writes her thoughts..  some are pretty opinionated.   She's intelligent enough to know that there is no True freedom of speech and expression (for instance she can't say or write things about her leaders and bankers that she could wish about her ex-boyfriends)

So Jenny is intelligent enough to know that True freedom of speech is really speech without Any limitations, thus no society on earth granted That type of freedom to its people!

And really no one cares.    Most people don't care to read it, and the authorities certainly do not care one iota since others don't..  Jenny might as well be venting into her pillow.

Suddenly, things happen in the world around Jenny-  things she's predicted financially for months and years are beginning to come to pass.   And people.. slowly but sure, are discovering her on the internet... 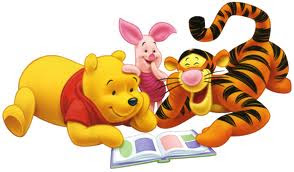 The blog is growing.. quickly..  rapidly..  People are scared-- they know they're not getting the truth elsewhere so more and more, people gravitate to Jenny's site..

And now those whose mission is to control, suddenly begin to care

And as more and more people gravitate to the site, and spread the messages of how deeply corrupt the global financial system is..  how the quality of life for everyday people has deteriorated purposefully by the banks over the last 30-40 years, etc..

From that one blog, sprouts other like-minded blogs..  and local meeting groups... and people begin to have an outward voice...

And now the government is definitely fearful-- so they begin spying..  they monitor and spy on the blog sites for anything incriminating.. they place spies at the local group meetings so they can report back to their higher ups...

And as the small groups get bigger and bigger, and unify into something truly remarkable in size and scope with a peaceful but determined message of change, the authorities get more and more violent and confrontational... and begin seeking to inflict physical pain upon its own citizenry for saying things it disagrees with.

And from this, many different scenarios and options come into play... all of which we will not be covering here...

Here is a little nugget of truth from the American Revolution which is never fully acknowledged in school:

The British at that time (18th century) held no tolerance for any political views that differed from theirs, even voiced from an individual.. In fact, especially the common individual who held no power or ability to change anything-- 'How dare he/she!  Who is he/she to say such things about our King!'

The Colonists understood that the individual by him or herself, really did not matter.  Individuals alone could not change or alter anything...  They were to be be beaten down only when others embraced the views, and not before.

So in terms of expression of thought,  the new American government was only going to concern themselves when ideas spread and not at the points of origin.

And it was that mere belief that an individual could have a say an voice an opinion (even though the American government cared of the individual's thoughts less than the government of the Crown) was the spiritual motivation to break away from Britain and form a new nation.