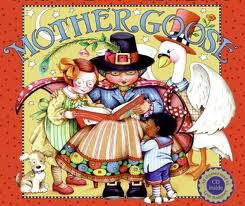 As always, the world of finance, markets, budgets and politics is made to appear complex and unpredictable when often its neither once you have a basic grasp of what's going on.

There are many sites on the internet that will explain things, sometimes even accurately, using tons of charts,  graphs and a myriad of stats which dull the mind.

Others will throw terminology like 'supply-side' or 'Kensenian' or 'birth/death index' to sound intellectual, but if you don't know the terms, you the reader are left in the dark..

So today we're doing it differently..  A&G is going to explain a couple current event topics using very clear and concise stories.. who knows, by accident we may use a parable...  But we promise by the end of this posting, things will be more understandable to you..

Some people will tell you that the reason the National Debt is so high is because basically its your fault-- you dare to want 'entitlements' like pensions and Social Security (which you worked for) and Medicare, etc...

A complete load of nonsense..  This is what is occurring:

Picture a family of four-  Dad, Mom and two children.

While gathered around the dinner table, Dad says that there needs to do some serious belt tightening in the family because what is being spent is far more than the dual incomes which the parents are bringing in. 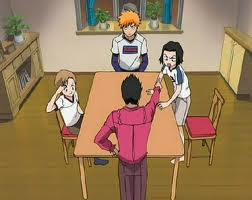 When shopping for clothes, the wife and kids need to start going to Target and Kohl's instead of Macy's and Bloomingdales... And when food shopping, to live on a budget-- start buying generic brands for instance...

Healthcare coverage is to also be cut back-- only go to Doctor when Truly ill..  In addition, no more life insurance policy for Dad to protect the family if he departs the earth too soon...

Everyone sits.. listens.. stews quietly at the 'austerity' proposals...

But no one has the courage to ask Dad about his red BMW in the driveway.. or his new diamond pinky ring..  And everyone is wondering why he's still keeping his season tickets to watch the local football team or why he hasn't cut up his Bloomies' card...

And in time, the wife and kids block it out of their mind, agree to the cuts and to keep the peace, live life in conscious ignorance

Greece and the Eurozone

There's many ways to accurately describe in a clear, concise way what is going on with Greece.  Initially the image of the defeated boxer who's kept propped up a few extra rounds to satisfy bookies' wagers comes to mind.  But that does't cover Europe's central bank involvement...

The following is a better example:

Let's say you are a baddie..  a pimp, a drug dealer and money launderer all rolled into one... And give yourself a dramatically menacing German accent like in the movies...

You spot this troubled girl.. she's in need of money.  Her name is Greece.  So you come across as Mr Nice (or Ms Nice) and smooth-talk her, and give her some money-- no strings. 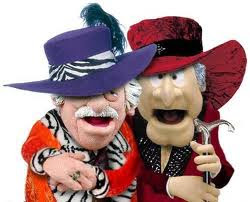 Later she comes back.. needs more.. She's clueless as to what  she's getting herself into.. figures her Grecian looks are charming you into weakness.. So you give a little more money-- no obligations..  'What are friends for?'

Eventually your gifts to Greece become loans..  and you expect repayment.    She tells you she doesn't have the money...  You're not so 'nice' anymore..

You make her part with the few possessions she has so they can be pawned for cash, you 'privatize' her body by having her whore her 'national treasures' for others to enjoy at a price, you exploit Greece every way possible to exact economic and egotistical revenge...

See, there's entities who desperately need your money or they will collapse (Mr & Mrs Banks), and you want to give the money directly to help them but you can't... you are forced to use 'dummies' like Greece. 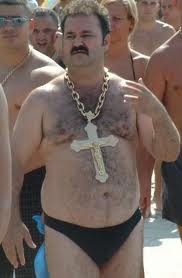 And you keep her alive just long enough to serve all your purposes, then cut her loose...  And when she does 'die', you will look, shrug and go another of your other 'mules'.. the lovely redhead 'Ireland' perhaps.. or the exotic girl, 'Portugal'...

Many people are speculating (and scratching their heads) wondering why Romney selected someone who brings so little to the ticket and comes with so much fiscal policy baggage that it threatens the Republicans losing the swing state of Florida and changes the economic debate from Obama's failures to the dangers of a Romney presidency..

Here's a simple version of what we see happening:

You are a driver... not a truck driver but a driver for baddies.  You cross interstate borders and deliver 'product' to other baddies.   You get paid handsomely for it; much more than a job of that skill requires.

You've been given a lot of money in the short time you've worked for your baddie bosses and overall they've been satisfied but they're not 100% happy..   The bosses are a little worried about you-- maybe you make a few too many bathroom stops on your trips or you drive extra slow..

So one day, one of your bosses says, "Starting today you're going to be taking my cousin Frankie with you..  he's a good guy" 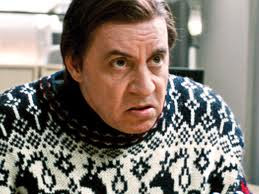 You respectfully object, preferring someone else as a travel companion.     The boss looks at you square in the eye and says something like "Look, I like you but I don't trust you, capice?  And I'm gettin' a little nervous about you.. and you get paid a lot of money from us, you know...  so Frankie is joining you- End of story!'

And now you and Frankie are driving buddies and you make the best of it.
_________________________
~ We'll do more of these in the future based on your positive feedback as to its usefulness in explaining what's going on in the world of finance, markets and global economy.
Posted by dsasR at 12:09 PM