Why do they Lie.. 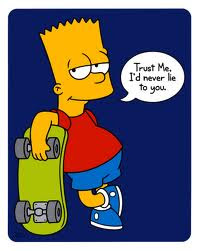 The full header for this posting is really "Why everyone from politicians to Wall St to the media continually Lie to you about an economic recovery" but that's a bit too long to fit in the Title section..

Nonetheless, that's what we're going to be addressing today..

We've been seeing a lot of fools both write and remark that they're tired of people acting like we're in a recession.  One dimwit, a nobody-nothing who writes for US News & World Report was annoyed that the term 'double dip recession' is still talked about when according to him, we've been in recovery for three years.

Another more famous imbecile, former PA Senator Arlen "Will Switch Political Parties in a Heartbeat" Specter stated today that basically we should be thanking both Bush & Obama for saving this nation from depression, thus the trillions upon trillions in 'stimulus' pissed away to the financial sector was essentially necessary and good.

Look, we're just one blog among millions of news sites and sources no different than a tiny star among the Cosmos.  We do our best to state things truthfully; to burn as bright as we can within the intellectual darkness.

And we know that we can never stop everyone else from incessantly lying about the true state of both the US and global economy.  Too many forces at work.. too many agendas.

But it doesn't mean we will stop trying...

So the question of the day once again--  Why do they all lie to us about the economy and keep hard-selling 'recovery'?   There's many reasons.. here's a sampling (in no particular order) 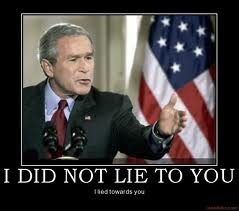 1)  Nature of their profession-  Think about it honestly-- All politicians lie.. ALL.  They promise on campaign what they can't really deliver to gain donations and votes.  Wall St as an entity lies so to encourage and entice investors to buy stocks, commodities, etc.  And media lies for a multitude of reasons from issues of 'national security' to fear that negative truth will cause loss in viewer and readership.

Let's go back to Arlen Specter for a moment-- he's a good example.  Here's a man of little to no conviction who started his political career as a Democrat, then switched to Republican to benefit his own political fortunes in the 1970s, then after 30yrs or so, in 2008 he switched back to Democrat because he believed he had an agreement in place where he'd be given power to be chair of a committee.  In 2010 he lost in the Dem primaries because no one believed anything the snake said.

So when Specter says Bush & Obama saved the nation, we're sorry but simply the thought of the man, much less his ignorant, lying words make us want to wretch.

Those two utter buffoons, Bush & Obama did Nothing to save this nation.. They simply delayed most of the pain.  Both essentially curled back their right legs and kicked that economic "can" as far as they possibly could by giving trillions in dollars that comes from current and next generation taxpayers to prop up the insidious Cancer which caused the meltdown-- Wall St.

If you look at Reagan's greatest success as President, it was corrupting both the Rep and Dem parties into the belief in Trickle Down economics. For wealth and job creation to occur, the money Must be given to the very top 1%.  They, in their infinite wisdom and moral judgment will know how to best spread it around equitably.

Bush believed this.  You best understand Obama does too. 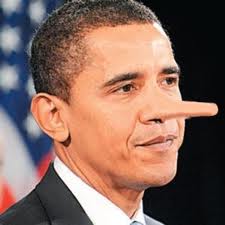 2)  No motivation -  We could have expressed this point as having agendas but this is simpler.  What is a  politician's motivation to speak candid on the economy?  If he/she is the incumbent, then wouldn't the blame be at their feet?  Wouldn't that mean weakening their chances at re-election?

Presidential candidate Obama spoke nonstop during Election 2008 about how bad the US economy was. Then he successfully defeats a cowardly cadaver named John McCain and wins the Presidency.  Ironically, the President still spoke truthfully about how bad things were for his first few months in office before someone in his staff reminded Obama he was no longer a candidate.  Then the President turned positive.

And what's the motivation of Wall St?  If you're invested, you may pull your money... put it in safer havens.  How can anyone profit from that?   And like we said before with the media, if you're going to stop reading or watching TV because of endless coverage of homeless people living in tents or their cars  and people crying hysterically in their empty homes as their about to be foreclosed, then what's their incentive to show that? 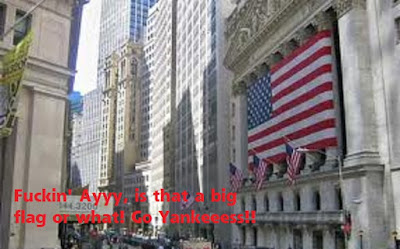 3)  Patriotism -  Yes, this comes into play.   You've heard it before--   'The United States is the Greatest nation in the World.. Love it or Leave it! .. We're #1.. We're #1!!'  and so forth.  Its not true but.. that's the belief.   We expect our politicians to feel that way.. every single one wearing flag pins on their jacket lapel to certify beyond all doubt they love this nation as they conduct policy and pass legislation to weaken it.

Many in the media wear those lapel pins as well when they're reading the words off the teleprompters and shallowly bantering among each other between stories.  The media may try to put a particular President or political party in an evil light, but never the nation itself.

And notice how many flags are visible on the trading floor of Wall St.  Certainly hard not to notice the gigantic flag hanging in front of the building since 9/11.   Guess it means to show they may love making non-stop profit first and foremost, but their love of the nation they are pillaging, is a close second.

What makes the US great has little to do with its finances.  That's the same warped thinking that allows people to think evil, selfish people like Warren Buffett or the late Steve Jobs are/were great because they amassed more wealth then they could enjoy in 10 lifetimes, and then created some pseudo-humanitarian charities/endowments out of the 'goodness' of their little black hearts.

If those who are in positions of power love America as they say they do, they would not only not be afraid of speaking truthfully and honestly about the state of the nation, but stop hijacking Capitalism for their own purposes.

In a truly capitalistic nation, anyone with ideas, ingenuity and hard work, can generate wealth.  Its not exclusive to Fortune 500 companies. This means encouragement and growth of small to medium sized businesses.  It means you do Not have to go to college and obtain worthless degrees & endless student debt to have any chance to support oneself and a family.  It means American workers making American products to sell to American consumers who can afford them without relying on credit and debt.  And it means you survive, thrive and/or fail on your own.. No Fucking Bailouts! 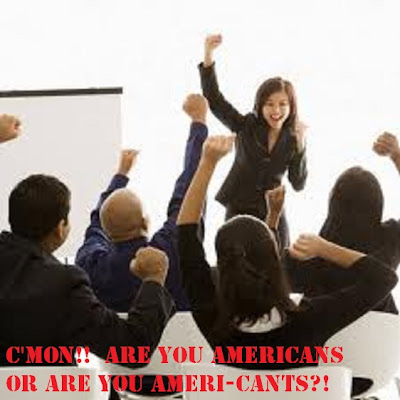 4) Keeping up morale -   Many believe, if you talk about our faults and weaknesses, you're giving aid and comfort to the enemy and its bad for overall morale.  This is not a new concept, but it is one used to keep up spirits among the populace so they don't get too despondent or worse.. proactive.

The best way to explain this concept is with the following example:  You're very hungry.. You're standing in a long food line with hundreds upon hundreds of others, waiting to be given soup and a sandwich.  The line isn't moving.  If the line was moving, it would still take 30 min for you to receive the food.  As it is, there's no movement at all.  You're getting hungrier..tenser.. more desperate.. But wait!  There is movement.. you see some people getting food.. Horray!  You tell yourself 'OK, I can bear this a little longer'

Now at the front, the soup and sandwich servers, who really don't have enough food to feed 1/4th  of those in line and who are stalling until more food arrives, can see that if the line stays motionless for a long period, things could get ugly quick.  So.. they feed a few.. just enough to get the line moving and give those at the back a little hope.

Surprisingly this tactic works often with people.  Hope and optimism in that "line" moving seems to be preferable to most to accepting reality and being both pro-active and self-reliant. 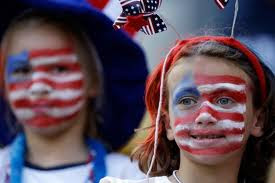 Like we said at the beginning, there's many, many reasons why you and we are constantly lied to.. we chose to only address a few.  One can't fight the world, as they say, but one is always in control of oneself if he/she has the courage to take the reins.
Ignorance is like victimization.. we only stay in those particular states of mind if we allow ourselves
Posted by dsasR at 1:03 PM