Another example of Two Americas 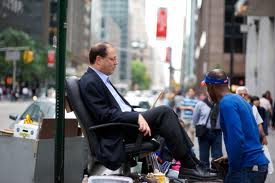 20% of the rally was due to Apple's 48% surge due to the release of iPad 3.  The market was also buoyed over the last quarter by heavy investment in garbage stocks such as Bank of America bouncing up 72% and Sears Holdings skyrocketing 108% even though the company is close to bankruptcy.

The bankers, financiers and investors are happy piggies.. more and more $$ pumped into their coffers, enticement of more Fed stimulus i.e. QE3 just around the corner, and overall every want and whim catered to by a political infrastructure that will do everything humanly possible to delay future pain and suffering until after the election.

The US has a population of 310 million people.  46.5 million people or 22.5 million households (1 out of 7) are currently on food stamps, the highest total ever.  Recently, the average monthly benefit per household slid to an average of $277.27, equivalent to $69.31/wk.

Meanwhile as housing prices & the value homeowners have attached to their dwellings continue to plummet and new housing appearing to have stalled once again.   The Bureau of Labor Statistics recently stated that Americans spend on average 30% of their monthly budget on their home, compared to 24 percent for the United Kingdom and Canada, and just about 22 percent for Japan.

Student loans recently topped $1 Trillion, and for both recent graduates and those pounding the pavement for work, jobs are not plentiful unless one is willing to do temp work or the type of employment that is normally open to 15-17yr olds.  Gasoline is close to $4 on national average for regular unleaded, and the costs for everything from food to clothing to utilities continues to rise.