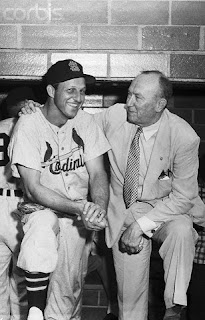 Today around the US, is Opening Day for the vast majority of baseball teams.  So to celebrate that and to keep consistent with our themes of economics and finance, we decided to repost from last July about Ty Cobb, baseball's first Millionaire.

Presently, the vast majority of baseball players are millionaires.  But in Ty Cobb's day, it was a rarity.  While he didn't make his wealth directly on the basepaths, it took great ingenuity, connections and impeccable business sense to make it happen in a day & age when newspapers cost 3cents and a new Model T Ford went for $600-900.
_____________ 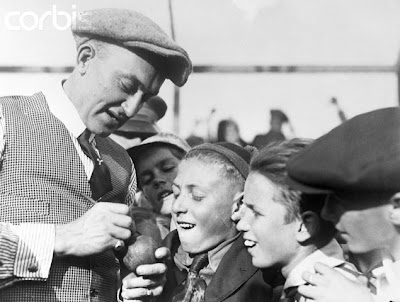 Yesterday, July 17th marked the 50th anniversary of the passing of Ty Cobb, seen by many as the greatest baseball player to ever play the game.  Eighty-three years after he left the game, many of his statistical achievements and records still remain including a lifetime batting average of .366, and he was the first ball player elected into Cooperstown's Hall of Fame.

But this posting is not about baseball or batting statistics.  Nor is it about Ty Cobb the man, his demons or other psychoanalytical aspects to his life in an attempt to understand what made him 'tick'.   Instead because A&G is a finance and economic blog, we're interested more in the story of how Cobb transcended himself into the first millionaire baseball player and the fortunate set of circumstances i.e. being at the right place at the right time, and amazing ingenuity Cobb possessed which allowed his fortune to accumulate. 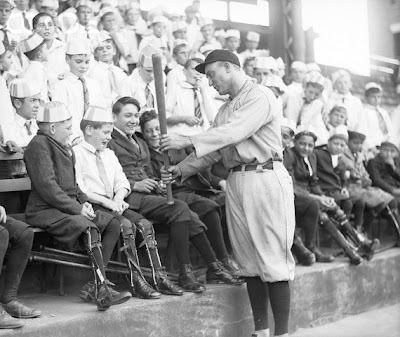 At the time of Cobb's death in 1961, his estate was reported to be worth at least $12 million including $10 million worth of General Motors (GM) stock and $1.78 million in The Coca-Cola Company (Coke) stock.It is said that by today's standards, Cobb's estate was equivalent to over $86 million dollars.  The fact that Cobb held stocks in these two companies was not by chance or mere circumstance.  Cobb was blessed to be at the right place at the right time to get in on two bustling industries while still within its early inceptions- the automobile and boom in soft beverages.

Cobb played the majority of his career in Detroit (1904-1926).  His last two seasons were in Philadelphia for the Athletics before he retired in 1928.

Detroit was a bustling city-  every motor car company from Ford to Chrysler to Packard and United Motors (which eventually merged with another to become General Motors) was located there.   Demand for automobiles picked up across the nation as they were rapidly replacing horse and buggy as transportation of choice.  Because Cobb was a rising star for the Tigers within a couple years of joining and earning $2,400/yr which was a decent amount back then, so those connected with GM sought out Cobb to invest with them. 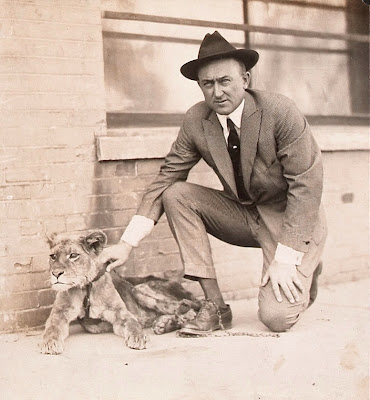 Cobb's first investments were in commodities though.  In Cobb's words: "By then, I had some money to gamble with and began hanging around the Detroit Stock Exchange.  First thing I did was buy cotton futures, $1,000 worth. It didn't go up until World War I and the need for uniforms. But when cotton did jump, I had a $7,500 profit."

Soon after, he bought into a copper mine in Bisbee, Ariz. When a strike was made, he collected $15,000, and then he diversified to invest in other areas.  His fans included pioneer auto men John Dodge, David Buick, J.W. Packard and Ransom Olds of Oldsmobile, and that connection led to a move into auto stocks, just as America was entering a vehicular boom. He got into United Motors, later to become the industry giant General Motors, and kept the stock as a source of fat dividends.

Cobb also did advertising for GM which in addition to receiving a paid-endorser salary, he'd see his shares rise in value as he helped to sell more cars.  According to Cobb, "The best players were making $6,000 a season from clubs then," he recalled. "I was worth over $300,000 after World War I." 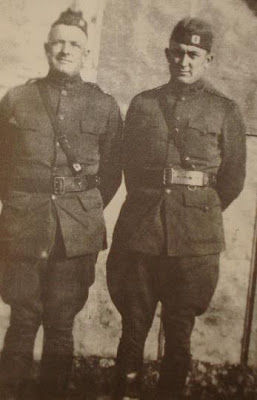 The connection Cobb had with Coca Cola was based on the soft drink company being based in Atlanta, Ga,  and the "Georgia Peach" being born in Royston which was in northern Ga.  Around the turn of the 20th century, the #1 soda of the day was called Moxie and Coca-Cola was looking to compete and eventually overtake it.  Like GM, they sought out Cobb to invest in the company as well as be a big focus of their print marketing campaign.  Cobb agreed and the partnership was mutually beneficial to both parties.

In Cobb's words, "Well, I was no sit-on-my ass guy. For example, Coca-Cola was a new drink on the market in 1918. Wall Street didn't think much of it. I gambled the other way with a small 300-shares buy, then with bigger buys and then Coke jumped out of sight. It brought me more than $4 million as time went by."  His self-taught skill at judging market trends, the advice of experts and luck kept the five- and six-figure checks coming in.

By 1928, his last year in professional baseball, Cobb was making a record $85,000 in salary yet thanks to all the dividends from his investments with GM and Coca-cola as well as John Paul Getty's Standard Oil and cotton on the commodities market, Cobb had enough money to allow him to make a $275,000 bid (thought unsuccessful) to buy the Cincinnati Reds. Later in his life at one point, he was a director of two Georgia banks, in Augusta and Lavonia. 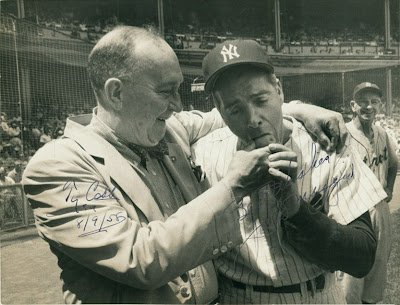 But even though Cobb was a multi-millionaire, he did not lead a lavish life.  Quite the opposite.  According to Al Stump who was his ghost writer for one book, and wrote the definitive autobiography on Cobb during his last year of life, recalled, "Cobb drove a dented old Lincoln that needed repair. He smoked dime cigars. A good tip to a taxi driver was 50 cents. He punched out a Palo Alto parking-lot attendant in an argument over his fee. He served his guests cucumber sandwiches."

Cobb would also go for weeks at a time without a phone or electricity due to arguments over utilities bills, and when fans would send self-address stamped letters requesting his autograph, Ty would keep the stamps and throw away the envelopes.

According to Stump, the late Casey Stengel had a story about Cobb: ""Back around 1938, Ty gave me some instruction on dropping the drag bunt and the double-steal and other stuff. . . . We got friendly. Then he told me to get into some new fields of east Texas oil. 'Bet your shirt on it,' " he tells me. "So I put up all I could borrow, just on his say-so. Well, I did better than all right." How much the tip helped Stengel isn't known, but after the "Old Perfesser" died in Glendale in 1975, his estate was valued at more than $800,000." 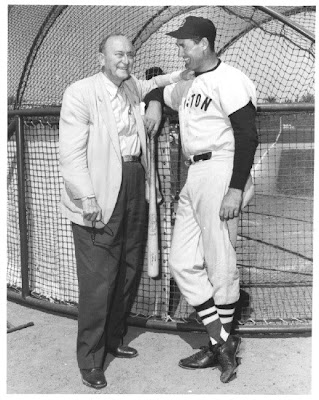 Stump also recalled that he once asked if Cobb had derived a lot of satisfaction from becoming the No. 1 moneymaker?  Cobb replied, "I'd trade it all for getting rid of what ails me,"  Seven months later, he died of prostate cancer, which had been killing him for two years.  Next to his bed at Emory Hospital were two items- $1mill in securities in a satchel and a loaded Luger pistol.

There are many good lessons which can be learnt from the success of Ty Cobb as businessman and entrepreneur:

1)   Skill is important but never discount some good old-fashioned luck
2)   Don't invest what you can not afford to lose
3)   Study what you're doing.. don't simply invest on a whim or a 'dip'
4)   Real investors are in for long haul; not cowardice of day-trading
5)   It's more financially rewarding to get in on the ground floor

The most important lesson to take from this posting is this: No matter how wealthy or powerful you are, you can not forever prevent illness and eventual death. And you can not take your wealth with you.  For Cobb in his later years- twice divorced and alienated from all his children, investing was all he had to keep his mind active and alive.  And as a result he passed away very wealthy and very frustrated & alone. 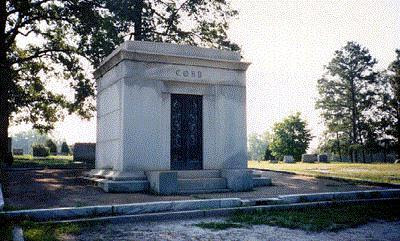 With full respect to Ty's memory and former greatness, it must be said that Cobb's deep Need to constantly make money in his last years, even when he did not need it to survive and while fighting numerous cancers, made ita very sad way for him to end a successful life.

Nonetheless, Cobb was & is today the Greatest baseball player Ever-  period.

Drinking or Investing: Always know when to say 'when'.
Posted by dsasR at 12:28 PM