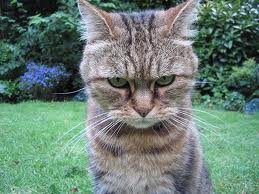 Time for another super-fun installment of 'A&G Mailbag' where we answer questions in that uniquely lovely style of honesty and bluntness not found on too many other media or blog sites.   We're rubbing our hands in excited anticipation to answer the first question pulled from the satchel... And here we go...

Q:  Brilliant posting yesterday on what a 'true slave' is but I must completely disagree with you when you made the analogy to sports.  I love my Chelsea football club-- been a supporter for years.   Does that make me a slave because they entertain me?  No.   Am I owned and controlled because I wear their kit?   Hardly!   So wanted to set you all straight on this. Cheers.."  -- "ChelseaFan#One", London UK

A:  Thanks for the question, or rather the comment.  Before I begin, let me state for the non-football/soccer loving audience that "kit" means uniform.

Now, we respect that you disagree with us on this point, but rather than write ad nauseum on this, let us pose a few general questions--  When you attend a sporting event, it is vital to you that you wear the replica uniform of your 'lads'?   When everyone else in the crowd stands up, or applauds or boos, do you find yourself doing so as well at exactly the same moment?  Are you particularly loyal to the "official" sponsors of your club, and even may go so far to not use competitor brands?

Still haven't gotten the connection Mr or Ms Chelsea fan?  Here's a couple more questions to ponder:  Do you get overly emotional-- elated or depressed, when a particular player gets injured, released, traded or transferred?  Do you spend post-match or post-game venting about coach or manager decisions, irritated as if you should have been consulted?   Have you argued with another person over which city or locale was "Better" by using sports teams/clubs?

Lastly, if your team relocated to another city, would you be devastated?

We hope this clarifies things..  Absolutely nothing wrong with loving sports or embracing a particular team/club, but if you attach personal identity and allow your mood to be dramatically or adversely affected by the successes or failures of what is essentially a privately run corporation pretending to be a civic enterprise, then yes, you are a true slave. 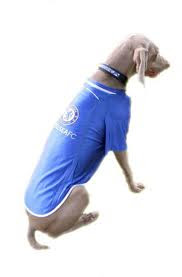 Q:  Your blog has written often on student debt and making reference to the fact that total cumulative debt is now over $1 Trillion.  I currently am attending Med school and was forced to compile a very large debt in order to afford to attend.  I do believe that I will find employment because its not as if people are going to stop getting ill.  But just wondering, what do you mean when you say debts related to student loans aren't discharged in a bankruptcy?  Certainly one can't draw blood from a stone, right? -- Nat McMac, Pittsburgh, PA

A:  OK Nat, let's start at the beginning-- There are two types of debt basically:  unsecured (credit cards, medical bills, unsecured/signature loans) and secured (loans which require collateral or something to take re-possession of in case of nonpayment i.e a home, car, etc..)   All these things can be discharged in a bankruptcy and in the case of secured debt, obviously those possessions will be taken from you.

Now student loans fall under unsecured debt but unlike credit cards, because you are basically borrowing from the US Government rather than a private backer, they expect to get repaid no matter what.  Now you may have gotten your loan from Sallie Mae or a private lender but ultimately those are backstopped by the government so your lack of repayment means their financial loss.

And they're not going to allow that if at all possible...

So what happens if you can't ever repay?  Well you will be hounded by debt collectors nonstop and the interest on your debt will keep accruing.  This is the same for all non-paid debt.  But here's where it becomes different..  if you are working or out of work and ever have a job in the future,  a portion of your wages will be garnished to pay the debt.   If you are receiving social security, that can be garnished too.   Your credit score will be severely damaged so good luck buying a home or car, and if you already possess those assets, expect them to be court-ordered repossessed.

The system wants you a debt slave-- its survival is based on profiting financially from you seeking to achieve your hopes and dreams, and will crush you with more debt at every step.  Good luck with your dream of entering the medical field, Nat-- hope for your sake lots of people get sick. 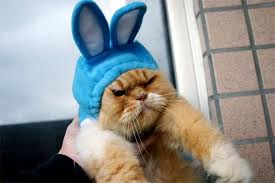 Q:  I'm depressed about the 2012 election.  Both parties are shit.  The candidates are shit.  Everything is just... Shit!!   Can you tell me what is the difference between the Democrats and Republicans cause I really can't tell anymore?  --  Mike Hunt, NYC

A:  Here's the long and short of it Mike-- economically there's no difference between Obama and any of the Republicans in terms of being beholden to Wall St, giving the wealthy and corporations tax breaks, and a host of other finance-related issues that hurt the bottom 99%.  The only real difference is the severity.

The Dems want to make cuts to appease their Wall St masters but do it subtly; akin to a lobster in a boiling pot.  The Reps want to slash & burn; an economic scorched earth on the poor and lower working class.  Why the difference?  Most poor and lower working class don't bother to vote but when they do its Dem.  So when Reps outwardly campaign on destroying those at the bottom, they're not jeopardizing votes.

On social issues, they differ in a way.   One is pro choice, the other pro life.  One is for open borders, the other for closed.  And so on.   But they're similar in that both parties know most of these social and moral issues don't really matter and neither will truly pursue any end-of-discussion resolution to any issue.

Hot-button topics are vital to elections-- its their lifeblood for acquiring and sustaining a steady cashflow of donations.  Think of it this way: are you more likely to give your money to a party and motivate yourself to vote in November due to where you stand on reproductive rights or illegal immigration, or would you be more motivated to donate & vote by what a party's views are on balancing the budget and corporate tax breaks?

You are correct in your assessment of both parties and all the major candidates Mike.  The best advice we can give is to set up a 'scorecard' of 5 or 10 issues that are really important to you, and put a check next to  the candidate who most agrees with you.  And for better or much worse, that will be your guy. 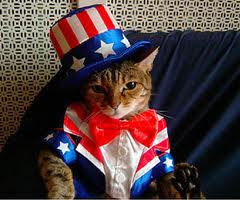 Whewww, look how the time has flown..

Until next time, happy Tuesday to you all~
Posted by dsasR at 10:45 AM