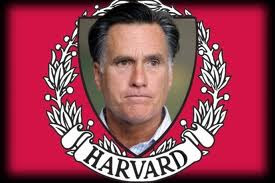 Hope everyone had a good Easter or Passover weekend..

We at A&G are no fans of Obama.

We're really not fans of Mitt Romney either.

And we get especially irritated when politicians, irregardless of political persuasion say insipid, disingenuous statements  that end up being lies or distortions in a feeble attempt to differentiate themselves from their opponent where there's little difference at all.

Case in point: This past Thurs, Mitt Romney said the following--

"We have a President, who I think is a nice guy, but he spent too much time at Harvard, perhaps"

Haw Haw Haw..   Oh stop it Romney... your witty banter has our sides aching in laughter... 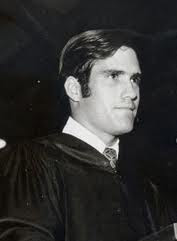 So Romney wants to paint the President as out of touch with ordinary Americans because he want to Harvard.  Hmm, really..

Just curious-- where did Romney get both his Law and Business degree?

And what college did three of Romney's sons attend?

And has Romney ever donated $$ to his alma mater?

Tens of thousands of dollars..

And how many Harvard alums are employed on the Romney campaign?

More than a dozen.

Playing the "Harvard" card isn't one
Posted by dsasR at 11:00 PM