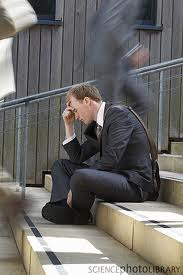 Don't worry- if you're not seriously invested, and by "serious", we mean most of, if not all your life savings, it really doesn't affect you directly.

So why the big drop lately?

AP says "Stocks are sliding on disappointing news about the U.S. economy...  The National Federation of Independent Businesses said its index of small-business optimism fell after six months of gains. U.S. wholesalers reported that they restocked shelves at a slower pace at the beginning of the year."

Uh huh..  Now does That sound like cause for dropping 150pts??

Gotta be more to this drop than a piece of glum economic news that traders were brushing off as trivial for months n' months leading to the recent Dow spike... 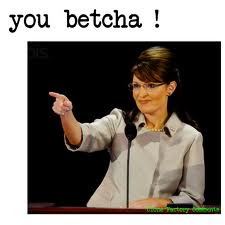 You see, investors, banks, traders, rats, roaches and other filth-- they're in a bit of a quandary; a Catch-22 if you will.   In order for them to secure obscene profits, they need a constant cash flow of free money and easy credit from the taxpayers i.e. the Fed so they can put into the market and draw large dividend returns.

On the other hand, if the market gets too strong and shows even the slightest glimpse of self-sustaining, then due to political pressures, the Fed backs off QE and the vermin who make their livelihood in finance find their free money 'well' run dry. This creates an artificial response to artificial 'recovery'; a need to pull back and create a mini-panic to help alleviate such political pressures preventing the Fed in releasing more survival cash.

On occasion when you see consistent market drops like the last few days, the Fed will contact their lackeys at the Wall St Journal and other financial news outlets to "leak" QE rumors to see if that calms the market.

Everything about Wall St is manipulated and rigged.  And the major players can manipulate to greater effect than ever before because most of the mom & pop traders are no longer in the corrupt 'game'.

According to new data from Credit Suisse, the average daily volume in equity shares was at their lowest level since December 2007.  That means the sharks are circling the Wall St trading 'waters' and finding it harder n' harder to find guppies to devour.

You've probably heard analogies before that all this free money is like a drug.   Its not simply that those who profit from it, need a constant flow to survive since there is no self-sustaining recovery. 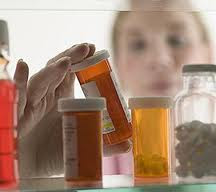 The drug analogy is more accurately about the psychology of the "fix".  The more drugs one takes for a specific purpose to i.e. euphoria,  minimizing back pain, etc.. the more one will continue needing to take to get that desired effect.

Around late 2008-early 2009, a $1 trillion tsunami of liquidity was enough to save the global debt machine from implosion and spark an enduring global stock market rally which lasted pretty much 18-24 months, give or take...

The current rally since late December required by some estimates over $3 trillion in global liquidity injections from central banks. Thus in four years, the market's resistance has skyrocketed: where $1 trillion launched a multi-year global rally (goosed along with QE2 and Operation Twist when it began to falter), now $3 trillion in cash injections has yielded a 100-day rally that is already coming apart at the seams.

You see where this is going. To maintain the veneer of normalcy for the everyday ill-informed, a continuing Bull market must be demonstrated.  As a result, the next liquidity injection to make any real difference will have to be probably $5 trillion, and it will spawn a rally of perhaps 50 days. Another $1-$3 trillion globally just isn't going to cut it.. that's so yesterday...

That $5 trillion will probably break the global market; if it doesn't, then the next tidal wave of $7 trillion (or whatever the market needs to trigger another high) most certainly will. 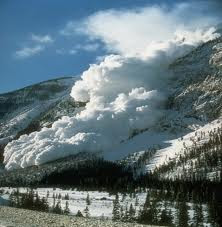 At some point, the liquidity injection will fail to boost the market at all, and that will trigger a panicky rush for the exits.

We'll keep doing our utmost to inform you as to the constantly shifting tides of the market and to prepare for the big "Get out".  We undertake that responsibility.

But you have a responsibility as well-- to not only stay informed but to share your knowledge with those you care about;  to let them know of us at 'A&G' so they can visit here and become informed too.

If you don't do your responsibility, how can we continue to do ours?

We never ask for money or seek to sell products here.  We do ask you spread the word about "Ants & Grasshoppers"-- to family, friends, work colleagues...  That is the only "payment" we ever seek. 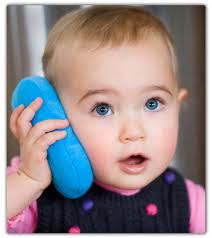