"Apologies Made to Whoever Pleases" 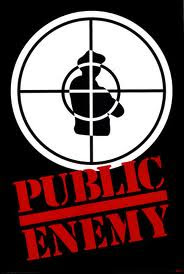 "Apologies made to whoever pleases; Still they got me like Jesus"

You know.. truisms that stand the test of time.

And when it comes to popular culture, one of the most consistent constants is that every week guaranteed, at least three well known people from the world of politics, finance, entertainment or sport will say something they sincerely mean, and then give an insincere public apology for it.

We decided once again to visit Google news and keyword "apologize" to see what if anything we discover for the last 3-4 days.

Why does A&G bother to do this?  Simple-- To make two points:

2)  People think they're tolerant and accepting of other points of view.  They're not.  Most are deeply intolerant toward any viewpoints that differ from their own or the majority-accepted norm.

So without further ado, here's a sampling of news stories from around the globe from Fri 4/13 to Tues 4/17 where well known people had to apologize for things they said or done...

~ In this world, you apologize for being truthful...

"Several top GSA (General Services Administration) officials apologized to lawmakers, their colleagues, the president and the American people for failing to head off what became a four-day $820,000 entertainment fest for 300 Western Region employees." (GovExec.com)

~  They should have added, 'We don't regret spending that much. We're just sorry you all found out about it...'

"A New Jersey lawmaker apologized Monday for asking a state police trooper to not issue him a speeding ticket, stressing that he was not trying to use his elected position when he made the unsuccessful request."  (lohud.com)

"(Red Sox manager) Bobby Valentine has had to apologize for comments he made about third baseman Kevin Youkilis' lack of commitment to this season on a Boston TV station"  (Boston.com) "During the Great American Panel segment on last night's 'Hannity' (on Fox News), Political commentator Bob Beckel inadvertently let an expletive fly... Though he initially balked when asked by Sean Hannity to apologize, Beckel quickly relented... Beckel, who expressed a concern that he would be fired over the fleeting fuck, doubled down on his apology by taking to Twitter after the show to pen another mea culpa"  (Gawker.com)

~  Pathetic.. bad enough Beckel had to apologize for saying 'Fuck' but it was so clear that doing so was against his principles but did so anyways... anything to keep those paychecks coming

~ To give context to the headline: Axl Rose, former front man for 'Guns n Roses' didn't want to attend his band's induction into the Rock N' Roll Hall of Fame if it meant having to share that honor with his bandmates.   So he didn't attend.

~ Of course Rosen 100% meant what she said but will not risk losing her job over something as trivial as Principle. 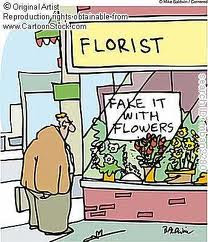 "Miami Marlins manager Ozzie Guillen sat in the heart of Little Havana on Tuesday, seeking forgiveness for what he called the biggest mistake of his life — saying he admired Cuban dictator Fidel Castro." (Chicago Sun Times)

~ Utter Bullshit.  The man got suspended five baseball games for giving his opinion!  Maybe he was right.. Maybe he was wrong..  Irrelevant.  Guillen gets crucified for expressing thoughts.  The fear that the Cuban population of South Florida would boycott attending Marlins games was enough for their despicable owner to inflict punishment upon a man hired as their manager only a few months prior. 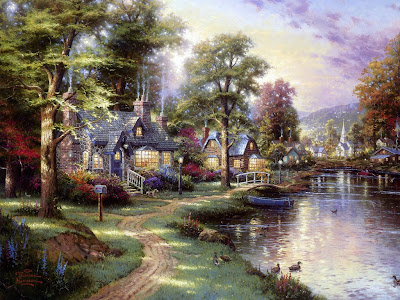 On a personal note, we at A&G just recently discovered today that Thomas Kinkade passed away a couple weeks ago, on April 6th at the age of 54.  Unfortunately he was battling alcohol for most of his life and after a night of heavy drinking, his life sadly ended.

For many of us here at A&G, we looked fondly upon Kinkaid. He was a wonderful artist, the "Painter of Light" that through his works, both on religious and secular themes, brought cheerfulness and a lot of joy to millions around the world.

So we mention his passing here and remember his artistry fondly... 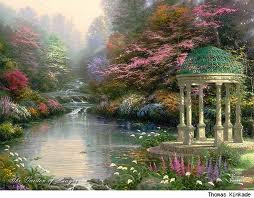