Who props up the US economy? Foreign shoppers.. 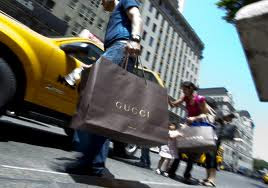 Then after the closing bell rang yesterday, Alcoa, who makes aluminum released its quarterly reports which were "glowing.  This causes after-hours trading to expand wildly and Ta Da!!~ The recovery is stronger than ever with the Dow up 115pts as of this writing.

So many things this implies...

Kinda shows how meaningless a college degree is, actually.

Everyone who works in Wall St in jobs beyond shining shoes and cleaning commodes have at least a bachelor's degree in some field.  Some may have Masters' degrees.. even a Doctorate or two...

And virtually all of them are simply plum ignorant.   Gifted minds don't usually behave in a manner akin to placing fingers in both ears, closing eyes tightly and bellowing "La La La La" to insure no truth about the economy seeps into their cabezas.

But in a society where one's intelligence is measured not by knowledge but by wealth accumulation, those financiers, investors, traders and other corporate sludge are pretty brainy smurfs to be sure. 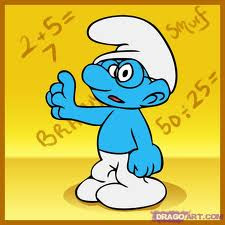 Now while it would help if mainstream news would just write articles that openly and honestly expressed how bad the US economy is, especially for the bottom 99%, one should never, ever expect it--

Well, there's one exception-- if/when a Republican is president.  Then starting in 2013, magically will appear endless media narratives about disillusionment, depression, desolation and any other negative "D" word.  And the point of origin for this pain will always be 2007;  Never ever 2009-2012.

There are ways a reader or news watcher can sift through the happy hokum to see the true state of things in America.  Take a little effort but its doable.   Let's take the following AP story as an example:

How Wealthy Foreign Shoppers Help Drive Growth -- "One of the big themes of the past few years has been the influx of foreigners investing and spending in the U.S. As more people around the world grow wealthy, they want to live, eat, and shop like Americans. Brazilians have been snapping up condos in Miami while Russian oligarchs are falling over themselves to purchase trophy Manhattan real estate...

"Luxury retailers like Saks Fifth Avenue are big beneficiaries of this trend... foreign tourists can account for up to 20 percent of sales at Saks' New York outlet...

"Luxury retailers are particularly excited about the potential for rising Chinese tourism. After all, China's "one percent" contains 13.4 million people. They spend $5,000 to $6,000 on average... They want the brands like Louis Vuitton and Chanel, and those brands are offered in the U.S." 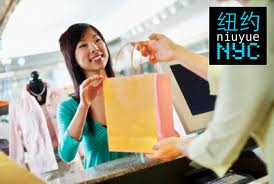 Pardon our French but..  Fuckin' Hell!!

Rather its a knock and a close-fisted punch to the jaw on America and its elected leaders.  Over three decades with the goal of fulfilling a "New World Order"-type global community punctuated by unbalanced trade agreements like NAFTA have completely decimated our ability to drive our own growth.

And what percentage of foreigners overpay at gaudy monstrosities of retail rookery such as Saks?   20% according to estimates.   Twenty Percent.

And who is flocking to our hallowed shores to buy up all the high-priced crap we sell in our service-sector society, products made mostly in third-world countries?  The Europeans?  The Brazillians?  Sure..to a degree...

But its also the Chinese.  The Communist Chinese where the average wage for a Chinese worker is equivalent to $14,000 US dollars (US median income is $47,300) in a nation of over a billion people. 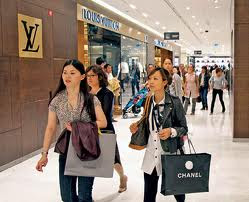 And what do these people want-- Freedom?  Liberty?  Democracy?

Nope.. Louis Vuitton, Chanel and Fendi will suffice.   Must be nice to know you, as a Chinese person are So vital to the economic salvation of another nation; to have Americans serve and cater to their every whim..  like serfs.

But like we said earlier, ultimately you can't blame the Chinese or any other nation/nationality for this sudden 'world turned upside-down' disparity--  our leaders did this to us.

Democrat.. Republican.. both intentionally fucked over its people for the sake of the "now" vs the future. 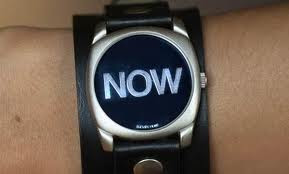 The disparity between living wages and cost of products/services was allowed to continue with no effort made to curb it.   Instead, the advent of personal credit was introduced into society to serve as the buffer. Corporations were allowed to relocate overseas, taking entire industries and technologies with them.  Only the empty factories remained.

Our government pushed and pushed (and still pushes) college education so it can profit off its people via tens of thousands of dollars in crushing debt before a young person reaches 21, then does nothing to insure good-paying jobs are available to pay off those loans.  Of course, jobs at McDonalds and Wal-Mart are always aplenty.

And if there's one thing America needs more of beyond lawyers and doctors,  its more waitresses.

So now we're a nation that is starting to learn to do with less.  Maybe we can by "A" or "B" but we are no longer able to buy both.  And every month, instead of figuring how we're going to enjoy the monthly surplus (wages minus bills/expenses), families are now figuring out what needs to be cut to make ends meet.

When done voluntarily, such money management is a good thing; a psychological lift of self-empowerment.  When its forced upon a person, its outright depressing and demoralizing. 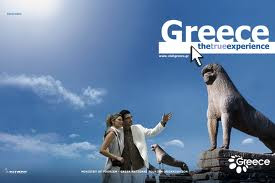 The above article reminded me of Greece.  The nation after being thoroughly sold out by its leaders, pretty much has nothing left.. no infrastructure, nothing to export that will boost its economy.. it has one thing-- tourism.

The weaker and more economically desolate a nation, the more they depend on tourism dollars to keep it afloat.  It provides jobs-- for service and hospitality sectors.  Doesn't matter if Athens is crumbling as long as the Parthenon looks pristine.

And that's where the US is heading.  And it is 100% the fault of Democrats And Republicans.. our one-party two-headed system that leaves the voter with no real choice election upon election.

Good thing we have lots of monuments and shopping malls to entice..

Like we said the other day, if you are the 99%, you want to see Wall St collapse and investors & financiers lose so much money so quickly that they turn to the irrational.  Because to be blunt about it, why should they continue amassing wealth as everyone else sees their nest-eggs dissipate?
Posted by dsasR at 11:19 AM