A Belated Easter Gift to A&G from Wall St 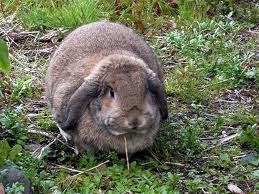 Looks like the Easter bunny has brought A&G a very nice post-holiday gift:  a stock market that dropped 130pts to close at 12,929, dropping below 13k for the first time in a month.

The common person- intentionally uninformed, judges the overall state of the economy by two numbers-- the stock market and unemployment.

If market is going Up and unemployment Down, then even if a person's individual financial life is total shit, he/she still feels hopeful and optimistic for the future, even if the 'cavalry' is not coming to save the day anytime soon.

And they will re-elect the incumbent almost 100% of the time.

Most do not bother to sift beyond the headline, and if the news is bad, all it takes is one "but" followed by a rosy pronouncement, and let cheeriness commence.

For example, this headline from corporate dog, Associate Press:

See that?  See how the header couldn't simply say 'Stocks Slump on Jobs Miss'..  Notice the "But" then the rosy pronouncement based on who??  Oh.. on the opinions of 'Some"... 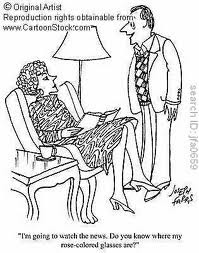 ~ Caption:  "I'm going to watch the news.  Do you know where my rose-colored glasses are?"

That headline and thousands like that are no accident.  There's purpose.

You, the consumer MUST spend..  You represent 70% of the economy so they will say and do Anything to get you to spend every last dollar you have, and then charge the rest on impulse shopping and catering to one's Id.

How you later pay off your debts, no one really cares about.  The government and private business have mechanisms in place to financially profit at every step of your spending spree, and at every step in your eventual downfall to bankruptcy and foreclosure.

It is a Fact of behavioral psychology that when you feel good about the future, you will loosen your purse strings and be more likely to buy a home or car or take a vacation, etc...  When you feel insecure, you will tighten your financial 'belt' and hunker down.

So how does the government get people to spend while not genuinely improving the job situation or the means for people to acquire the necessary $$ to spend?

One must give the Impression of it.

And why is the mainstream corporate run press pushing this?

Advertising dollars.  Companies don't just pay print and visual media large amounts of ad dollars for the exposure it gives to their products and services.   The media is expected to convey a vibrant economy that is on track so that when people look at the ads, they get excited rather than repulsed.

All of this should be obvious but even the most clearly understood concepts need to be outwardly expressed so there's no misinterpretation:   You & we...  As far as government is concerned, we have 4 basic purposes which fall into categories: 1)  Work/pay taxes  2)  Shop/spend  3)  Obey laws/keep the peace  and 4)  Procreate  i.e. create new generations of consumers and soldiers to keep the chains moving.

Anything beyond those four areas and government has no concern.

Most people are not taught the importance of saving.. of budgeting.. of denying one's wants today so there's the means to get what one really needs tomorrow..  Once again.. intentional.  What is government's incentive to have a nation of savers and spendthrifts?  They much rather put interest rates at a hundredth of one-percent so savers are wiped out and banks can borrow more and pay back less..

So we end this post with some open questions.. pretty obvious fare but still, ask them to yourselves:

*  The average person gives up looking for work after 5 months, and a recent poll showed that 48% of all Americans know at least one person who's given up--  does this represent a job 'recovery'?

*  If Wall Street goes up and up, and your life is not improved in any way, shape or form, should you really be Celebrating it?

We at A&G will be openly hoping the stock market drops hard and that many in the top 1% who've made a fortune over the last 3-4 years, will lose their collective shirts..  And if we're so lucky, maybe a few will commit hari-kari... 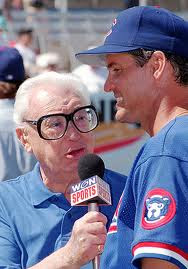 We make no apologies for this sentiment or expressing such views with passion and vociferousness...