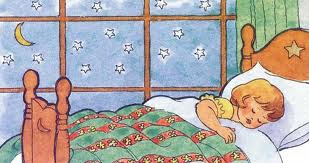 Its late Sunday night and most of the world is tucked in their beds, nestled sound asleep and sawing logs as the euphemism goes.. So we'll keep this moderately short...

Governments keep pushing QE as the only solution to solve the economic mess created specifically by and solely from the financial industry.  And we all know by know that this devaluation of money destroys savers and retirees/pensioners who are dependent on such interest to budget finances to make ends meet.

"Pension deficits at the country's biggest companies have quadrupled in 12 months in the wake of the Government's quantitative easing policy... The final-salary pensions shortfall of the FTSE 350 companies has swollen from £20bn at the end of March 2011 to £80bn at the end of last month, according to pensions firm Hymans Robertson.  The figures lay bare the extent to which repeated rounds of central bank quantitative easing (QE) has distorted the pensions blackhole"

Funny how the people we elect to represent us; to protect us and our standard of living, always seem to betray us, and to do it so matter-of-factly. 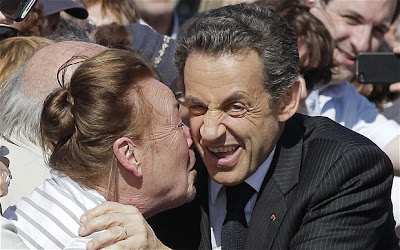 Excellent summary from the Telegraph:

"For three years, Merkel and Sarkozy have imposed savage austerity with one overriding justification: to save the euro. As if in wartime, democracy has been sidelined and public opinion ignored under the assumption that the state – or superstate – has a higher cause.

With breathtaking audacity, Brussels installed its own technocrats in Greece and Italy to impose its policies in “sinner states”. Extreme measures were needed to keep the eurozone intact, they said – without ever properly asking if the electorate wanted the prize, let alone had the stomach for the cost of winning it."

Sunday, May 6 will be a day of reckoning for Europe’s leaders as France votes for a new president, Greece for a new parliament, and Italy goes to the polls for local elections. German state elections follow. On May 31, Ireland is holding a referendum on Europe’s fiscal pact. In June, France has parliamentary elections. Then, on September 12, the Netherlands will go to the polls. 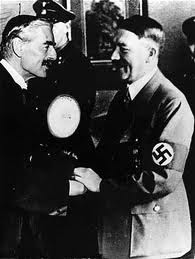 What will come about from all this "nuisance" called democracy as Europe's leaders and bankers call it... Will there be real change?  Will the course be changed from Neville Chamberlain-like Appeasement of the Financial Elite?

Check the stock market on Monday April 7th for the first answers...
Posted by dsasR at 8:50 PM