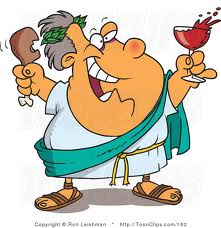 ~ A member of Greece's Finance Ministry...

O' Greece.. O' Greece..
Will it ever give us Peace
Or will it drain our happy-complacent mood
Causing indigestion as like from their food.
We all thought it was news back-page;
Media tried so hard to ignore public rage.
But here it is to irritate for another day
And looking like it shall be a whallop of a May.

Sometimes the best way to introduce a posting is with a poem...

So yes, most people thought that Greece got its bailout, thus no disorganized default and now fortunately we can all go back to completely, utterly ignoring the little nation..

Much the way the mainstream media completely ignored and refused to report that Greece's Finance Minister raided the private bank accounts of its hospitals, Universities and at least one public utility company to the tune of stealing 70% so as to pay out a 30% bond due to creditors.

And much the way the the incompetent mainstream news refused to report on the big news in Greece this past week:  a 77 year old man committed suicide in the middle of Syntagma Square in Athens, leaving a suicide note that explained that due to the government decimating a pension he spent 35 years of hard work to build up, he felt he had no choice; "I see no other solution than this dignified end to my life, so I don’t find myself fishing through garbage cans for my sustenance."

The letter concluded by correctly stating that young people have had their future completely stripped from them and urged them stand up and hang their leaders (We couldn't agree more!) 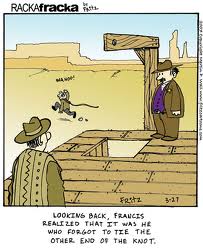 So let's see what news out of Greece the MSM is ignoring today?

It seems that big bailout that was supposed to save Greece is actually speeding up their insolvency.  The first disbursement to Greece was on March 20. Disbursements are paid quarterly and no sooner, which effectively means that June 20 is the earliest next disbursement due date.

Now, Greece was originally supposed to receive 74 billion in the first tranche.  It received 7.4 billion.  Hmm, think someone moved that decimal point.

But it was no accident-- no one trusts Greece to put forth the reforms i.e. further austerity needed to once and for all kill the economic lifeblood of the nation get its budget in order, and most really want Greece to be gone from the EU just not disorderly, so the EU & IMF (17.4% from US Taxpayers) gave some petty cash to play for time.

So here's how Greece's working budget for the next couple months looks:

Of the 7.4 billion euros it received in the first tranche, Greece said it would use 4.66 billion of this money to pay the European Central Bank and other eurozone national central banks for the capital amount of a three-year bond that expired yesterday".

This leaves 2.74 billion over 3 months to survive with. Even if you believe the 1% deficit for 2012 forecast (complete nonsense) Greece is in arrears 1.25 billion per month. This consumes entirely the remaining distributed money from the EU & IMF. Plus there is 5.2 billion Euros of Treasury bills due in April and May.  Plus it owes at least an additional 450 mill. euros for a bond swap offer rejected last month, and payable on May 15th. 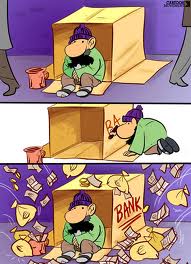 So what can we all deduce?

1) Greece and by extension the entire European crisis is nowhere near a solution; the same risks that many wrote about prior to the March bank chicanery still exist.

2) Practically everyone lies to you-- the government, news.. Everyone.  It is in no one's interest to keep the you informed about any aspect of this global recession/depression which is in year 5 now with no end in sight unless you're a Fortune 500 corp or part of the 1%.  You are needed to be kept docile-- go to work, watch sports, make rumpy-pumpy to your spouse and produce future debt slaves children.

3)  Ultimately we're all together on this-- American, Canadian, Brit, Continential European, Latin/South American, Asian, African, Aussie and Middle Easterner...  We all fight and fight, and try to blow each other to bits, but we're really all on the same side--  getting financially Turked up the yin-yang by a cabal of heartless, soulless bankers who do not understand the question "How much is enough"

If/When we as the various races, religions and ethnicities of the world can band together based on this Truth, then would we begin sincere "Change", and not the hollowed version politicians use on posters.
Posted by dsasR at 10:50 AM