Ever wonder what it would sound like if everyone in the world of politics, finance and media told the truth?  You asked a question on a particular topic and a candid, sincere response was given. It might be fascinating... Might be unpleasant..  Certainly wouldn't be dull.

So we imagined how that would play out.  In this fantasy-world scenario, honest, unflinching Truth was spoken but in 25 word limits (we came up with this clever doohickey to save the reader from reading long diatribes and to spare the writer from having to formulate them.)

Remember- these are fictionalized quotes; our Truth 'fantasy'... 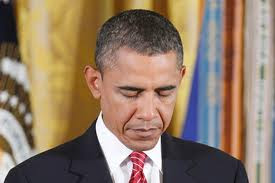 On US economy -- 'I would love it to be stronger. What did you expect though- finance and job creation is not my background.  I'm an academic.'

On whether Obama controls Wall St or Wall St controls him -- 'No one controls me.  We share mutual interests and seek mutual benefit.  And as Reagan proclaimed, wealth trickles down.  Never Up.'

Oh why he's running for re-election -- 'I believe I am far and away the best choice.  I certainly deserve it.  It's good to be the King, um.. President'

On US economy -- 'Its pretty bad.  Honestly, my ideas won't make it better but in my opinion, I can't do worse.  Corporations must lead us out'

On wealth -- 'Anyone can be wealthy.  Anyone.  Don't blame me or anyone else if you struggle.  Not my fault you don't have a wealthy dad.'

On why he's running for President -- 'I deserve to be.  Mormon-God knows I've campaigned since 2007 for it.. I certainly look the part.  Its my time'

On why wealth accumulation is so important to him -- 'I'm 80-something years old.  What do you want me to do- learn to play croquet?  Without it, I'm dead inside'

On his influence on Wall St & in Washington -- 'When you are super rich and powerful, everyone comes to suckle at the teat.  Always happy to help my country out, especially if I benefit'

On how he sees the US economy progressing  -- 'For me and those like me, we passed recovery and are officially "recovered"  The rest of America?  That's on them- not my concern'

On Goldman's influence around the world  -- 'We now have former bigwigs in positions of power in ten nations.  We didn't get there overnight.  Takes careful planning..  patience.'

On Goldman's role in Greece's decline -- 'Don't blame us.  They wanted EU entry- they sought out our service to cook their books temporarily.  Guppies should never swim with sharks'

On whether he's an immoral man -- 'Immoral?  Hardly.  I'm a businessman.  That's what we do-- make as much money as possible.  What are you, a hippie?' 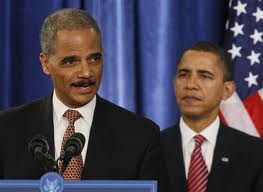 On why no finance big-wig has yet to be prosecuted for the 2008 economic collapse -- 'It doesn't serve US economic interests.  These are powerful men..  Go after them and they can make things worse.  Sorry but they are Untouchable'

On whether this is a Just Dept decision or at the behest of the President -- 'Look, prosecuting Fortune 500 CEOs for bilking investors and making unlimited amounts of money sends the wrong message that capitalism is bad'.

On why the Justice Dept. wants to see so zealously the conviction of George Zimmerman, Trayvon Martin's shooter -- 'Black on black crime is one thing.  Blacks killing whites is another. Whites killing blacks?  No! Not going to stand for it'

Steve Jobs, Former head of Apple- now deceased
On his legacy -- 'I will go down in the annals of time as a very important person.. Powerful.. Vital..  I'm very content with that'

On whether he thought himself a good person -- 'Ask my daughter.. Wait, um.. don't. OK, I was not a good person but I made a great product so what else matters, right?'

On whether he has any regrets in his life -- 'That I didn't make More money.  It seems you Can take wealth with you beyond the grave. The currency rates are a bitch'

~ We know, we know.. can't give truth serum to the deceased but in all candor (after gulping some serum ourselves), we at A&G simply despised the man for his contemptible avarice, all-encompassing arrogance and all-around unlikeability as a person 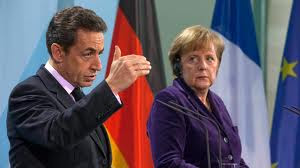 On why Europe is so determined to keep the Eurozone together -- 'Germany Is the Eurozone.  We lead it.   We run it.  Of course we're going to do everything possible to keep it going.'

On the best way to describe the current relationship with France i.e Sarkozy. -- 'He is a ferret, but we need him. His political challenger is a wildcard.  So, we put up with him and hope Sarkozy wins re-election.'

On how she perceives nations like Spain, Italy and Greece which need constant bailouts -- 'Beggars, gypsies & thieves.. But we must help them kick the can of insolvency as long as possible.   It's in Germany's interest'

On why France is so determined to keep the Eurozone together -- 'Our debts are astronomical.  Without the EU, who would bail us out? Besides, we like being #2'

On chances of re-election which at the moment don't look promising  -- 'Our campaign certainly milked the killing of the Islamist nut who targeted synagogues. We just need something else like that to propel me.'

Have a lovely weekend... 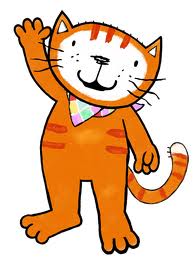