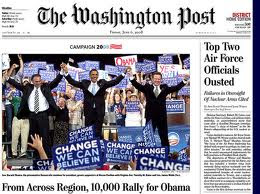 On Friday, we showed a detailed list of the top Investors for the New York Times which pretty much was comprised of banks, hedge funds, investment firms and other (capital-P) Profit-making scum that infest Wall Street.

It should be clear as day to anyone who reads the NY Times that they like all corporate media are bought and paid for, and to never Ever expect true journalism which villifies Wall Street, the finance profession or any other shareholders' sacred cows.

But is the NY Times alone?  Of course not..

So time to look at another newspaper.. The Washington Post

Since All corporations are beholden first and foremost to their shareholders and that's what Investors really are, let's see who truly owns the Post:

*** 20.45% of ALL Wash Post shares are owned by Warren Buffett's company;  That's $759.3 Million reasons why you will never ever see a truly bad word about super-greedy Buffett uttered in the Post 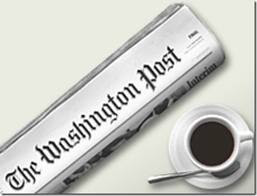 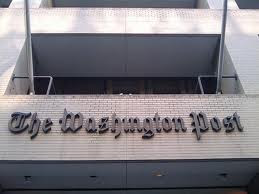 There are 25 financial-related corporations that overall own just about 70% of all Washington Post stock.  And to repeat: The #1 priority of All publicly traded companies are their shareholders.

So you may ask, why does this matter?   Well, when it comes to the Washington Post's coverage of the NFL's Redskins, reporting what the weather will be this coming week, or whether a picture of two kittens hugging each other should appear in pg B1 or B4, it does not matter in the slightest.

But let's say the Post had investigative journalists hungry for the truth; seeking to uncover the rot of the finance world and write a factually scathing expose on the 2008 financial crisis, the current bailouts or other Wall St. deviance.  And included in such a muckraking piece of journalism, attacks on Investment firms, Hedge Funds, the criminality of the banks-- all provided in great, painstaking detail... 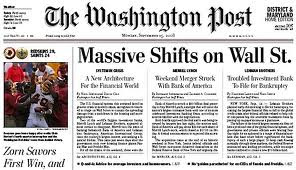 Do you honestly really think a financial corporation  holding hundreds of thousands of shares of stock worth tens of millions of dollars is going to allow the Post to run that; to run Any article that dissuades people from investing?!   Really-- Do you?   A negative piece may be run on a particular company at a particular moment but the entire industry painted as evil (which they are)...don't hold you're breath.

All mainstream media go by the same ideological mantra:  Wall St is good, corporations are good, making money is good and unless you break the law egregiously, all Investors are great.  In addition, USA is #1-- 100% of the time.  If a policy is bad, blame a person, a President or a party platform, but never look critically inward...

Controlling the media is no different than controlling a politician or a political party...its not complicated. 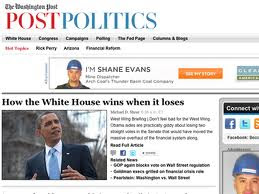