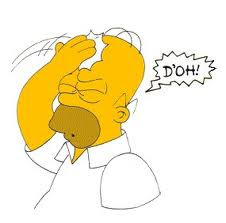 JPMorgan Chase acknowledges $2B trading loss -- "JPMorgan Chase, the largest bank in the United States, said Thursday that it lost $2 billion in the past six weeks in a trading portfolio designed to hedge against risks the company takes with its own money... The trading loss is an embarrassment for a bank that came through the 2008 financial crisis in much better health than its peers."

"Stock index futures fell sharply on Thursday evening as JPMorgan Chase & Co stunned investors with news that its chief investment office had incurred "significant mark-to-market losses" that it said could "easily get worse."  JP Morgan's stock (JPM) fell nearly 7 percent to $38.05 in after-hours trading and dragged down shares across the entire banking sector...

The news from JPMorgan comes at a difficult juncture for the stock market as investors wrestle with heightened concerns about Europe's debt crisis and signs are emerging that the U.S. economic recovery may be starting to slow"

Hopefully you will see a very big market drop tomorrow..

Then again, who knows...

But for lovers of the system and status quo, don't worry about JP Morgan Chase going under.  According to President Obama's 2011 tax returns which are public record, his personal savings is held with that bank so trust us, by whatever means necessary, that bank will not be allowed to fail...  not Ever.
Posted by dsasR at 4:52 PM