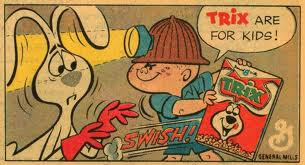 ~ Bunny:  But how can I profit off the market without Trix??

Yesterday the market finished the day up 125pts or so..  Based on nothing real of course.. Just 'Hope'... Hope that Greece would be OK.. Hope on this.. on that..

Here's how Yahoo News put it:  "On Tuesday, global stocks rallied as investors chose to focus on the 'good news' coming out of Greece and ignore the very bad news coming out of Spain."

Investors-- the human equivalent of the skin at the bottom of one's foot decided that they would pick and choose what news they would focus on for that trading day.

Negative reality didn't serve their purpose of profit making & taking, so if the news was a collapsing housing market, lower consumer confidence or the potential Nationalization of banks in Spain..   Ignored. Like dandruff off a shoulder.. ~brush..brush..

And the 'good' news seemed to be the orchestrated intense blitzkrieg of extreme, apocalyptic warnings and forecasts upon the Greeks via the corporate controlled media, were working.

Bombardment of fear from every media and financial orifice starting to really scare the shit out of the Greeks to vote for the pro-bank, pro-austerity parties that got Greece into this mess.

You'd think no nation has ever defaulted before?? 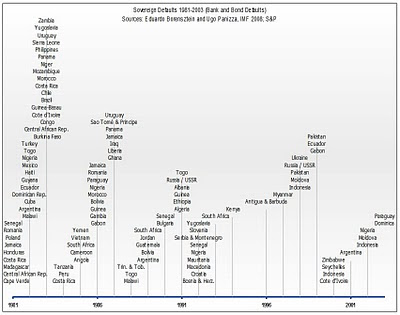 We're not saying that a default makes life easy on a nation.  We're saying that every nation who has defaulted has survived to see the light of day the next morning and kept their sovereignty intact.

So what's going on in the market today?

Why this change in the Dow in the span of only 1 trading day?

As if American investors really give a Fuck about any nation outside of the US... Most couldn't properly identify Spain or Italy on a map and yet magically today Investors care about these countries as if their problems suddenly sprouted up overnight and their suffering means something ...

Of course tomorrow, expect 'Problems Solved' and another rally.. 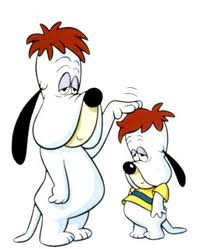 But as we've written extensively before on this, Investors do not care about Nations or populaces.  And to be fair about American investors, they really don't give a fuck about American people any more or less than people of Greece or Germany or Ghana.

Sociopathic people simply do not possess the empathy gene.

IMF head Christine LaGarde is as good as example of this as any.  All weekend, she's been going to one media outlet after another blaming the Greek people for their predicament, expressing no sympathy because supposedly Greeks don't ever pay their taxes..

Then it was found out that LaGarde's IMF salary is tax free.

"The managing director of the International Monetary Fund is paid a salary of $467,940 automatically increased every year according to inflation.   On top of that, she receives  an allowance of $83,760-- payable without 'justification' -- and additional expenses for entertainment, making her total package  worth more than the amount received by President Obama" -- Telegraph UK

Well, How 'bout that?

It is investors who caused the economic horror the globe is witnessing & experiencing today and it is the same parasites who seek to financially profit from it, every step of the downfall.

And why are they allowed to?

Because All politicians of all nations cater to their wish and want.  Governments can't seem to generate revenue to sustain their economies on their own anymore.  All nations are Utterly dependent upon Investors to provide the finances to keep their economies afloat.

For loyal readers of A&G this all seems repetitious but we have new readers daily and we're more than happy to educate people on the truth behind markets, banking and finance... as often as need be.
Posted by dsasR at 1:02 PM