'Its an Investors world, but it would be nothing without the 99%' 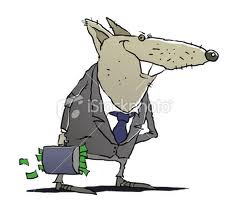 Its late May- Springtime is here; the weather sunny and warm

In Greece, its looking more and more like the nation will vote for a second time in mid-June to reject austerity and cause severe chaos to the Eurozone and give Merkel heart palpitations in the process.

Meanwhile global markets are falling, falling.. (About bleeping time!)  Investors are nervous, concerned and best of all frustrated that they can't find an outlet to make a quick killing while all this market uncertainty is afoot

Then we read articles like the following from the Telegraph UK (in blue) that makes our skin crawl, stomachs churn and seek out walls to furiously punch:

"Major global banks are advising clients to prepare for a stock market rally and a resurgence of the euro if Greece is forced out of monetary union, betting that world authorites will flood the international system with liquidity." 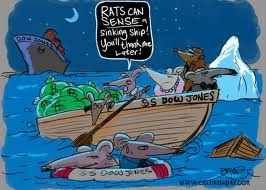 "Bank of America said EU authorities will pull out the stops to keep Greece in the system as they weigh the full dangers of contagion. Should that fail, it expects a series of dramatic moves.


"The ECB would cut interest rates, launch quantitative easing (QE), and back-stop Spain and Italy with mass bond purchases; the authorities would inject capital into the banks and create a pan-European system of deposit guarantees. The combined moves would be a major step towards EU fiscal union.


"We think the worst is over for the euro," said David Bloom, currency chief at HSBC. "The central banks will have to step in massively and that will be a soothing balm for the markets. The Fed is already leaving the door open for more QE. We could see quite a powerful rally." "

And if you disagree or think otherwise, pardon us for such bluntness, but you sincerely do not have a clue or grasp of what's going on in global finance.  Either that or you possess a sick "Stockholm Syndrome"-like emotional embrace of banks, financials and corporations.

Either way, you need counseling. 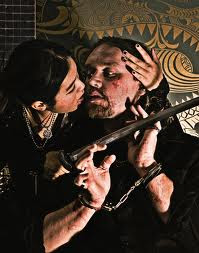 Let's really understand what the previous paragraphs are saying.

Right now you have a European "Union" that is really nothing of the sort.  A bunch of nations called the Eurozone share a common currency called the euro (Britain for instance is in the EU but not the 'Zone'; its currency is still the pound).

The Eurozone was designed by central bankers to gain control of sovereign nations' independence but do it slowly, first as economic only. There was no way in 1991 that autonomous nations would willingly give up their sovereignty.  But like a drug, that was simply the "taste"; the hook or gateway..

They knew the model was flawed because you can not have economic unity unless you have political, centralized unity like in the US where a central government can respond quickly to crises and supersede the will of the various states.

So like an addictive drug it hooked nations in, especially the periphery-- nations like Ireland, Greece, Spain, Italy and Portugal whose collective national finances were so weak even 20 years ago that the Euro seemed like a salvation.

As their debts increased along with utter dependence on the euro as their currency of salvation, those nations lost more and more of their political independence.  Then the loans and more loans.. and the bank exposure.

Nations are so 'hooked' at this point, they can't remember a time they were ever economically independent and free to make their own financial decisions. And they're scared shitless to act like proud nations of free governance. 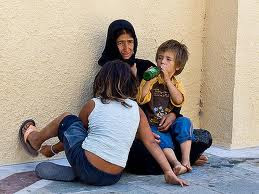 So according to Bank of America, the scenario is Greece leaves and Merkel (Germany is the piggy bank of the Eurozone), the ECB, the Fed, Bank of Japan and every other financial bigwig coordinates to open the floodgates with unrelentless streams of money simply protect the precious System and status-quo.

You'll be told its to protect you and your savings.  No.  Not really...

And even though this will seriously devalue all global currencies from the euro to the dollar, making Everything from gasoline to food to electricity way more expensive to acquire, this is "Good" because those pieces of (fill in the blank) who make their living in the cesspools of Wall St and other markets will see a dramatic spike...

This means Great Profits for the wealthy as more wealth is diverted up to the very, very rich who run the world from the 99% who scratch and claw to make a life.

And the 'glorious' EU will be saved (Hurrah!)  and the establishment of a centralized power base run by Germany with they setting policy and converting once free nations into nothing more than satellite states or colonies.

Think of Greece- they are so scared of a future without having Germany's teat to suckle, that over 70% still want to stay in the Eurozone even though their nation is in utter shambles; the global equivalent of Camden, New Jersey. 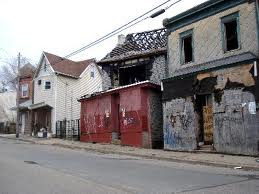 We don't mean to inject religion into a finance blog but God willing, both Bank of America and HBSC will end up being wrong because the banks and the stock markets around the world need to tank..

Yes.. we said NEED..and Badly; a serious purge much like when you are very ill with the flu and full of toxins, and there's one of two ways it will escape.. out the bottom or out upwards..  But it Must come out for you to Truly recover from the sickness and begin to heal.

Anyone who has a shred of love and admiration for true Adam Smith Capitalism has to look at what the world has become and want to just vomit.

When Capitalism was devised by Smith, it was not meant as a means for a few wealthy entities to consolidate and expand wealth at the expense of everyone else.   That economic system had already been in place-- it was called feudalism.

Capitalism sprung up from mercantilism; the notion that if you worked hard, created a product or service that others wanted or invested in that business' success, you would be rewarded.

And if things did not go as plan and the business or investment floundered, that's unfortunate but it was up to you alone to dust yourself off and try again.  No one was going to help you up or give you do-overs. 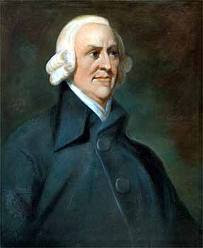 ~ "No society can surely be flourishing and happy, of which the greater part of the members are poor and miserable" -- Adam Smith
Capitalism as it was originally developed by Smith was also meant to be ecumenical i.e. accessible to all, as well as cyclical.

Think of capitalism like photosynthesis-- the process where leaves convert carbon dioxide (CO2) into oxygen which we humans then breathe in.  When we expel breath, that CO2 then is absorbed by the leaves to create more oxygen.

There's a cycle in place-- if the leaves hoard the oxygen or humans do not expel the CO2, then life can not occur.  Capitalism is supposed to work the same.   Business makes money selling product-- pays worker good/fair wage which allows individual to buy products from business which allow that business to make money...

21st Century Capitalism is a horribly bastardized version, with emphasis on fewer and fewer entites acquiring larger and larger amounts of profit while the rest take on massive amounts of debt to acquire the same things that previous generations could acquire with some savings to spare.  This creates debt slaves i.e. serfs to the banks-- a 21st feudalism

And if you can't get a job, its gotta be your fault right?  You must be aiming too high..  What, $8/hr not good enough for you?! 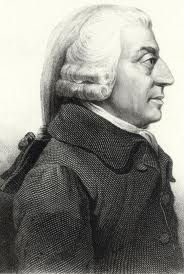 ~ "A man must always live by his work, and his wages must at least be sufficient to maintain him. They must even upon most occasions be somewhat more, otherwise it would be impossible for him to bring up a family, and the race of such workmen could not last beyond the first generation."-- Adam Smith

It is time you wake up, if you haven't already.

You should Never Ever be on the side of banks or the financial elite.  Never Ever root for them or corporations to make profit or for the stock market to spike.

It is you and we and our kids who will be paying for all the QE and the trillions upon trillions in debt.. Paying with our taxes, our independence and individual autonomy.

You want to be hoping and praying that Greece leaves the Eurozone and forces a messy default.  And you want to hope that the financial elite take their financial pain Finally.

We don't want Armageddon or such craziness, and neither should you.   But if true Adam Smith Capitalism is to reemerge in the global economy, the evil and rot who've hijacked the greatest economic system in the world both politically and financially MUST be wiped out. 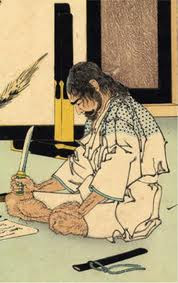