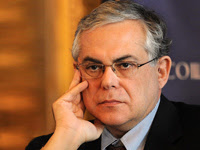 We thought this was funny...  From CNBC:

"News reports quoted former Greece Prime Minister Lucas Papademos as saying that preparations for the country's exit from the euro zone are being considered.  Papademos said such a move was unlikely to materialize but the risk is real."

We guess CNBC forgot to also mention Papademos was not elected by the Greek people; he was an EU appointed technocrat which is a fancy term for banker and worked extensively with Goldman Sachs prior to his appointment as PM..  We're sure this omission of information was unintentional...

Anyways. the first part of Papademos' comments are true... The 'unlikely' part is the mumbo jumbo to calm investors.

It sorta reminded us of parents off-hand telling their kids that they may (will) be divorcing...

"Children, you know Mommy and Daddy love each other but.. sometimes things happen and.. well its highly unlikely of course so don't worry but.. um... one of will not be living here much longer... but like we said.. this is just talk, so go back to bed..."

And ultimately that's what we are to world leaders-- the equivalent of children who must be mollycoddled, kid-gloved and told everything will ultimately be OK because as a society, we're too dependent on our 'Mommies' and 'Daddies' to think, react or survive on our own.

We have elections once every few years, choose someone then essentially say "Here's the key to the castle,  do what you want.. Don't worry us.. And as long as you don't do anything horribly illegal, we don't wish to be bothered..."

So anyone who wishes to look at Papademos' comments, and chooses to focus upon the 'unlikelihood' portion is a "Grasshopper"

And those who focus on the truthfulness of "preparations" being made to exit the euro, especially those living in Europe and are making preparations of their own, are "Ants" 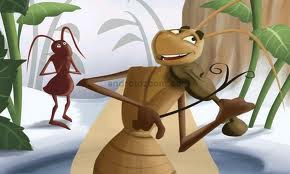