Who's Afraid of Virginia Woolfinakinakes 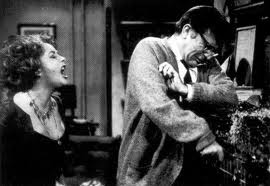 ~ The role of German Chancellor Andrea Merkel will now be played by the late Elizabeth Taylor with the late Richard Burton playing the part of 'Greece'...

The big news story over the weekend wasn't so much that the Greek political parties couldn't come together to form a coalition government.  In fact, had they succeeded, that would have been big news, and a severe disappointment.

No, the big story was the incessant lie sputtered by Germany and the EU elite that Greece needed them more than they needed Greece.

In romantic relationships its enacted this way: "Fine.. I don't need you.. Leave.. yes Leave!  We'll see how far you get without me paying your bills..."  To which this act of Bravissimo is followed by a door slammed shut in our hero's face and the posturer welling up in tears; crying into their beer.

Its a pathetic and comical sight agreed.

This is Merkel and the EU, EMF and IMF Troika.  Truth is they need Greece to stay in the Eurozone most Desperately. Its not that Greece itself is important-- its just all the hundreds of billions of euros in Greek debt exposure that European banks are exposed to. If Greece leaves, the banks would be forced to 'mark to market' their debts which in simplest terms is like an everyday person pretending they are only in debt for $10,000.00 when really that decimal place is two places too far to the left and it should be $1,000,000

The banks in Europe like in the US are zombie as it is.  At the beginning of 2012, the Fed did a dollar to euro currency swap so the EU could generate a trillion euros to give to their banks and prop up their markets.  That sugar high lasted 4 months and now is wearing off.

The Troika & Merkel also desperately need to keep Greece in the EU because of precedent.  There's bigger contaminated 'fish' in the sea to worry about.  If puny Greece leaves and god-forbid Survives on its own much less Flourishes??..  See how bad it would look to the austerity-ites.

Here's a simpler way of understanding this Troika-Greece dynamic:  If they really didn't need Greece then why over this weekend, did they offer economic concessions including pushing back debt targets and other financial enticements under the Specific condition that a pro-austerity government was formed that did not seek to leave the EU?

That offer certainly wasn't made out of kindness.

More like fear..  Like as in "Oh My F'ing God, Greece could actually put a government in place by June that will stand up to us, and call our bluff and force us to bail Greece out on their terms or they will simply leave" 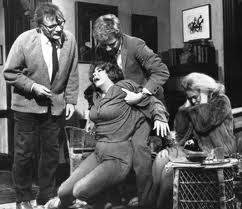 Now as of this writing, there will be no Greek coalition government and we're looking at elections in mid-June with the anti-austerity Syriza party gaining traction among voters (11% increase in polls in 1 week alone).

So unless there's some dirty, filthy economic trick or scheme in place by the black-hearts in Troika-land, or they outright try to assassinate Syriza's leader, changes are going to be afoot this summer whether the elite like it or not.

Honestly, this all should have happened two summers ago when the EU was deeply immersed in Greek debt and Greece could have called all the shots in an economic kamikaze play.  But they had corrupt, despicable people running their government who financially profited via bribes and kickbacks from Greece's demise.

They didn't have Alexis Tsipras- the first Truly brave leader to stand up to the financial and power elite since the entire global economic crisis began in September 2008. 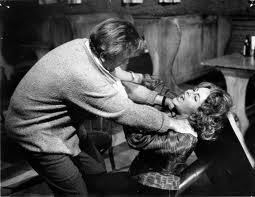 President Obama was elected into office four years ago on the hopes he's be That man.  Tens of Millions were duped and four years later, are now forced to re-elect what they perceive right or wrong, to be the lesser of two evils.   Practically every voter in this upcoming election will be marking a ballot with one hand while pinching their nostrils with the other.

In Greece though, it appears they have a real leader with some conviction and principle.  We know..we know. all politicians are ultimately terrible.   But for the Greeks come June, they will get to vote in an election with clear distinct choices...

And in this specific circumstance, we in the US envy them.
Posted by dsasR at 8:03 PM