Explaining the news- 25words or less 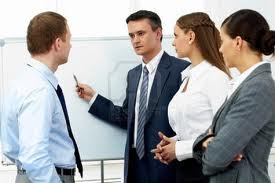 ~ Man: "And this is called a pen.. see how it contrasts against this board.. "
Woman in white: "He's Sooo focused.. hasn't peered down my top once"

Here's a segment we like to come back to from time to time called cleverly enough 'Explaining the news- 25 words or less' in which questions will be posed and.. well, the headline explains..

Remember, the question does not count against the 25 words..  Let's Begin.. 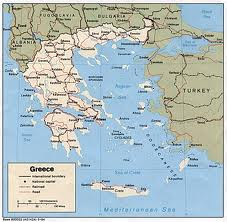 A:  Greece wants Marshall Plan style bailout while staying in Euro.  Others: Hell No!  Banks worldwide stand to lose one trillion if Greece leaves; markets scared.

Q:  We're impressed.  Follow up- if Greece votes the Syriza party into office, does that mean its a done deal that Greece is out of the Eurozone?

A:  Absolutely not!!  Syriza doesn't seek to leave.  Shoddy media portraying it as 'No austerity, No EU' but no member can be forcibly removed.

Q: But why would media and Germany portray it as either-or?

A: Because Germany wants to force Greece out without it hurting European banks or Eurozone itself so its a PR move; portray Greece as baddies.

Q: So how could Greece leave the Eurozone if it says it doesn't wish to go and supposedly the rest of the EU doesn't want it to go?

A:  Syriza party wins then rejects austerity.  Germany refuses to give more money and Greece either leaves 'voluntarily' and converts to drachma or drowns completely.

Q: But doesn't a strong stock market mean a strong US economy?

A: The market has spiked 10,400 pts in 25 years based on speculation, excessive risk, Fed money printing and outrageously low corporate tax rates.

Q:  Do you see a crash coming?

A:  Its possible.  We don't see Bernanke allowing it.  Expect QE3 to cost a zillion trillion, then Dow 20,000.  The market is That manipulated. 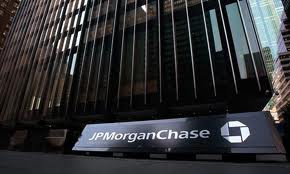 A: CEO Jamie "Scumbag" Dimon says it was lost via hedge funds.. he's a liar.  The money was speculated.

A:  When you 'hedge' you're predicting something over another thing.  You may ultimately lose $$ but one will be profit and one will be loss

A:  JP Morgan supposedly hedged yet lost money on both ends.. No.  Only happens when speculating i.e. put money at great risk to make large returns.

Q:  What will happen to JP Morgan Chase & Dimon as a result?

A:  Nothing.. Absolutely Nothing.  'Too big to Fail' and all that;  Quickly forgotten like MF Global since its too complicated for most to understand. 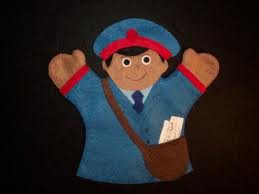 A:  There's 2 or 3 employees at our local Post Office which we wish would be included on that list!  Otherwise, we feel badly for them.

Q:  But many say the Post Office is highly inefficient, hemorrhaging money and moves like this are needed.. Do you agree?

A: We know online bill-pay has killed USPS but so has higher package delivery charges.  Why pay $6 to mail gift when Amazon ships free.

Q: It can't be that simple.. charge less?

A:  USPS's problems stem from being on the hook for pension payments 15-20years in advance.  So every dollar now goes into that.

A: To a degree.  Higher charges matter too.  USPS should experiment- reduce package rates by 33% for six months, or $2 for 2lbs promotion. 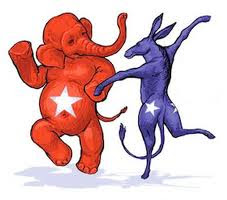 Q:  Any thoughts on the election so far..

Q:  Well how do you see things playing out generally speaking?

A:  Things going to get drastically worse before election but loyal party voters would not change allegiance even if their candidate was a pedophile..

Q:  What will be the primary issues of importance outside of the economy?

Now you're all caught up.. Happy Thursday~
Posted by dsasR at 1:07 PM