When something good is made to look bad 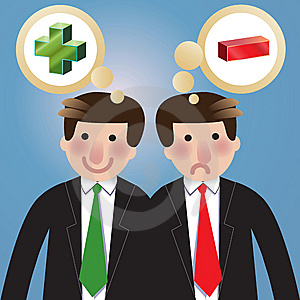 One of the most amazing things when covering the current 4 year recession-depression from the media angle, is how the corporate media with their own self-interests taking prominence, treats positive things as negative.  And in the process convincing or, rather Duping most everyday people to root against their own interests or feel downbeat about statistics that should make them feel happy.

The stock market rising is certainly a great example of the lie.

Consumer borrowing dropped $9.5 billion in August (AP) -- "Consumers slashed their borrowing in August by the most in 16 months. The drop suggests many worried about taking on new debt while the economy slumped and the stock market fluctuated wildly.  Fewer people used their credit cards. And a measure of auto and student loan demand fell... "

Now this is a good thing- people being responsible with their money; not taking on an increased debtload and working hard to pay down the debts they already have.

Now the media makes this out to be bad because as they keep emphasizing, US consumption makes up 70% of the economy.  But notice how few ever really delve into that issue and ask relevant questions--  why is it 70%? Isn't that High? Why are we a nation of consumers and not producers?  How did NAFTA and the WTO (World Trade Organization) contribute to this problem?  Why has no leader of either party worked to rebuild the manufacturing base?  How is it realistically possibly for indebted people with no jobs or fear of losing one, to keep spending and spending like there's no tomorrow? 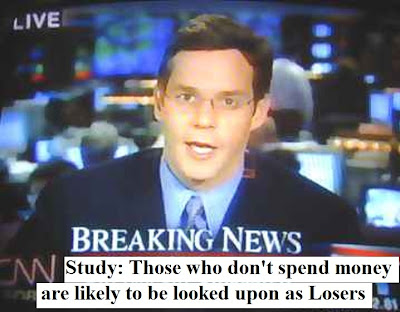 The Corporate Mainstream Media asks No questions of importance or relevance.  Nothing!  They toss some stats and make a positive achievement sound terrible.  Just the previous month, July, spending increased by $11.9 billion.  Based on what?  Well mostly hype and hope that the economy finally was improving and jobs were coming and lie upon lie upon lie.

What I say may be obvious to many but I say it nonetheless-  the mainstream news is completely worthless.  The goal is to provide just enough content to keep viewers tuned in between the endless commercials for beer, cars and erectile dysfunction pills.  Most "news" comes from AP or Reuters, which the TV networks pay money annually to acquire the content for the six to seven figure-a-year news anchors to read off teleprompters.  Less expensive that way than to hire journalists to find news on their own.

Very few care entities about you.  CNN doesn't.  FOX & CNBC sure don't.   No one will truly report how bad things are economically and do it with the honesty and clarity that risks advertiser backlash and politicians' threats.

'Ants & Grasshoppers' does care.  We don't seek to make money off you- neither directly or through advertisements.  We're quite ok, thankyou.   And we don't seek to guide you to  invest in this or that.  We want our readers to be informed and awake to the realities.  Not panicked.. not running for the hills with shotguns and 2yr supply of canned peas.  Just prepared for realistic contingencies.  How you prepare specifically-- that's up to you.

In order for people to survive and have any chance of making it in this new financial world,  you & I- we must become savers. Those lost jobs are't magically coming back and if/when they do, it will be at depreciated wages compared to before.  That means budgets..  means not looking as "new" as always being better.. means taking personal, individual control of your finances so you're not in a position to be dependent on another for assistance, and all the shit that one has to put up with in the process.

There is an old saying-  'A bird in the hand is better than two in a bush'.   If someone does not have a job, or is working but that job is on shaky ground, now is Not the time to be buying homes, cars, clothes, jewelry, HDTVs or iPads.  It is a time to be smart and sensible with your money- avoid risk.. avoid buying needless shit that does nothing to enrich your lives.. avoid clutter.