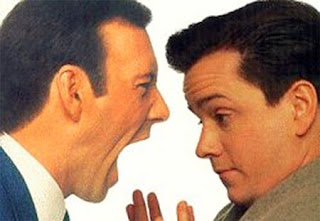 I start this posting with a quote from the Wall Street Journal, an honest and candid assessment on why companies are not getting the employees they need..  Are they going through a skill shortage?

"Some of the complaints about skill shortages boil down to the fact that employers can't get candidates to accept jobs at the wages offered. That's an affordability problem, not a skill shortage. A real shortage means not being able to find appropriate candidates at market-clearing wages. We wouldn't say there is a shortage of diamonds when they are incredibly expensive; we can buy all we want at the prevailing prices... American companies don't seem to do training anymore"

It vividly reminded me of a job interview from my high school days.  It was a summer job I was seeking- a data entry position.  I filled out a resume but the employer was still insistent I take 30-45min of my life away to fill his application. My resume was required but yet not good enough.. Tick Tock.. Scribble Scribble..

Then we sat down for the interview.

First thing he noticed when glancing at my application was I left the salary demand blank.  I didn't see the point in filling it.  He knew exactly how much he was willing to pay me ($8/hr) and if I put down what I really was desiring ($10/hr), the interview would have ended before it began.  And if I put a lower number, I'd be short-changing myself and showing a lack of confidence; a willingness to settle.

So he and I politely argued over this (as I quietly seethed) then seeing his absolute refusal to accept a blank demand, I put $9/hr sought.  The interviewer looked at it and smugly said, "Well this job pays $8/hr.. "  I wanted to slap him hard.  I just simply said 'ah'. 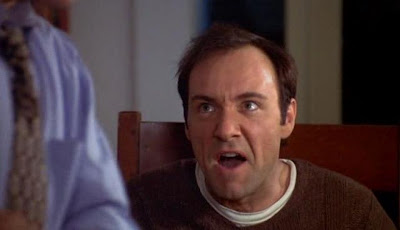 Then we went over what computer skills I possessed.  Was I proficient in Mac?  Yes. Windows 95?  '98? Yes to both.  On and on..  Then he asked about a program called Peachtree.  I say No, I am not familiar.  He gruffles and goes 'Oh.. well that's important'.   Well what about the other 9 programs I was grilled on- weren't they?  Realizing this interview was pretty much over by his behavior and pen tapping, and not being the cowardly sort, I stated, "Well you know, you could train me on Peachtree.  I am a quick learner"  He responded they didn't have the time to do this i.e 'We don't want to pay you eight precious dollars to spend one hour to teach you Peachtree basics'

By this point I stated something to the effect "I am sure this ad has been in the paper a while because you expect applicants to know every software program and then pay nothing for that knowledge.  Either stop being so cheap and pay to train new employees or raise your salary demands so you really attract the type of person you seek'.

He briskly told me 'Thankyou for your opinion-- Good day'  and that was that.  Pushed briskly out the door without a hand being laid on me. I couldn't help but laugh to myself at the absurdity of this employer and thought to myself- certainly they can't all be like him?

Eighteen months later his small business was no longer in existence.  Newspaper article at the time said one of his employees had embezzled money then used it to pay off gambling debts.  The employee was arrested but the money never recovered.  And abruptly, the company closed its doors.

I remember reading it at the time and imagining if I had been hired by such a cheap, bottom-line person, the work experience would have been pure Misery. 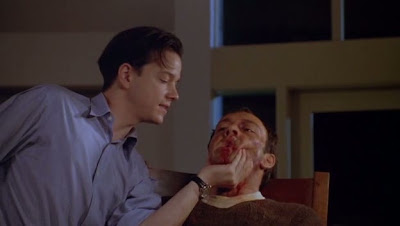 Unfortunately there's Millions and Millions of Americans who either work for assholes like that or interact with them in the job hiring process.

Remember, if you're willing to learn every little piece of information possible in a particular field and offer your intellect and time for a fraction of what you should be paid (like 25-40% less), you will be coveted and never deal with long term job loss.   You will also be Pathetic.

But that's a posting for another day.
Posted by dsasR at 10:47 AM