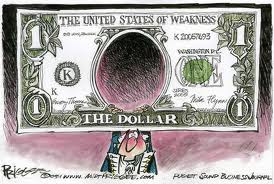 Its very important you remember this connection-- it is the simplest and clearest way for any person to truly understand how out of touch Wall St is to the overall health of the US Economy, and how Federal Reserve's treasonous policy (QE 1 & 2, Operation 'Twist', etc..) have caused this disconnect to occur,.

Here's a couple headlines from Friday:

Lets's put aside the fact for a moment that we're really in month 45 of the recession-depression so AP stating recession fears easing is complete bullshit (though quite par for the course where mainstream news is concerned).  Instead focus on the connection -- market goes UP. oil goes UP. 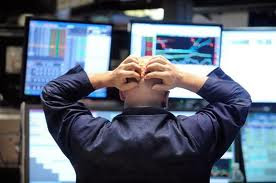 ~ When people like this are miserable, everyday Americans benefit

This may sound odd for others to read but it is true- the best thing to hope for when it comes to the everyday personal finances of normal Americans, is for the market drop very very hard and meander there.  Nine trading days ago, before this artificial Dow spike of over 1100 pts, oil was $74/barrel and the dollar was the strongest it had been vs other currencies all year.  Now oil has jumped $13 in less than two weeks and the dollar is collapsing again.

Remember,  devalued money doesn't mean something you buy went up in price because of inflation.  It means in order to acquire something at the item's true value (let's say a gallon of gas that normally would be $3/gal), requires more paper money or coins than before (consumers now paying $3.55/gal).

If you do not want to be paying $4, $4.50, or higher for gas... If you do not want to see every single essential from food to clothing to electric go up and up...  If you want to retain purchasing power with the money you Do have, then you Want the market to drop; you're hoping and praying it declines steadily to a point where the Dow Realistically represents the overall health of the economy and deters Investors from speculating.

Equally so, you want the market to stay low until True economic and job creation policies are enacted to help Both Wall St AND Main Street equally.  And NOT anything that even whiffs of "trickle down" fiscal policy.
Posted by dsasR at 2:40 AM