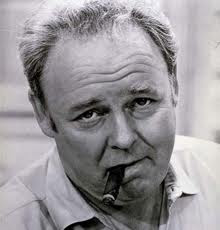 Seems some people don't like OccupyWallStreet's message that among other things, the wealthy should be paying far more in taxes, especially as they've been living high on the hog for so many decades (During Eisenhower's Administration- the prosperous 1950s, the highest percentage of wealthy payed 90% in taxes; now its 35%)

They are calling themselves the 53% movement because they say 47% do not pay taxes, and they are tired of paying for others.  They are also annoyed the OccupyWallStreet movement tries to lump them in with them (those riff-raff; pardon moi but could someone please pass the Grey Poupon?) and believe people should be allowed to make as much money as humanly possible while a billionaire shouldn't have to pay more taxes than anyone else.

Here are some Archie Bunker (1970s TV's All in the Family) type responses from their Facebook page, care of Yahoo!; "I am responsible for my own destiny," writes one 34-year-old father of three. "I will succeed or fail because of me and me alone." (and) "I took jobs I didn't want. Why don't you?" says one poster to the protesters. "Suck it up and become part of the 53%.""

Tsk Tsk... Oh where to begin??  Anyone who thinks they solely control their own destiny and sinks or swims solely because of them and no one else, is an Idiot.  There's always going to be people who do not have more than two nickles to scratch together, and yet be extremely good & loyal lapdogs to corporations and the well-to-do.

No one lives on an island and no one succeeds on their own.  Government provided the education almost every American has received (with exception of private school and home study).  They also provided for many the transportation to go to school i.e. buses.  Government on a state or local level also provided the libraries which you visited to do research papers or checkout books with zero cost to you.  And government provided and co-signed on the student loans that by other rights, you as a 18yr old had no business receiving, which allowed you to get your degree. 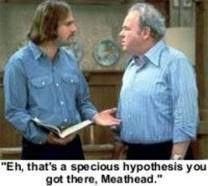 Now when you go out into the world with a brain full of information in a field to which you acquired your degree, and there are few to no jobs because they've been outsourced or no one really respects your field of study enough to provide decent paying jobs, that means your destiny is involuntarily altered by others.  And if you do have a job that pays well, and suddenly you get a pink slip, you are absolutely in Zero control of that. And Lord help you if you choose to not go to college in today's job market- the only choices you will have is burger flipper or store greeter.  So to say one is in control of their destiny or sink/swim on their own is a naive fool, like Archie Bunker was.

Now the morons who say, "I took jobs I didn't want.."... they are part of the problem why all Americans suffer in the work force.   In the US, we have a minimum wage of $7.25/hr but above it, anyone can offer their services for as little as possible and undercut one another in a "Lord of the Flies" manner, just as employers want and expect.  If a certain job in a certain field pays $18-$22/hr for example, and some prick comes along and says to the Boss, "Hey, I'll do it for $14/hr" because his/her mindset is 'I'll do whatever I have to do to survive', guess who gets hired- the $14/hr prick or the person who still seeks $18-22/hr?

And thus widespread, you see national wages drop 10-25% across the board while the products and services never decrease. And everyone ultimately suffers as we become slaves to debt to make up the shortfall.  The person who will do any work at any price feels so smug and cocky, but he/she has contributed to the further downfall of this nation.  While on the other hand, there's power in numbers- when people refuse to undercut one another and take decreased wages while employers struggle to expand their business without going back to old salary, then you have real control of destiny.

This dynamic- those barely making it economically who defend the rich and powerful, is a big reason why Republicans are able to compete in elections; the party is made up of Barons, Bankers and "Bunkers". 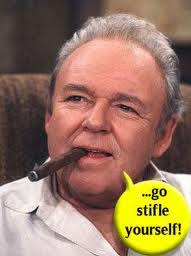