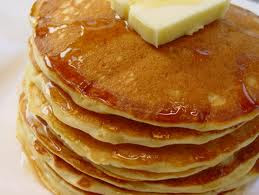 Yesterday we said "Cheers to Slovakia" for its legislative body not approving the European bailout funds which needed all 17 EU members to approve.   We were happy but we've traveled this road too many times- the game is obvious.

And like clockwork, we find out less than one day later, Slovakia finds all the votes necessary to Magically pass it.  It is also pretty safe to say had it passed the first time, there'd have been no second vote today.  Also prior to the Slovakian two-step, the EU were thinking contingencies how to do an end-round so that it could pass its bailout which needed unanimous support without counting Slovakia in process after all.

Whatever it takes, right?

A similar act was played out just three years ago when Congress initially (and correctly) voted down the initial $700 Billion TARP.  The followup-  the market purposely tanked over 1000 pts in 2 days, and through  combination of bribes and arm twisting, magically 4 days later it passed.  And of course only the most politically partisan And delusional cluck would believe that the bailouts saved the global economy from ruin.

So, for those who bother to follow the situation in Europe, its lie upon lie upon lie, sprinkled with mistruth, intentional inaccuracy, distortion and deception.  I guess you could call those lies too but my Thesaurus looked so lonely, I wanted to give it a good dusting off.

Here's a recent example involving Greece--  for weeks the ECB and IMF have threatened to hold off payment of its next 8 billion Euro installment unless the suffering nation which is bordering on civil war, tightened its belts even further and squeeze even more revenue from its tapped-out populace.

This threat in itself was a major Lie or bluff, because it is a fear of Greek default causing Germany and France to scramble around to find trillions of Euro to create a bank/investor buffer fund, yet the IMF and ECB are going to casually pretend if they don't pay money, that the problems are solely on Greece??

The corrupt Greecian government, knowing it couldn't collect taxes the normal way, attached its increases to electricity/utility bills so if you don't pay, you get no power.  So the loan sharks, feeling rather clever and smug that they won, agreed to release the 8 billion payment. 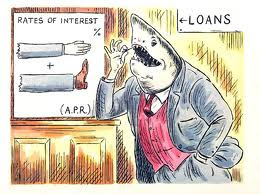 "The GENOP union, which represents workers at Public Power Corp SA, has blocked access to the building where company bills are issued in Athens to protest a property tax which is to be paid via electricity bills, state- run Athens News Agency reported, without citing anyone." - Bloomberg

So what can the Grecian govt do?  Basically two options: 1) Risk an all out civil war as the police are let out and begins a confrontation between the broader population and the government or, more likely, 2) Do nothing, hope nobody in Germany realizes that Greece is doing absolutely nothing to collect taxes, and continue the status quo charade, "which is one where Greece is merely a conduit for the ECB to fund Greece so it in turn can fund European banks with interest payments and in the process preserve some credibility in the Euro..."

Oh yes, then there's also the recent discovery that Greece had run out of ink to print tax forms with.   Hehe..  Yes, you read that right.   Bless the Greeks for conducting a little sabotage, and doing what their leaders should, but aren't doing-- protecting Greece's people.

So back to the lies..  all the European leaders are speaking them.  Promising action.. Promising a plan.. etc.  Anything to calm and soothe the markets.  And soulless sociopathic Investors, who nonetheless should still possess some brain matter in their pudding heads, gulp up the lies like flapjacks, and push the markets up by hundreds and hundreds of points.

Why?  Hope.  Or maybe its Assumption.  All will work out.. it always does.

Hopefully when this is all over, they will be wrong.  Nothing funner than someone with egg on their face in embarrassment and pee down their leg in Fear.
Posted by dsasR at 1:21 PM