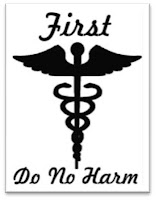 British psychiatrist and Big Pharma gadfly David Healy is so controversial amongst his colleagues that some have tried to have his medical license revoked — but there he was on Thursday, speaking at the American Psychiatric Association’s (APA) second largest annual meeting at a well-attended session on conflicts of interest.
“It’s a miracle that I was asked along to give a talk [here], and I’m extremely grateful,” Healy said.

His disquisition was perhaps less humble. Arguing that his profession is “committing professional suicide” by failing to address its dangerously close relationship with the pharmaceutical industry, he likened psychiatry’s attitude toward its faltering legitimacy to the Vatican’s widely derided response to its child-sex-abuse scandal by priests — essentially that psychiatry is brushing off justifiable concerns as hype instead of dealing with the source of the problem.

Few experts believe that psychiatry’s relationship with the drug industry is healthy. While several speakers at the session pointed out that other specialties are similarly entangled with industry, “everyone does it” is generally not a valid defense where conflicts of interest are concerned.

The conflicts throughout medicine — not just in psychiatry — are clear. In 2004 alone, pharmaceutical companies spent about $58 billion on marketing, 87% of which was aimed squarely at the roughly 800,000 Americans with the power to prescribe drugs. The money was spent mainly on free drug samples and sales visits to doctors’ offices; studies find that both free samples and sales calls increase prescribing of brand-name drugs and raise medical costs without improving care.

Moreover, nearly half of all continuing medical-education classes are sponsored by industry. By their third year of medical school, 94% of psychiatrists in training have already accepted a “small noneducational gift or lunch” from a drug company, according to Dr. Paul Appelbaum, a past president of the APA and director of Columbia University’s Division of Law, Ethics and Psychiatry, who spoke on the panel with Healy.

And while only 34% psychiatrists believe that receiving food or gifts affects their own prescribing patterns, 53% believe that it influences that of their colleagues, according to a study cited by Appelbaum. Research shows that this type of thinking — “Everyone else is prone to biases and social factors, but not me!” — is common and confounds attempts to address conflicts. “At least some of our colleagues are wrong,” Appelbaum said drily of the study.
Healy’s jeremiad was more severe and sharply worded, but it seemed to be well received by the psychiatrists assembled in the audience. Many even asked questions that suggested they too were troubled by the status quo.

“I’m going to argue that we need you to be biased. We want you to be biased by treatments that work,” Healy told his colleagues. “I don’t mind if you’re my doctor and you’ve given talks for industry. My concern is not that you’ve been paid by industry, but that you’ve been fooled by industry. The key conflict is whether people are hiding data from you.”

Healy went on to discuss how drug companies have repeatedly concealed important information about the risks of their medications, whether by hiring ghostwriters to spin the results of scientific studies and then getting renowned experts to put their names on the published papers; by employing tricks in clinical trials like using inadequate doses of comparison medications to make the company’s own drug look better; or by simply keeping unfavorable data out of the public domain.

Healy himself has also been targeted directly by drug companies that haven’t been happy with his critiques. In fact, he’s widely believed to have lost an academic job offer at the University of Toronto as a result of one such critical lecture. At the session on Thursday, one slide in his presentation contained information he sought via a Freedom of Information Act request detailing drugmaker Eli Lilly’s strategy for shutting Healy down. To counter his public insistence that drug companies reveal hidden drug data, Eli Lilly proposed doing things like planting confederates in the audience of his presentations to ask questions that support industry’s view.

Healy also described how in his own attempts to publish formerly hidden data — which all now reside in the public domain — he encountered legal issues with journals, which ultimately resulted in rejection of publication. The clinical-trial data in question in this case showed a greater risk of suicidal acts associated with antidepressants than had previously been revealed.

Healy also referenced hidden data from trials of the antipsychotic drug Zyprexa. “None of them mentioned [that the drug could cause] diabetes or [had] the highest suicide rate in clinical-trial history,” he said. Although drug companies are now required by medical journals to register all of their clinical trials with the National Institutes of Health if they wish to publish them — including those that never end up being published — this is not a legal requirement.

They can still hide relevant data from the Food and Drug Administration by not disclosing trials that they never attempt to submit to a journal.

Healy noted further that when data surfaced showing a link between antidepressant use and risk of suicide in children, the APA issued a statement proclaiming that “we believe that antidepressants save lives.”
“
What I believe they should have said is that the APA believes that psychiatrists can save lives because it takes expertise to manage the risks of risky pills,” he said; if psychiatrists’ only role were to dole out drugs, then less trained physician’s assistants could easily replace them, he noted.

(MORE: A Doctor’s Dilemma: When Crucial New-Drug Data Is Hidden)

But when a questioner, claiming himself “speechless” in the face of Healy’s arguments, asked whether he should just stop prescribing antidepressants, Healy said no. Healy prescribes them himself, but believes that the role of the doctor is to manage risks, not view drugs as harmless. “Medical treatment is poison, and the art of medicine is trying to find the right dose,” he said.

As for what could be done to disentangle medicine from industry, Healy wasn’t entirely pessimistic. “The key issue in the short term is access to data. We have to insist on that,” he said. “We let industry come to our meetings and let them talk in our programs. I don’t think it’s huge problem that they get paid. The big problem is that if you ask for data, they can’t give it to you. That’s not science, that’s marketing masquerading as science.”

But what of the issue of doctors being visited by paid-industry types — or being paid by industry themselves? The panel’s organizer, Dr. Daniel Carlat, director of the Pew Prescription Project, noted a new disclosure law, passed as part of President Obama’s health-reform bill in 2010. Under the legislation, drug companies must reveal which doctors have taken any payment or gift from them worth more than $10, and describe the exact amounts taken and the purpose for them on a publicly available website. (Unfortunately that website will not be up and running until 2014 at the earliest.) All of the panelists agreed, however, that while public disclosure is good, it is not enough.

Dr. Roy Perlis, who heads the Center for Experimental Drugs and Diagnostics at Massachusetts General Hospital, cited research showing that disclosure can actually backfire in unexpected ways. In one study, for example, people were asked to estimate the number of coins in a jar and provided an “adviser” to help them guess. Unbeknownst to them, the adviser had been paid to try to push people to make higher estimates than they otherwise might.

In one condition of the trial, participants were told in advance that the adviser had this bias, but that made matters worse. Under this circumstance, the adviser encouraged participants to make even higher estimates than in the situation without disclosure.

(MORE: How a Study of a Failed Antidepressant Shows That the Drugs Really Work)

“There are two different mechanisms” to explain the phenomenon, says Perlis. “One is strategic exaggeration: ‘I know you’re going to discount what I say, so I deliberately will be more effusive and tell you a higher number.’ The other is so-called moral licensing: ‘I’ve disclosed my conflict, therefore I’m allowed to be biased.’ This very thing may well also play out when disclosing conflicts of interest in medicine.”

Maran Woolston, a woman with multiple sclerosis, also spoke on the panel about how betrayed she felt when she learned her doctor had referred much of her care to a drug-company subsidiary, but had not revealed it to her — and had also taken $300,000 in funding from various drugmakers.

“In my opinion, transparency isn’t a silver bullet,” she said. “My ideal solution — and this may be naive — is that [doctors should] accept no payments whatsoever because then there can be no conflict of interest.”