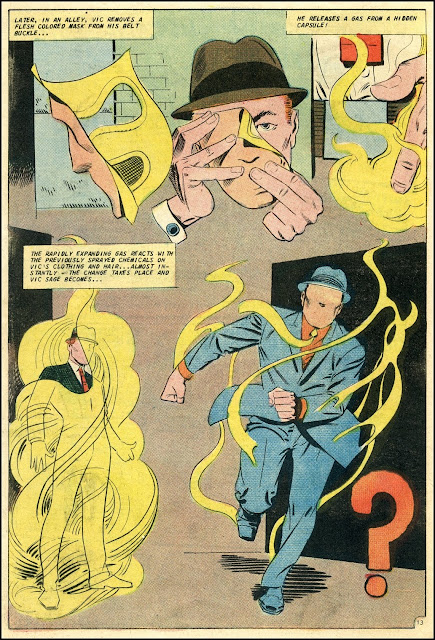 From Wiki:
The Question, created by writer-artist Steve Ditko, first appeared in Charlton Comics' Blue Beetle #1 (June 1967).
Based in Hub City, Vic Sage made his mark as a highly outspoken and aggressive investigative journalist. Not long after starting his TV appearances, he began to investigate Dr. Arby Twain.
Sage was approached by Aristotle Rodor, his former professor, currently a scientist. Rodor told Sage about an artificial skin he had co-developed with Dr. Twain, Pseudoderm. Pseudoderm was intended to work as an applied skin-like bandage with the help of a bonding gas, but it had an unforeseen toxicity, sometimes fatal when applied to open wounds.
Rodor and Twain agreed to abandon the project and parted ways, but Professor Rodor discovered that Dr. Twain had decided to proceed with an illegal sale of the invention to Third World nations, regardless of the risk to human health.
Sage resolved to stop him but had no way of going after Dr. Twain without exposing himself. Rodor suggested that Sage use a mask made of Pseudoderm to hide his famous features.
Armed with information, and now disguised, The Question catches Dr. Twain, stopping the transaction, and extracts a confession, leaving Twain bound in Pseudoderm.
Sage decided that this new identity would be useful for future investigations, and partnered with Professor Rodor, who supplied the Pseudoderm and eventually modified the bonding gas to change the color of Sage's hair and clothing.
﻿ 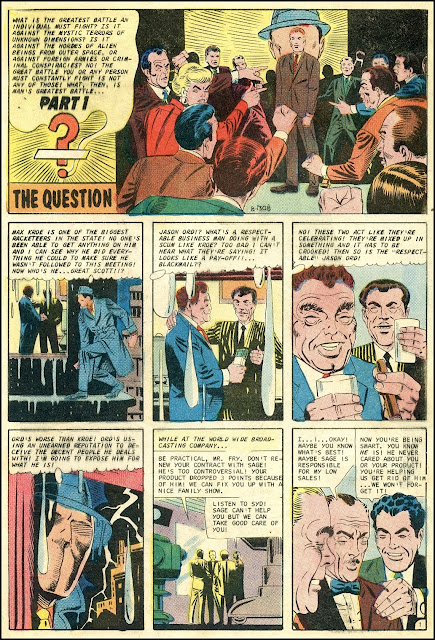 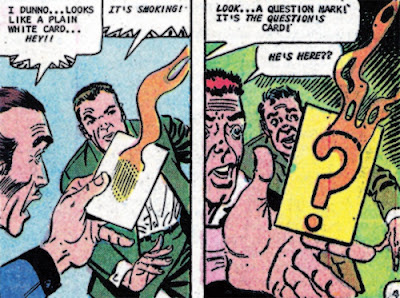