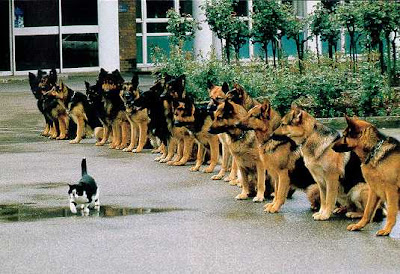 There's certain truisms in the world which when uttered, all one can do is simply accept and nod.  A famous example is the saying that 'The only certainties to life is death and taxes'.

When it comes to finance and the stock market, one could easily say the only certainties to that hamster on a wheel-type life are that you will be constantly lied to in the finance media and you will never be advised to 'sell'.

We could come up with literally thousands upon thousands of examples but that would be boring both to write and for you to read, so let's focus only on recent headlines from today. 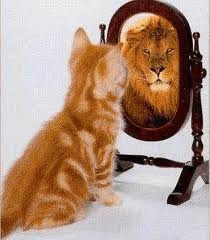 The Conference Board, an industry group, said its index of consumer attitudes rose to 73.7 up from an upwardly revised 73.1 the month before, its highest since February 2008. Economists had expected a reading of 73.0, according to a Reuters poll...

"Over the past few months, consumers have grown increasingly more upbeat about the current and expected state of the job market, and this turnaround in sentiment is helping to boost confidence," Lynn Franco, director of The Conference Board Consumer Research Center, said in a statement."

Let's put aside the Fact that anyone who feels confident in this economy to buy a car or take on a mortgage on a new home is a utter, complete idiot who probably deserves the financial struggles he/she will be getting themselves into..

What does all that Conference Board gobbletygook mean in reality? 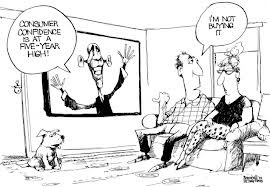 Let's start with the time line... the article states consumer confidence is higher now than more than 48 months ago i.e. November 2008.  That was weeks after all the shock and awe of the stock market crashing about with hundreds of millions of people not understanding how contrived, manipulated and Controlled it all was by the financial elite to get TARP in motion.

Wonder what consumer confidence was a year prior-- November 2007?

"A key barometer of consumer sentiment dropped for a fourth consecutive month, sending the index near its lowest level in two years.  Rising gasoline prices, falling home sales and unstable financial markets have weighed on consumers' spending, the Conference Board reported.  The New York-based Conference Board said Tuesday that its Consumer Confidence Index fell to 87.3" (CNN/Money  Nov 27. 2007)

Think about that...for all the hype and hoopla that confidence today is at 73.7, its still 13.6 points Lower than it was 5 years ago and that was after four consecutive months of dropping! 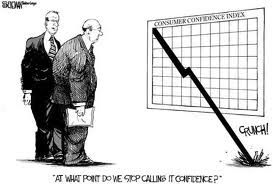 And what were the reasons... the rationales for the continued drop back then?   'Rising gasoline prices, falling home sales and unstable financial markets...'   Hmmm.. are any of those things fixed?  Gas prices in 2007 were around $2 a gallon.. now we pay on average about $4.  Home prices have not stabilized one bit and oh sure the markets have risen artificially since 2009 but stable?  No.

So nothing has changed, and people have NO right to feel any confidence in anything right now other than they've been continually 'conned' into thinking things have improved so that you and yours will feel good enough about things to spend frivolously like in the good ole' days. 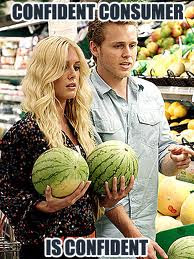 Out of curiosity, what was consumer confidence back in November, 2006?

When the number is over 100, it is supposed to be indicative of a vibrant, bustling economy where people feel good about consumption because they feel equally good about replenishing via employment, the money they spend...

And Reuters has the Audacity.. the Gall to treat 73.7 confidence as something to celebrate?  And millions upon millions who read that headline and don't do the research we did, don't have a clue as to perspective! 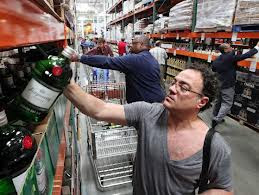 Home prices: Biggest rise in more than 2 years (CNN/Money) -- In another sign of a housing market rebound, home prices posted the biggest percentage gain in more than two years in the third quarter, according to the closely followed S&P/Case-Shiller index.

The 3.6% increase from a year earlier is more than three times the rise in the previous quarter and was the biggest jump in prices since the second quarter of 2010...

This latest rise comes as the housing market has shown numerous other signs of recovery in recent months. The rebound is spurred by a combination of record low mortgage rates, an improving jobs market and a drop in foreclosures to a five-year low, reducing the supply of distressed homes available..."

The lies in this article are so rampant, its enough to make one who truly understands what's going on utterly mad with fury as to how easily Duped and propagandized people are into believing 'good' news because they are so Desperate to hear some!

Of course housing will rise-- people need a place to live and with population always expanding, it can not contract forever, even in the worst of times...

But the question is, why home prices?  Simple really... its not that home values are stabilizing and naturally rising as a healthy housing market would.  Its rising due to Inflation and more specifically dollar devaluation. 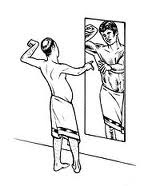 We've explained this concept 100 times and will briefly do so again.  That complete bastard, Fed Chair Ben Bernanke has purposely and intentionally lowered the value i.e. purchasing power of the US dollar by overprinting with the goals of both artificially inflating the stock market for Investors' benefit and so what we repay to our creditors is less in value than what we borrowed.

Now physical items like clothing, gasoline and homes.. they have value...

And to make this example very simple and easy to understand, let us say 1 US dollar equals the weight of 1 lb of coinage and it takes 1000lbs of coin to acquire a home.  Thus in this simple example, a home could be purchased for $1,000.

Now let's say the dollar has been devalued 10% so that instead of $1 equaling 1 lb of coinage, it now represents 90% of that original weight value...  Well the home still requires 1000 lbs to be sold to a buyer but because your dollar is worth less, now you need to come up with an additional $100 to make up that 10% difference... the home is now sold at $1,100. 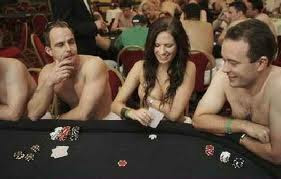 And That is what the financial media is 'celebrating' when writing that article-- celebrating that buyers are paying more than they should because the currency used to make the sale continues to weaken!

And when the media says 'housing', what does that mean really?  Yes it means 'homes' but it also means something else more generally-- dwellings for people to live in.  And that means the 'A' word which is Apartments... And that means the 'R' word, which is Renting.. and that indicates an economy where actual ownership is out of reach for many millions of people.

If you think of it in terms of the classic film "Its a Wonderful Life" and put aside the Christmas aspects a moment to focus on the actual plot, it means more and more rental property "Pottersvilles" are springing up because even with low interest rates, many people are forever deprived of the opportunity to own due to higher minimum down payments, higher closing costs, weak credit and/or increased wage scrutiny. 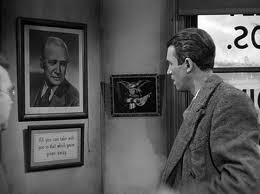 And there's few to none 'Bailey Building & Loan' businesses anymore to compete with the 'Too Big to Fail' banks that should have been allowed or Forced to crash in 2008.

Its just infuriating how deeply and consistently the media lies to paint a narrative that all is well.  If it was even remotely true, we wouldn't need to be in existence anymore.. But its not true.. not by a long shot.

And when you dear reader peruse your local newspaper or watch your local TV news as they talk on positive signs for the economy, be skeptical... very skeptical..  Nothing positive can happen until actual fiscal policy is put in place by the President and passed by Congress.

Everything else is a con game in the hopes that empty optimism can turn into a self-fulfilling prophesy
Posted by dsasR at 10:35 AM