In the News: A Carbon-Fiber Electrode For A Better Connection To The Brain 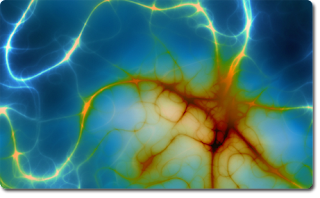 Connecting a human brain to a computer is as much a materials science problem as a biology one. What kind of interface is delicate enough not to damage nerve tissue, but resilient enough to last decades?

Researchers have come up with what they call a “stealthy neural interface” made from a single carbon fiber and coated with chemicals to make it resistant to proteins in the brain.

The new microthread electrode, designed to pick up signals from a single neuron as it fires, is only about seven micrometers in diameter. That is the thinnest yet developed, and about 100 times as thin as the conventional metal electrodes widely used to study animal brains.

“We wanted to see if we could radically change implant technology,” says Takashi Kozai, a researcher at the University of Pittsburgh and the first author on the paper, published today in the journal Nature Materials. “We want to see an electrode that lasts 70 years.”

Researchers need long-lasting electrodes in order to improve brain-machine interfaces. These systems, in preliminary studies, have allowed paralyzed people to control robotic limbs or a computer mouse. By using electrodes to record the firing of individual brain cells, scientists have learned to decode these signals as representing the movement of a rat’s whiskers or a quadriplegic’s effort to move his arms (see “Monkey Thinks Robot into Action”).

“This was a nice demonstration that these fibers could be insulated [and] coated with an effective recording surface,” says Andrew Schwartz, another brain-machine interface researcher at the University of Pittsburgh who was not involved with the work. He cautions, however, that it could be difficult to insert such fine, flexible electrodes into brain tissue, and to secure them. Schwartz notes that recordings broke down in many of the animals studied.

Schwartz says it’s widely believed small fibers are “a good thing, because they seem to be ‘ignored’ by the brain.” Conventional electrodes stop recording after a couple of years as scar tissue builds around them. To improve the electrode’s performance, the researchers also coated its tip with a polymer that helps it pick up an electrical signal.

In experiments being carried out with human volunteers, Schwartz has used a 15-year-old technology called the Utah Array, a rigid array of around 100 metal electrodes that is about the size of the “Q” on a computer keyboard (see “New Brain Machine Interfaces”).

The latest work, done in the University of Michigan’s Neural Engineering lab, was led by Daryl Kipke, a researcher who is also CEO of a company, NeuroNexus, that sells neural recording equipment. Kipke said a patent application had been filed on the work. 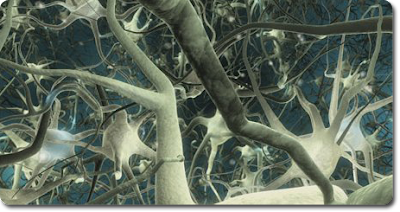