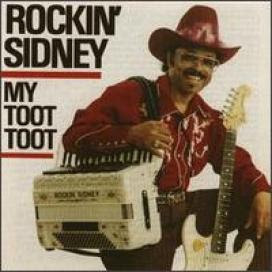 Sidney Simien aka Rockin' Sidney and Count Rockin' Sidney, (1938-1998) was born in Lebeau, St. Landry Parish, Louisiana. He played R&B, zydeco, and soul music. Sidney began recording in the late 1950s and continued performing until his death. His credits included "No Good Woman", "You Ain't Nothing But Fine", "Tell Me", and his biggest hit, "My Toot Toot", which became a worldwide hit. This live TV recording was recorded in 1985.