What's another $1.2 Trillion among friends... 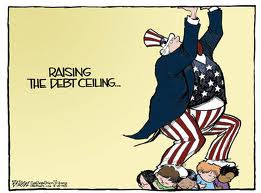 Once upon a time, many many weeks ago, there was this big battle in Washington between elephants and donkeys over extending the debt limit to $15.14 Trillion dollars. This was supposed to carry the nation's obligations to after the 2012 election.   And after lots of back and forth posturing, and much brouhaha, it was predictably passed because no one had the courage to say 'Stop the Madness' and actually Mean it...
And to prevent any public frictions that might affect any individual or political party's ability to win an election, the agreement was that the cap on the debt would automatically by raised until 2013 whenever the President requested it officially unless Congress voted to block the debt-ceiling extension.  Lawmakers would have 15 days within receiving the request to vote, which was and is largely symbolic because the president can veto it and Congress would be unlikely to muster the two-thirds majority to override it.
And along the way, that extra money went to pay interest on its debts to China, provide aid to post-Mubarak Egypt and the Libyan rebels during its needless military enterprise to assassinate Ghadafi. It also went to Europe, specifically its banks, cleverly diverted through the US run International Monetary Fund.  Why those adorably sweet, naive American people really got little to no direct benefit and yet hardly complained a peep. 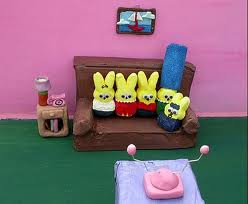 And now this...
Obama to ask for debt limit hike: Treasury official (Reuters) -- "President Barack Obama  is expected to ask for authority to increase the borrowing limit by $1.2 trillion, part of the spending authority that was negotiated between Congress and the White House this summer.  The (original) deal called for raising the debt ceiling by $2.1 trillion to serve the nation's borrowing needs into 2013 and also included mandatory cuts to the federal budget deficit. Since then, the extension has been increased twice by a total of $900 billion.
The debt limit currently stands at $15.194 trillion and would increase to $16.394 trillion with the request."
$16.394 Trillion...
Well, maybe some of this additional $1.2 Trillion will go to actually help Americans, and not just in sneaky ways that hurt far worse in future like the social security draining payroll tax break.
Kinda doubt it..

P.S.   Oops--forgot this part.   US GDP was just revised down to $15.176 trillion.   So that means if every single penny of GDP was diverted to pay the US debt and nothing else after the debt hike occurs, we'd still owe a little more than $1.2 Trillion..

Heyy.. isn't that the figure the President is requesting?.. 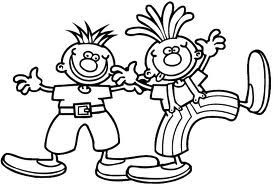