AP reported, "The Standard & Poor's 500 index closed 2011 a fraction of a point below where it started the year." meaning all the ups and downs, rosy forecasts and talk of green shoots, soft patch, rough patch, dips, blips, bleeps and bloops, and ultimately everything ended as it began...  yay~

Of course that never stops experts from trumpeting stocks to watch for 2012- that's always been the name of the game- 'Buy' when market is surging, 'Buy' when its plunging, and 'Buy' all days in-between.

We've no idea what 2012 will bring but we believe it will be bad,  though not Doom & Destruction 'bad'.  We're no 'doom & gloom' site and do not look at 2012 as the boogeyman year others have painted it to be.  There will be difficulties and troubles but we do not accept the notion of Apocalypse, anarchy or anything along those lines.

We have taken no pleasure in providing information this year that was troubling or unsettling.   Its just that 2011 could easily be called 'The year of continual Denial' and that word is just an anathema to us;  we loathe the denial state because it is so utterly unproductive and stagnant to the mind and soul. 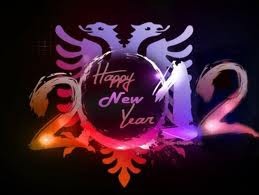 We believe 2012 will be the year of the 'Wake-Up'-- the year people generally realize there's no government 'cavalry' coming to the rescue to fix things immediately.  It will be a year where more everyday people finally begin publicly demanding more of their elected officials and stop believing the pollyanna spin pushed in TV and print news;  clever catchphrases just won't cut it in 2012.

We'll continue to be here in 2012- through all the many ups and downs (and yes there will be 'Ups'- life works like that)  When there's something genuinely good to report, we will happily do so.  And if things get really bad, we will be here to boost spirits with constructive and productive ways of getting through it all.

Just remember, that while after all the Intense build-up leading to Christmas as THE day, that there was a Dec 26th, then a 27th.   Do not look at 2012 as a Doomsday date..  Do not believe the Mayan prophesy bullshit or any other fearmongerers...  2012 is just a sequence of days.. a continuation of life; a journey that whether it be personal, national or global, is one of ups and downs.

See everyone on Monday or Tues. depending on whether anything worthwhile occurred this 3 day weekend to write about~ 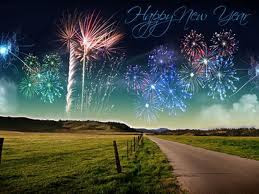