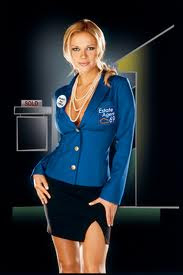 Thought we'd move away from talk about stocks, investors and Europe to address something more important that affects millions upon millions of Americans-- rapidly falling home prices.   Don't know if you missed the news headline yesterday but it seems Wall St corporations aren't the only ones who 'cook the books', as the expression goes.

The National Association of Realtors (NAR) does too...   "If you thought the U.S. housing market couldn't get much worse, think again.  Far fewer homes have been sold over the past five years than previously estimated, the National Association of Realtors said Tuesday.  NAR said it plans to downwardly revise sales of previously-owned homes going back to 2007 during the release of its next existing home sales report on Dec. 21... " (AP)


Now of course NAR chief economist and professional Liar, Lawrence Yun rationalizes away this discrepancy and the article's writer is nice enough to devote endless paragraphs for Yun to double-talk..  We won't bore readers with the particulars.  Just understand the deception was not accidental. 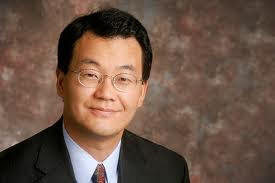 
We at A&G have been at war with NAR since our inception because of the way it constantly distorts its statistical data as to the overall health of real estate  to convey an inaccurate picture of a booming housing market, or 'great deals to be found' when the data shows a slowdown in buying activity.


What does the Chief Economist of Nat'l. Assoc of Realtors do?

I could answer that question with a very lengthy response involving really big and complex words and phraseology to convey a position of great importance but then I would be a Liar.

And that's the main function of that position- to Lie.

Not to lie about the statistical findings.. just to always convey false optimism that the housing market is Just turning the corner any moment.. to Lie so that Realtors will have business.

The current chief economist  for the National Association of Realtors is Lawrence Yun.  He is the one responsible for collecting the housing data, then presenting false positive spin to news media outlets like AP, which then get picked up in thousands of daily newspapers and local TV stations. 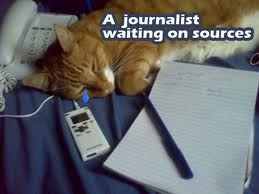 Yun's current lie, posted in the news today 12/30/10, was,"Deals are being driven by reduced prices and low interest rates that have created a historically high level of home affordability... Further gains in sales are still needed for the market to reach normal levels of sales activity, but the uptick is encouraging"

This was in response to a report that home sales contracts went up in November.  Interestingly, only 24 hours prior, the major news story regarding homes was the beginning of the double-dip in housing based on Case-Schiller figures as home prices continue to drop.

Yun's predecessor was David Lereah. named in Time magazine in 2009 as one of  "25 People to Blame for the Financial Crisis".

From the Time article-  "When the chief economist at the National Association of Realtors, an industry trade group, tells you the housing market is going to keep on chugging forever, you listen with a grain of salt. But Lereah, who held the position through early 2007, did more than issue rosy forecasts. He regularly trumpeted the infallibility of housing as an investment in interviews, on TV and in his 2005 book, Are You Missing the Real Estate Boom?. Lereah says he grew concerned about the direction of the market in 2006, but consider his January 2007 statement: "It appears we have established a bottom." " 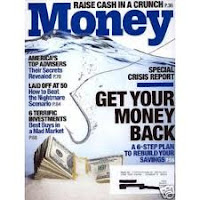 "Q: Were you wrong to be so bullish?

A: I worked for an association promoting housing, and it was my job to represent their interests. If you look at my actual forecasts, the numbers were right inline with most forecasts. The difference was that I put a positive spin on it.  It was easy to do during boom times, harder when times weren’t good. I never thought the whole national real estate market would burst.

A: I would not have done anything different. But I was a public spokesman writing about housing having a good future. I was wrong. I have to take responsibility for that.  "

A follow up interview with the Wall St Journal from Jan, 2009:

"Mr. Lereah, who says he left NAR voluntarily, says he was pressured by executives to issue optimistic forecasts -- then was left to shoulder the blame when things went sour. "I was there for seven years doing everything they wanted me to,""

While Mr Lereah is no longer working for the NAR, his replacement, Mr Yun is doing the Exact Same Thing- Lying...  Conveying a  rosy, false positive outlook about the state of the housing and real estate market which an incredibly Lazy media takes at face value without the slightest bit of investigation into its validity.
______________________