More media lies & Understanding where we are- truly 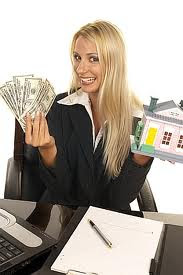 If there's one type of finance/economics related news article I despise reading in this current recession-depression more than any other, its any article related to real estate.  The reasons are simple: 1) With almost 100% certainty the article is nothing more than propaganda to seek to instill false confidence in the market and 2) The constantly lying, biased, agenda driven National Association of Realtors (NAR) is Always quoted, and quite often the only source the writer of such stories goes to.


OK, that's how the article begins.. very happy.. all is well.. no need to keep reading further.  The news headline skimmers get to have a nice smile.  Now what was the statistical basis for all this hopefulness?


"The National Association of Realtors said on Wednesday that sales of previously owned homes increased 4 percent from October to an annual rate of 4.42 million units.  At November's sales pace, the 2.58 million unsold homes on the market represented a 7.0 month's supply, the lowest since February 2007 and a sign a backlog of inventory that has been weighing on the market was slowly clearing."


Ah.. The NAR.. that same group that admitted last week it fudged its figures for the past five years resulting in inaccuracies as to how it kept track of sales figures.  "(NAR)  had overstated home sales from 2007 to 2010 by 14.3 percent"


The article goes on to give reasons to justify the statistical blunders as if they were accidental.  Don't want to anger your only source of quotes for real estate news, you know.


So the gist from the article is finally.. Finally the corner is being turned.. 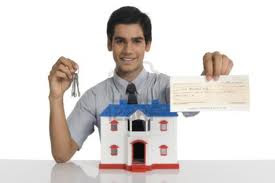 Uh-huh.. OK, so what does CNN/Money write?


Foreclosure Sales Still Pummeling Home Prices -- "Nearly five years into the crisis, foreclosures are still weighing heavily on home prices.  A whopping 46% of homes sold in November were either short sales or REOs -- as homes repossessed by lenders are called, according to a survey by Campbell/Inside Mortgage Finance. "


Gee, that doesn't sound good..  Hmm, maybe... just maybe that is why home sales surged in November?   And since the survey wasn't done by NAR, maybe its actually.. um.. believable?


"There is no shortage of distressed properties: More than 6 million borrowers are delinquent 30 or more days, according to LPS Applied Analytics. Two million are already in the foreclosure process, and most of these homes will be repossessed or sold as short sales.  "The huge glut of distressed properties coming to market is why there will be no home price rebound this coming year and maybe into 2013," said Guy Cecala of Inside Mortgage Finance, a publisher of mortgage information and news."


Wait a minute.. Reuters said there's 'hints' of recovery.  NAR indicated it.  And yet 2013 is over 12 months away and even then, prices still may not begin to rebound. 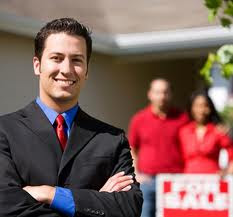 
Alright, I'm going to try my very best to explain as simply and clearly as possible what is going on the last few years to the American people.  Officially a recession began in December 2007.  As a nation, we really weren't aware of it till October 2008 thanks to the market crash.  December 2011, and its year four.  A recession of 36 or more months is officially a Depression.  That is what we are all in.


While time has passed, rather than those in power enacting laws to make our lives better, or at least to arrest and charge those who caused this mess, we're given words-- lots of pretty words.   Words like recovery, hope, green shoots, soft patch, blips, dips, dings and 1000 cutesy-cute terms to make most people blissfully unaware of how bad things are and how solutions are not coming soon.


Now we talk often here about how trillions of dollars have been spent to prop up the banks and Wall St.   Why?  Here's the deal-  the leaders sincerely Do want the economy to improve and things to get back to normal But ONLY by returning to the original system and set of rules which caused the problems we're dealing with now.


In other words, the government and Fed's strategy is to improve the economy by getting you and I to spend money we really don't have  i.e.  get into further debt, so that companies will see a returning consumer base and thus, start rehiring again (though at lower salaries).  This is what you do in typical recessions... of course this isn't "typical" but, you know.. 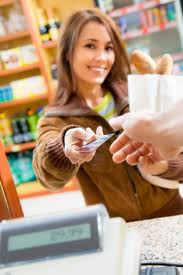 Now,  notice since the recession began, there never was any talk out of Washington about personal debt forgiveness?  I mean None.   It would have cost just under $3 Trillion to cover the entirely of American personal debt.  That $3 Trillion would have ultimately gone to the banks holding the debt and everyone would have had a clean slate.  This would have meant instant stabilization of housing because why would one foreclose on a property if the remaining underwater mortgage debt was gone.  Also, no need for personal bankruptcy.  Over 1.5 million Americans were forced to file in 2010 alone.  No need to file if you don't owe anything.  And it would have essentially meant hundreds of millions of 'New' customers free to buy homes, cars and anything else wanted or needed.  We keep being told the US economy is 70% driven by consumption so isn't that what we all want... consumers?


It's all a business ultimately.  Government has no motivation to help you keep your home or your possessions.  Its only motivation is as long as you have a workable FICO score, to keep borrowing, and stimulate the economy.  And if you and I end up foreclosing on our homes or going bankrupt?  Oh, that's totally fine- the legal mechanisms in place help stimulate the economy as well- legal fees, sheriff's notices, auto repo, auctions, etc.


So here we are-- Christmas 2011, and we're in a bad fix as a nation.  And we have really terrible leaders- both currently in office and those seeking to become the next head of state.    And we have two parties that are owned by the same interests yet fight over Everything and nothing.


But on the positive, people are waking up-- slowly.  They are realizing that as individuals and as a nation, real solutions are needed to make life better and get things back on track.

And the corporate media is going to have to work harder than ever before in 2012 to pull the wool over your eyes... 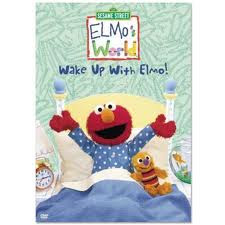