US (I mean IMF ~wink) bailing out the Greeks 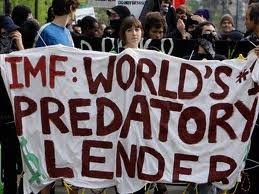 Most people don't know or care anything about Greece's financial situation.
"Ehh.. that's Their problem!.."  etc...
Well is it?
It starts with an innocent news blurb with no real context provided:  "The International Monetary Fund on Monday agreed to release a 2.2 billion euro aid disbursement to Greece" (AP)
OK.. that's nice..so what is IMF?
Well if you read this posting you know what the IMF is- an international financial arm of the US to lend i.e. loan shark to nations in desperate need, who in all likelihood can not pay it back.   Well, OK the US doesn't provide 100% of the funds-- only 17.7%   But to give perspective,  Japan contributes the 2nd largest percentage of any nation-- 6.57%.   France and Britain each pays 4.5% into the IMF, and China- 4%.

And for further perspective, Ireland pays 0.53%, Greece- 0.46% and Australia pays 1.46% into the IMF fund.  Of course America's 17.7% buys them an 85%supermajority vote over the rest of the world so I guess membership has its perks, right?
Now what was that figure again?  Oh yes-- 2.2 billion euro.
But what is that in US dollars? -- $2.95 billion
And what is 17.7%?
Oh, just $522.15 million US taxpayer dollars... to be dumped into a gigantic economic black hole called Greece; a nation with politicians too corrupt, cowardly or combination to Default!  And remember there's Italy and Spain and Ireland and Portugal, and goodness knows who else...
And the system is purposely set up so the American people can do absolutely nothing to prevent or deter this from occurring...
Its enough to drive one to drink... 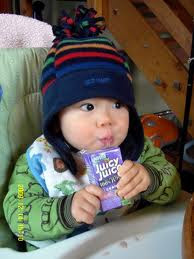