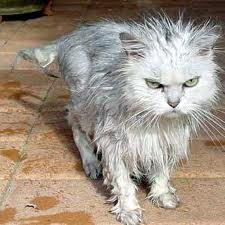 I have many pet peeves and they vary from those pretty much everyone agrees with, like people who purchase 20 items in a '10 item or less' line, to important issues like rising costs of living, to irrelevant, trivial things like how TV soap operas constantly break up and re-unite characters just to then re-break them up soon after.  (If you ever watched a soap, you're nodding in agreement on that)

Now when it comes to coverage of finance and the economy, I have quite many peeves but I'll just delve into one that repeats quite often in corporate mainstream news-- a 'positive' or 'optimistic' story that really is anything but...  Something just irritates me beyond words when I read them.

Let's take some time to really delve into one of these puff pieces:

US job market ends year in better shape -- (AP)  "The long-suffering job market is ending the year better off than it began.  The number of people applying for unemployment benefits each week has dropped by 10 percent since January. The unemployment rate, 8.6 percent in November, is at its lowest level in nearly three years."


OK, let's stop there a moment.   The writer makes his claim so matter-of-factly yet consciously chooses for the most part to avoid delve into why the statistics are what they are.   First, notice its not New people applying for unemployment that went down, but rather overall applications.  Whats' the difference?  Well once you reach 99 weeks of benefits you can't apply anymore.. that's it-- Done.  And This is year 4 of the recession-depression so there's a whole lot of people who still need benefits to survive yet legally prevented from applying again.  Secondly, the 8.6% unemployment is a total joke.   When people stop looking for work because they've given up hope of finding employment, they're taken off the statistical classification of what 'unemployed' is.  Thus the number magically goes down. 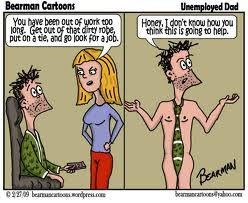 Its funny- the article actually mentions this truth--  in paragraph 12., "In November, the unemployment rate fell to 8.6 percent from 9 percent to its lowest level since March 2009. About half that decline was attributed to the 315,000 people who gave up looking for work. When people stop looking for a job, the government no longer counts them as unemployed."


And yet Mr Know-Nothing AP writer, you had the audacity to treat 8.6% as a positive stat and reason to say the US is in 'better shape'   Grrr...


Let's continue with this fluff article...


"Factory output is rising, business owners say they're more optimistic about hiring and consumer confidence has jumped to its highest level since April. Even the beleaguered housing market is looking slightly better."


Is it?   Just 14 days ago AP had this headline:  "US Factory Output Declined Sharply in November"   Guess that writer didn't bother to tell his colleague who said its rising.    Consumer confidence did go up to 64.5 but its important to understand the context-- '100' means consumers believe the economy is on good footing, it has been under 100 for over 4 years now, and the Consumer Confidence Board bases its monthly findings on a sample of 5,000 people.  Remember, the population of the US is now around 310 million.  And finally, what is housing optimism built around?  The building of rentals.  Do these rentals have tenants lined up?  No, not really but they're being built anyways. 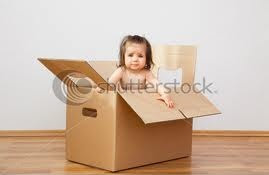 ~ My how they are building more dwellings all the time!


"The economy likely grew at an annual rate of 3 percent or more in the final three months of this year, analysts say. That would top the 1.8 percent growth rate in the July-September quarter, and the 0.9 percent growth rate in the first half of the year.  Employers have added an average of 143,000 net jobs a month from September through November. That's almost double the pace for the previous three months. Although it's below the pace from the first quarter of 2011... The Associated Press surveyed 36 economists this month who said they expect the economy to generate an average of about 175,000 jobs per month in 2012. "


Where to begin?  Every time the government announces figures on GDP, it always ends up adjusted weeks later.  For instance, this is Reuters' headline from today:  "U.S. GDP Third Quarter 2011: U.S. Economy Grew Less Than Estimated Last Quarter"  So forgive me if I don't blindly accept 3% growth in 4th Q.  Also, this punce who wrote the AP article I am forced to eviscerate, treats 143k jobs created as a great thing.  It takes a minimum monthly creation of 225k new jobs to keep up with rise in population.  We're creating a little more than half that and media trumpeting as success.  Even the writer admits that's still below the jobs created betw. January-March of 2011. 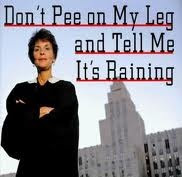 The question I always try to ask myself is -Why are shit articles like this written?  Does the writer really want to lie like that or is it a moronic editor of a paper or news gathering agency who demands something positive?  Or maybe its readers themselves who on the whole Refuse to accept the reality of things, and articles like this are welcome comfort.


I can't answer for others..  Personally I can't stand fluff.


There's a somewhat popular though not too "classy" saying-  "Don't pee on my leg and tell me it is raining".


Perhaps for many people out there, they would prefer it.
Posted by dsasR at 4:36 PM