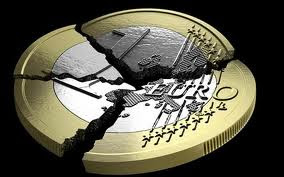 Well the stock market euphoria over the Euro Summit ended rather quickly didn't it...

But like we said before, its just roaches being roaches; ultimately no complex reasoning or analytical abilities needed to understand them- where there's food and filth-- and profit to make or take, the insects will come.

And since the ECB is not going to guarantee larger bond-buying i.e flooding the continent with cheap Euros this moment, there's little for investors to get excited about.

The biggest and really only event to come out of last Friday's supposed 'do or die' meeting of Europe's leaders is they successfully found their scapegoat for when their currency crashes..  the British.  Then again, historically Europe has done that quite well.. It led to some awful wars and barbaric atrocities.

Now I do not expect to see Britons one day transported via chunnel into continental Europe to meet horrific ends under the guise of taking a shower, but in a way, that's how scapegoating any group or nationality of people starts.  And it never ends pretty. 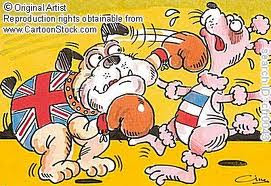 Twenty years ago, most of the EU was going to merge together under an economic union of one currency without understanding or addressing that it can not ever be successful without political unity as well. This would have required all those nations back in 1991 willing or wanting the euro, to concede certain political powers and liberties to a centralized main body.

It is specifically this merging and centralizing of economic and political power as the #1 reason the United States has been able to exist and strengthen overall throughout a  235 year period.  Of course it is easier to merge together a group of former colonies than nations with long histories of political and legal sovereignty, but that's the point--

Those in the EU 20 years ago were too short-sighted or naive to think a period of bustling economic activity in the 1990s would continue endlessly and they'd never have to deal with inner controversy or turmoil where one or more nations carried such large debt loads that it could bring problems to the currency on the whole.

There never were adequate remedies or scenarios for contagion.

This was the fault of the Eurozone, not Britain.

And when poorer nations like Greece were seeking admittance, nations that import Far more than they Export, a better job of checking the books should have been undertaken by EU's accountants.  Yes, Greece used Goldman Sachs to cook the books by temporarily hiding all the debts Greece was holding via credit default swaps so when it applied for entrance, it looked as if its budget and debt load were at manageable levels. 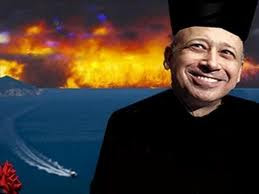 But it was also the responsibility of the Eurozone to look at Greece's economy historically, make logical and reasonable estimations as to how the debt suddenly disappeared, and not rushed to expand its currency's reach.

In other words, it was more important for EU to expand, then to do due diligence.

That is their fault- not Britain.

We want to conclude this posting by moving away from Europe now because scapegoating is a time-honored tradition in America as well.  When policy isn't passed or there's delays or this or that, its always those damn Republicans...  or those damn Democrats...  "They" don't care about people.. "They" don't want people working..  "They" aren't serious about fixing the economy...  on and on..

And its a stale, tiring argument.

Both parties Care..  its just both parties are 100% Owned by Wall Street so they will Never EVER make your lives truly better over the needs of the top 1% unless collectively bullied or scared into it by the masses.  And in this isolationist technology world of pc's and texting devices, its near impossible for people to congregate or unite on anything unless its Facebook or Twitter led.

Here's the hard truth: the problems that Americans are dealing with are ultimately the fault of Americans themselves. 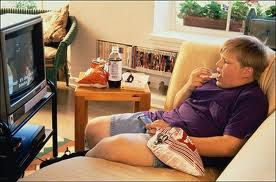 For example, we complain how corrupt politics is and how out of touch our leaders are in the White House and Congress, yet we always re-elect them.  Think about that-- Congress overall has an approval rating of 8% and YET... Over 90% of those who run for the House and Senate get re-elected.  Why?  "Oh, Congress is corrupt but not MY representative..."

Of course- only Your elected officials are free from Wall St payoffs...

And as for President, the last time we had a one-termer was the Election of 1992.  Obama's running again and as Horrible.. and I do mean Horrible a President as he's been, somehow this disgusting group of Republican candidate nominees make the President the more appealing candidate in 2012.

We as Americans are also to blame because we have too much of an admiration & respect for wealth, the financial "success of others and corporations.   We don't value what academics say-- in fact,  we as a nation don't value or put any respect upon academia or academics/education that isn't related to finding employment.

But yet Warren Buffett speaks and people listen. Think those billions of dollars have anything to do with it?  And Donald Trump may be mocked and ridiculed publicly, but privately people still buy his books, watch his TV show and listen to anything he says..   Why?  Because if you're filthy rich, you must be smart, right?

And oh what would we do without corporations?  They Must continue to grow and grow. And it is completely alright when they fire thousands of people in one mass layoff.  In a bad economy we call it "downsizing" and when done in a strong economy, we Americans rationalize it as "restructuring"...   Totally fine business practice yes... 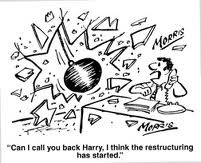 And we accept the lie that the best indicator of the state of the US economy is how strong the stock market is.  Doesn't matter how poor we all are, if the market goes up along with corporate profits, then we can thump our chests in pride and say 'We're #1!' as we purchase all our food and other Essentials on credit cards and layaway in the hopes that maybe.. just maybe.. next month will get a little better.

We are taught.. rather indoctrinated into the notion that individual initiative and free spirit carries the day.  Can't make ends meet with one job?  Get a second.  Can't make it on two?  Get a third.. and a fourth..  Others living high on the hog as you count pennies?  Why, good for them! Make them role models..  And on and on..   And while this works on a more level playing field in a more opportunistic economic climate, it does not hold water in today's economy.

All those jobs that the common person can simply 'find'?  Oh, they're mostly shipped abroad.  And that labor pool you're competing with for the jobs that are left?  Oh, its dramatically expanded because its not like you were the only one needing 2 to 3 jobs to make it.  And what does that do to salaries?   Why, it further erodes them-- why should I, the employer, pay you $15/hr if I can get someone more desperate and hungry to accept $12/hr?  Or $11??

It is our fault;  it is Americans fault because we just Refuse to make a loud "Squeak!!!" and get the "grease" we deserve".  Banks and other 'too bigs' don't have this mental hangup.  They "Squeak!!" loud and often, and get plenty of financial "grease";  they get it often in fact.   Americans-- why we just yell at football referees and maybe our spouses and children for good measure.  Then we go to bed and go to work... if there's 'work' to go to. 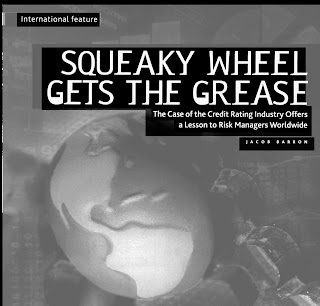 Gotta look at yourself-  Ask why do you tolerate all that you do?  Ask what can you do as an individual and collectively to change things?  Perhaps stop looking up to and admiring soulless psychopaths and sociopaths simply because they're wealthy or have a title before their name.  Perhaps stop being so lock-step with a political party, and start to vote based on the candidate.. or even don't vote at all if no one represents you.  At least you save yourself the election night guilt of voting for a horrible person just because you had to vote for someone.

You need to start getting angry... Not just passively so..  But Really Really Angry at your elected leaders.  At the banks.. corporations.. the Federal Reserve.. all the institutions that are supposed to protect and safeguard you but instead are directly contributing to this lost generation.   Begin treating your money as something Precious and Valuable.  Cut back or or stop buying shit you really don't need simply because its "cool" or seen it on TV.

Don't help this faux 'economy' until the Real economy helps you.
Posted by dsasR at 2:51 PM