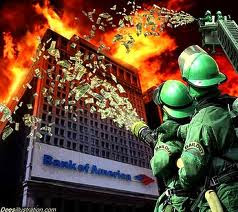 Well its the end of the week.. Dow dropped 2 pts and everyone on Wall St is all bummed out that there's no December "Santa Rally" which is a sweet, cutesy way of saying cockroach investors traders are  deeply pissed off that there weren't large pre-Christmas profits to siphon.  Aww, don't worry guys and gals-- still 1 full week left-- just put those extra thick blinders on like horseys wear, to the problems in Europe.

Now among the seven was Bank of America which it dropped down one notch on its long term ratings.

"Jerry Dubrowski, a spokesman for Bank of America, which has had ratings cut by all three agencies, said in an email, "This decision is driven more by concerns about the global economy than the specific credit quality of Bank of America. We continue to maintain strong liquidity levels and to build capital."

"A statement from Fitch said that Bank of America "will continue to lag major U.S. peers in capital strength while at the same time carrying higher-than-average overall risks," particularly in mortgage-related legal claims." (Charlotte Observer)

In other words, the paid non-sexual 'whore' for Bank of America tries to spin a positive yarn that the decision to drop their credit rating had little to nothing to do with them, and more to do with the global economy on the whole, and they're capital reserves are good.   And Fitch basically says, 'Um, no- You specifically are a higher than normal risk and lag behind others in acquiring capital"

When you compare the two statements, it kinda makes one laugh at how Pathetic it is to be a spokesperson for anything, much less a zombie bank...  which is a good way to end a business week I think..  with a warm smile... 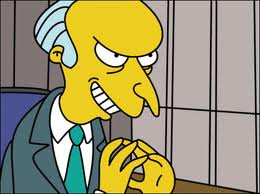