When Investors smile, you shouldn't 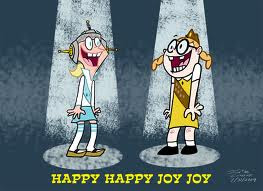 Big Big news which made all the soulless Investors so Happy today and cause a 400+ pt market spike:


Stocks Soar After Central Banks Act Globally (AP) -- "Stocks surged on Wednesday as major central banks around the world acted jointly to add liquidity to the global financial system, sparking a rally in risk assets such as equities and commodities"

OK.. let's stop one second to analyze- what does that sentence really say & mean?  It means the major central bank of the US (The Fed which is providing the VAST majority of the funds), Canada (eh~ .. a small amount), Switzerland (an even smaller amount) and Japan (a completely bankrupt nation right now) are taking precious money which should be used on their own populaces since its taxpayer money that is being used, and giving away, um, I mean "lending" to Europe.

And what is this movement doing?  Why its sparking a rally.. yay! --  in Risk assets like commodities causing them to go up n' up.  And what are commodities again?  Oh they're things like oil, corn, wheat, cotton, electricity..  you know- all the non-essentials no one on earth needs to live and survive. Thank goodness the rise in commodity prices don't translate to what we pay in utilities or at the grocery, right?  Whew~ 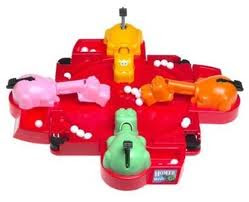 Look how happy those Investors are eating those marbles.. 'nom' 'nom'..

What does Presidential candidate Ron Paul, the only relatively sane person running in the Republican primaries, think about what happened today?

"Rather than calming markets, these arrangements should indicate just how frightened governments around the world are about the European financial crisis.  Central banks are grasping at straws, hoping that flooding the world with money created out of thin air will somehow resolve a crisis caused by uncontrolled government spending and irresponsible debt issuance.  Congress should not permit this type of open-ended commitment on the part of the Fed, a commitment which could easily run into the trillions of dollars.  These dollar swaps are purely inflationary and will harm American consumers as much as any form of quantitative easing."

You and I are alive now this very moment, to witness and experience first-hand the Ultimate con job played upon humanity by the banking and financial systems of globe.  One that will ultimately destroy hundreds of years of social and economic progress when it all comes crashing, and forcing billions of people worldwide to be in a state of ultimate shock and reversion to base primal survival instincts.

The thing is, most really aren't aware or don't care.  .

Certainly you care or you wouldn't read this blog or other like-minded sites.  But the vast majority of people here and around the globe truly do not have any concern.  They know bad things are occurring, their lives getting more difficult and financial struggles increasing, but they have no clue why, and no curiosity or interest to investigate the 'who' or 'what' is destroying their lives. 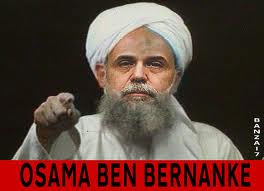 I've had this discussion with a few people in my inner circle on this lately- how few people really know who is responsible most for the mess we're in.  They think its Bush or Obama because they're easy, public targets who open themselves to scorn because both, like all other politicians are nothing more than vote panderers.

The real criminals who've wrecked the US economy are men like Alan Greenspan and Ben Bernanke, and yet ask yourself, do most Americans have the slightest clue who these people are??  On Saturday Night Live, Letterman, Leno, etc.. have you ever heard either man truly attacked or skewed??  No.  Instead of explaining to the public who these evil men are and eviscerating them, instead, the late night jesters save their daggers for sex scandals and Kardashian fodder.

And the masses become increasingly dumber and easier to rule over...

Just as the system wishes it
Posted by dsasR at 12:01 PM