Mindset of Investors & Origins of their Admiration 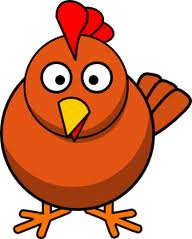 ~ Bu..Bu..Bu.Bu.. Buy!!
We hate the stock market..  Used to like it.. used to represent the health and economic vitality of the nation.
Now it doesn't-- the last 3 years, we simply hate it.
Case in point, let's look at the last 21 hours:  Yesterday all the Investors and other filth were SO upset that the democratic nation of Greece may actually instill a little democracy into this rigged shell game of how to keep Greece breathing while Europe's banks can establish contagion and minimize the effects of eventual Greek default.
People were so angered at the prospect of a public referendum on whether Greece should accept the EU deal, that intentional false rumors were spread by the end of the trading day that their Prime Minister, Papandreaou had rescinded his pledge of a public vote. Once it was clear that ruse to get investors back into the market was a lie, the Dow finished dropping over 200pts to close at 11,657.
Today, as of 12:35p there's been no official change in policy.. the referendum vote is still going to happen sometime in January and yet the market is up165pts at 11,823.
What does a sensible, reasonable person take from this?   That Greece and the future of the economy of Europe is not a concern anymore?  That Investors have hope and faith all will work out happy in the end, like a Disney film? 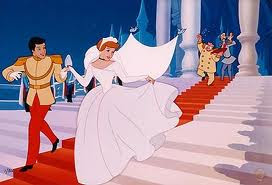 Or maybe.. just maybe..  Greece, Europe and really any other part of the world really does not matter to the vermin who make their living on the trading floor?
This is the mindset of the soulless whose professions center around Wall Street-- Its simply about moving money.  It is a constant, empty, never ending search for an increased dividend.  It market goes up on rumor, hunch or absolutely nothing, you go 'all-in'.  And if there's a drop, you pull out and ask questions later.  Always buy on the dip and chaos/catastrophe make for excellent buying opportunities.
Basically two types of people enter the finance profession where trading/investing is concerned: 1) the pip-squeak Gordon Gekko wannabes with dreams and fantasies in their heads of being the next Warren Buffett, and 2) Those who have it all- enormous wealth, influence and pull in how Wall St ebbs and flows, and Still need to keep making money, as if they will magically be the first to figure how to take their wealth with them when their bodies are dead and cold, placed in a box six feet under or cremated into ash.
Like him or loathe him, Steve Jobs had that mindset- make as much profit as possible even while body was ravaged with cancer.. keep making money (many have even dared to rationalize the pursuit as therapeutic and a reason to wake up in morning), and increase his private stock dividends in his company until his last breath was expunged.
So what is the point of all this, really?
Honestly- A&G have always hated the admiration and respect that investors and the well-to-do of Wall Street receive from everyday people.   These people really are not worthy of the respect they receive. 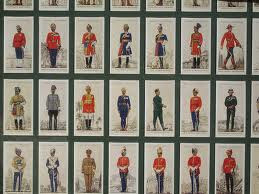 ~ There was a time military figures were collected like baseball cards
Historically, in the 18th and 19th century, Americans admired military officers, politicians, writers, poets, painters and composers. And as the 19th century drew to a close, the admiration shifted somewhat to inventors and innovators. In the 20th century, the shift began towards entertainment- singers, actors and athletes were adored and beloved by the masses.  And for a brief time post WWII, Americans extended admiration to astronauts and anyone involved with space travel.
But a funny happened along the way between 1945 and 2011--  Americans began admiring corporations, brands, brand names, and the need for status and separation among their peers as the people flocked in droves to the suburbs.
Admiration then extended into entrepreneurs, the super wealthy and by the 1980s, the beginnings of admiration toward the every-day Investor, which really picked up by the 1990s with expansion of personal computers and availability of any everyday person to become a daytrader.  And suddenly the thoughts and opinions of bottom-feeders became important and networks like CNBC were born.
The admiration phenomenon for mainstream Americans really begin in the mid 1980s with the release of Oliver Stone's "Wall Street" where he created the iconic character, Gordon Gekko, referenced prior and played by Michael Douglas. This opened the door for mainstream America to see the inner-workings of the Reagan 'Revolution' as it applied to the stock market.
The axiom of Gekko's, internationally recognized even today, was "Greed is Good".  The character, and all he represented became qualities worthy of emulation.  Most people are like Charlie Sheen's character 'Bud Fox'- they really do admire people like Gekko, and in the real world, people like Buffett, Bill Gates, George Soros, Nike CEO Phil Knight, etc.. people with unlimited amounts of wealth who Must keep making more and more. 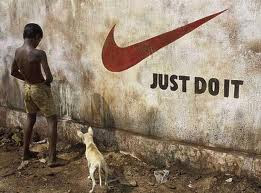 And like it or not, it has been this admiration and fascination with those involved in Wall St which has lead to three economic bubbles crashing since 1986 (Savings & Loan bubble, Dot-Com crash and popping of the Housing bubble) which brought on a recession-depression, of which we're entering year Five with No end in sight (In case you weren't aware, Ben Bernanke is desperately trying to create a stock-market bubble now as the way to 'fix' the economy's malaise)

There is no real public upswell to stop the bailouts, to reinstitute Glass-Stegall and implement other tough standards upon the banking and finance industry.  OccupyWallStreet is good but took them Three Damned Years to wake up..

People admire profit, wealth accumulation and honestly believe if they worked hard enough, they could be a billionaire too.  We justify and rationalize bad & immoral behaviors among companies such as their nickle and dime attitude towards providing fair wages, outsourcing of jobs, and closing of factories to nations abroad, while still loyally buying their products.   And that mindset has fucked over not only this nation but caused irreparable harm to the rest of the world's economies.

Any change in the future of our society for the better, will not be based so much on policy decisions of our leaders, but on the types of people we as a society choose to respect and want to emulate.  Will we continue looking up to people with insatiable greed as heroes for our children to aspire to be like?  Or will the world evolve and seek out better representatives of what a quality human being should be?
That is an open question to which we won't have a clear answer for some time.
Posted by dsasR at 10:31 AM